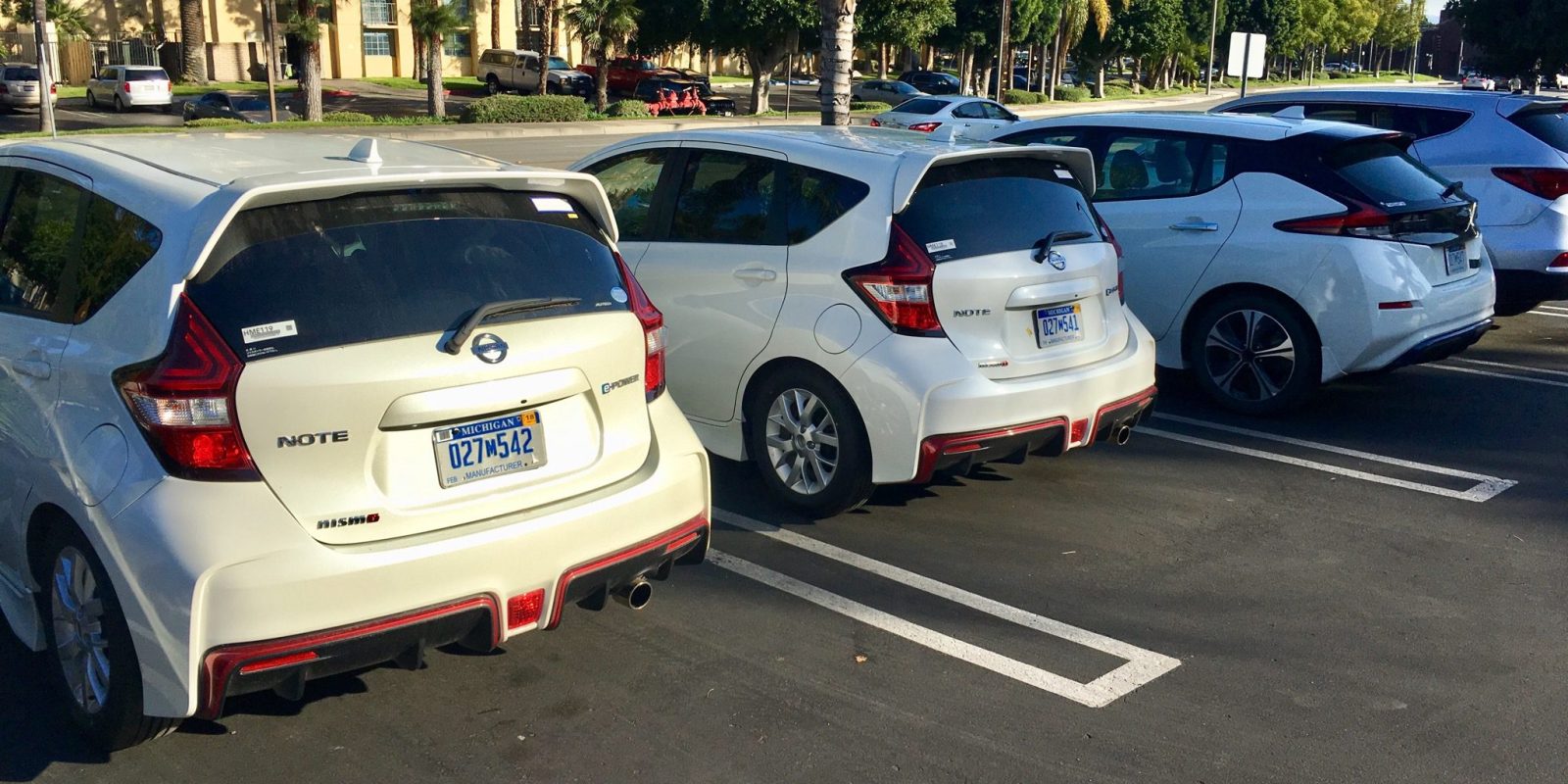 Those disappointed by the next-generation Nissan Leaf due to its smaller than anticipated battery pack and unimproved charging capacity might not have to wait too long.

The 2019 Leaf is expected to fix those issues and now a partly camouflaged new Leaf has been spotted testing alongside the Nismo Note e-Power.

A leak last month showed that Nissan is planning to add a new powertrain to the next-gen Leaf in the 2019 version.

The new version of the vehicle would feature a 60 kWh battery pack as expected, but also a new 160 kW electric motor and 11 to 22 kW onboard charger.

The new battery pack would also be widely different from Nissan’s previous battery pack technology. It is expected to be equipped with LG cells instead of cells from AESC, Nissan’s own battery company which they sold this summer, and a new thermal management system.

Those changes are also expected to enable a higher DC fast-charging rate of “~100 kW.”

This new version is should be unveiled in the next few months for a launch by the end of the year.

Now ahead of the launch, Sam Chen spotted a strange group of Nissan test vehicles in Southern California this week. He sent us a few pictures:

The vehicles feature manufacturer plates, indicating that they are part of Nissan’s test fleet, and all the badges on the Leaf have been covered.

Nissan e-Power vehicles have been launched in Japan last year, but they have yet to be available in the US. They are equipped with a hybrid powertrain that works with a gas generator charging a battery pack which feeds the electric motor. There’s no plug to independently charge the battery pack so the vehicles are entirely powered by gas.

The Notes are equipped with Nismo body upgrades and while Nissan did unveil a Nismo next-gen Leaf last year, this Leaf doesn’t seem to feature any of those body changes.

But the fact that Nissan is hiding the badges leads me to think that we might be seeing the first Leaf with the new 2019 powertrain, which is rumored to be called e-Plus.

It’s exciting because I think the 2019 Leaf will be the version really deserving of being called “next-gen” while the 2018 Leaf was mainly a design refresh in my opinion.