Nissan’s next-generation Leaf was expected to have a battery pack option to push the range over 200 miles in order to compete with Tesla’s Model 3 and GM’s Chevy Bolt EV, but it ended up with a 40 kWh battery pack enabling 150 miles of range.

The Japanese automaker did say that a longer range version would come by the end of the year, but now a report claims that it will offer much more than just more range.

Push EVs claims it obtains slides, apparently from Nissan, disclosing information about the upcoming Nissan Leaf 2019, which should be released by the end of the year.

Based on the report, the new version of the vehicle would feature a 60 kWh battery pack as expected, but also a new 160 kW electric motor and 11 to 22 kW onboard charger.

First off, they are reportedly changing battery cells from AESC, Nissan’s own battery company which they sold this summer, to LG Chem.

The new battery pack is also reportedly equipped with a thermal management system, which would be a big step up for Nissan.

More importantly, all those changes would reportedly enable a new DC fast-charging rate of “~100 kW.”

Here’s the chart that Push EVs released about the difference between the standard next-gen Leaf and the new one coming for the model year 2019:

Push EVs is being cagey how they got the information so I would take this with a grain of salt, but the documents and specs look legit.

Now we are talking. It’s not just a design refresh and more range, but a significantly better and presumably more robust battery pack that will enable the long-awaited higher charge rate.

When Jameson posted The Electrek review of the 2018 Nissan Leaf, he wrote that it “fills the space between entry-level EVs and Tesla Model 3/Bolt EV.”

Interestingly, Nissan thinks the same. Here’s how they see the EV segment distribution: 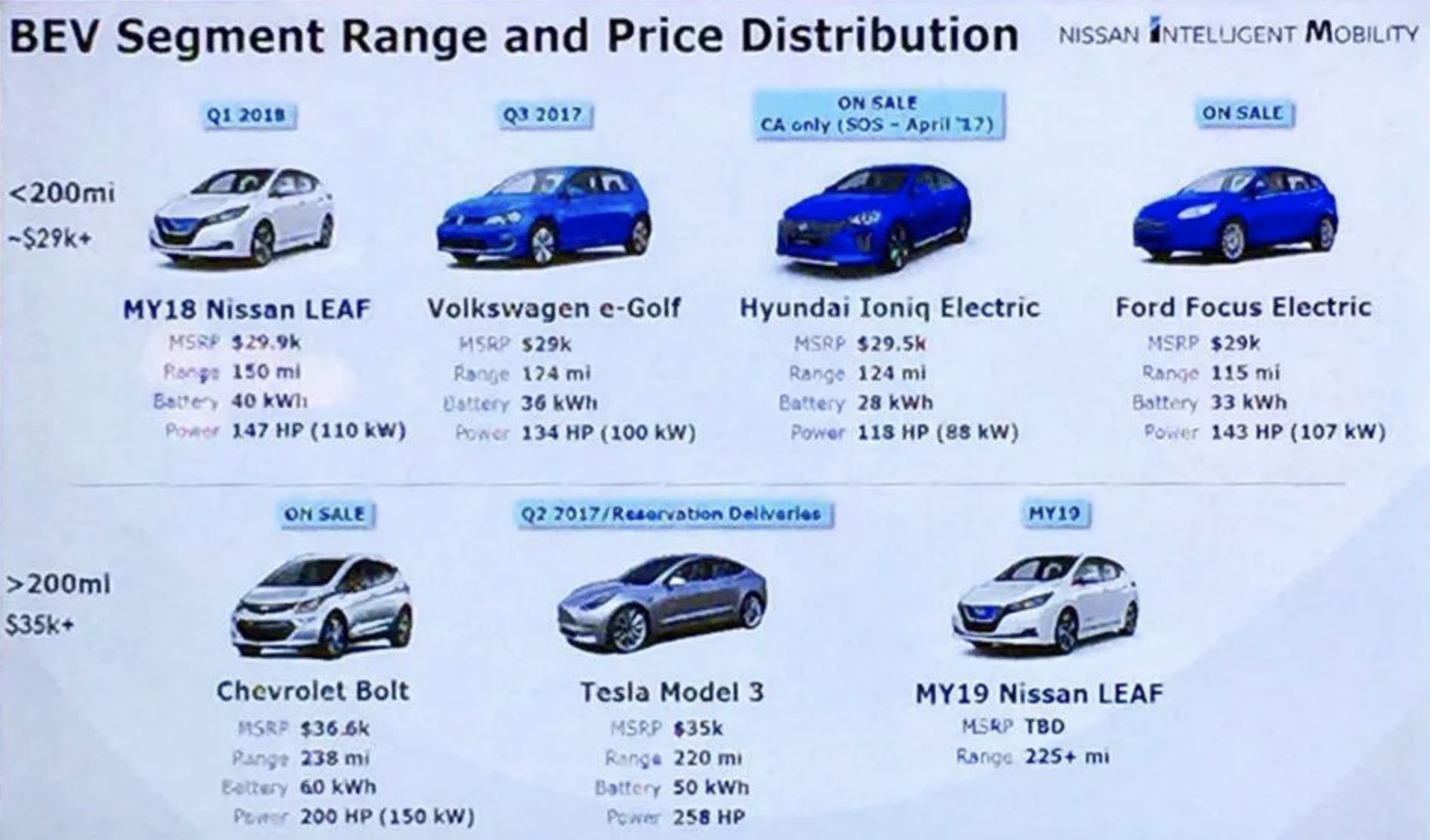 I think that’s a fair assessment since the new Leaf won’t come close to competing with the Model 3 and Bolt EV until it gets those new upgrades.

Either way, we are starting to see a real all-electric segment forming and real options coming to market. The more it grows, the more market share it should steal away from gas-powered cars.