Despite its production plan for the all-electric SUV FF91 falling apart over the last year, Faraday Future claims that it can still bring the vehicle into production by the end of the year.

The company appears so confident that it now even teases future vehicles this week.

FF announced plans to build a $1 billion electric car factory in Nevada in 2016 and it received a $300 million incentive package in order to build the factory.

The company ended up not doing a lot more than moving some dirt around on the land it acquired and finally abandoned the plan last year while it was running out of cash.

They instead bought an old tarp manufacturing facility in a farm town between Los Angeles and San Francisco and announced plans to convert it into a high-tech electric car factory.

Despite the significant change of plan, the company still claims that it can bring its first car, the FF91, to production in 2018.

As of last month, we received reports that little work has been done at the new facility. Though to be fair, the company was reportedly running out of cash and claims to have only received its latest cash infusion in December.

The details of the funding round are still murky at this point. CEO Jia Yueting (YT) claims that they received over $1 billion without disclosing the investors.

Their production plans have since been moving forward and they held what they called a ‘2018 Global Suppliers Summit’ at their headquarters yesterday:

Counting down to FF’s 2018 Global Suppliers Summit at our HQ tomorrow. #fighttothefirst pic.twitter.com/4r3joMToCf

A source told Electrek that they invited suppliers to discuss their current plans and built trust with suppliers. The company has lost a lot of credibility with suppliers over the last year after being involved in a large number of lawsuits from suppliers in its short life.

YT spoke at the event along with the few top executives who haven’t left the company recently; former Tesla executives Nick Sampson and Dag Reckhorn.

Most other executives left over the last two years with a large group leaving at the end of last year to join the new EV startup of FF’s former CFO and CTO.

While the focus was on the FF91, Sampson teased future products during the event. FF released this image: 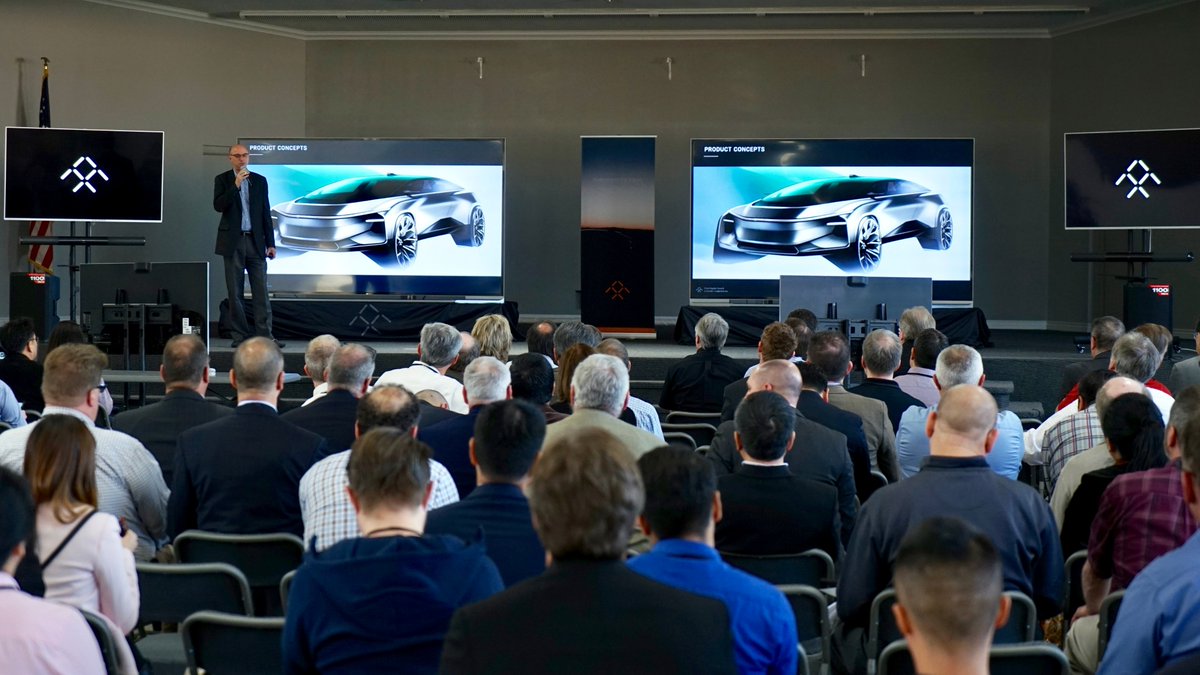 The company is rumored to be working on a more affordable car than the FF91, which doesn’t have an official price yet, but rumors have put its price anywhere between $150,000 and $300,000.

I know it’s hard to take FF seriously at this point, but if they truly managed to raise $1 billion in December, it means that they are certainly not out of the game.

Though I still seriously doubt their ability to bring the FF91 to market by end of the year regardless of their cash position.