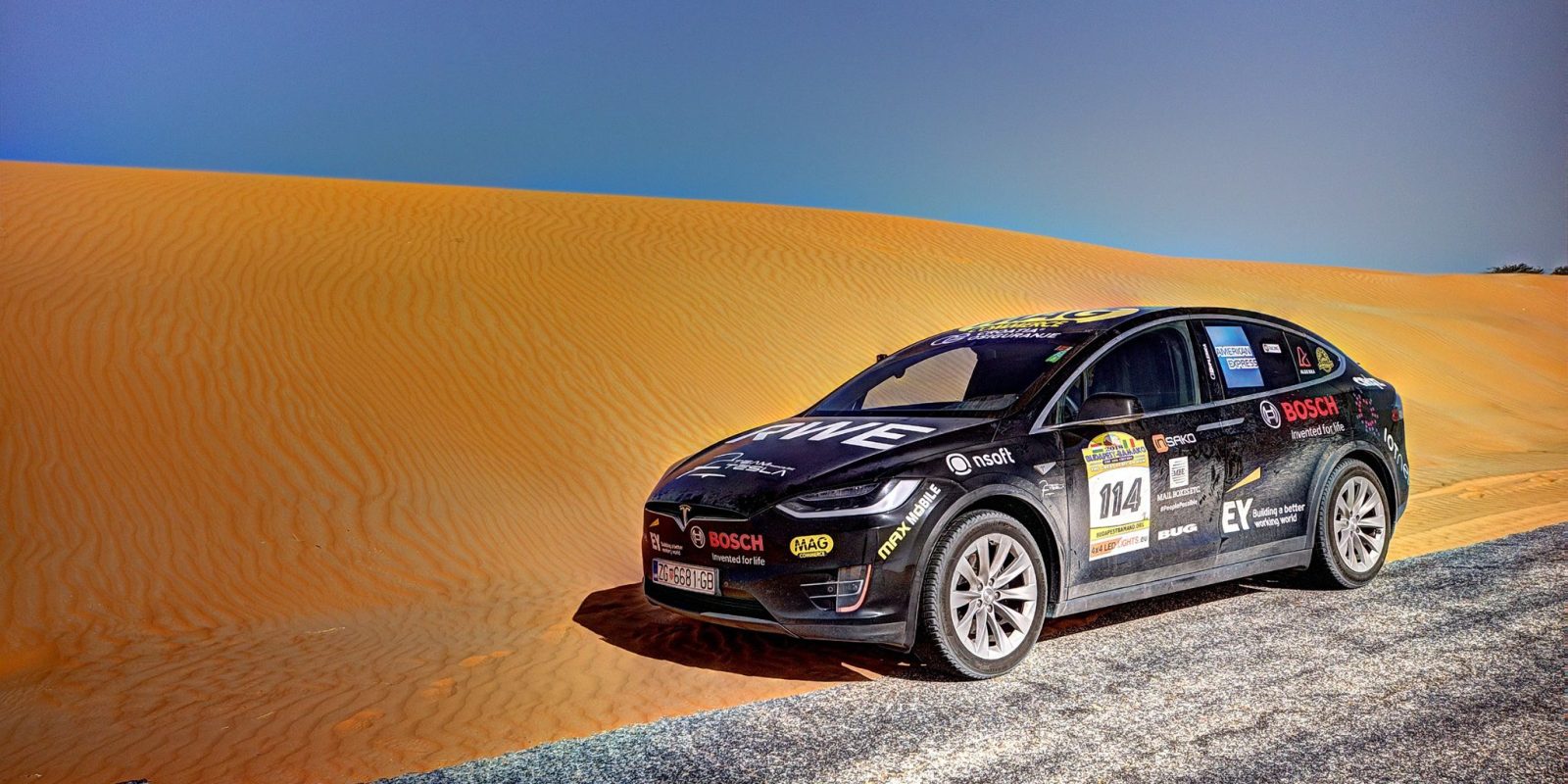 A Croatia-based team used a Tesla Model X to become the first to complete the Budapest-Bamako Rally, one of the largest amateur rallies in the world, using an all-electric vehicle and to cross the Sahara desert in the process.

As I often try to communicate, electric car range anxiety is not a real problem in most countries with charging infrastructure and a decent navigation.

Unless you are unable to do some minimum planning, it’s hard to run out of power.

That’s why this is an impressive feat accomplished by ‘Team Tesla Powered by RWE’ in the Budapest-Bamako Rally.

Last month, they drove over 8,600 km in 16 days in order to successfully complete the rally. They documented their journey on their Facebook page.

Here a few images and moments that I found interesting.

Now, this was far from a “zero-emission” road trip. Like their gas-powered counterparts who relied on gasoline resupply, they had to partly rely on a gas generator to recharge the Model X: 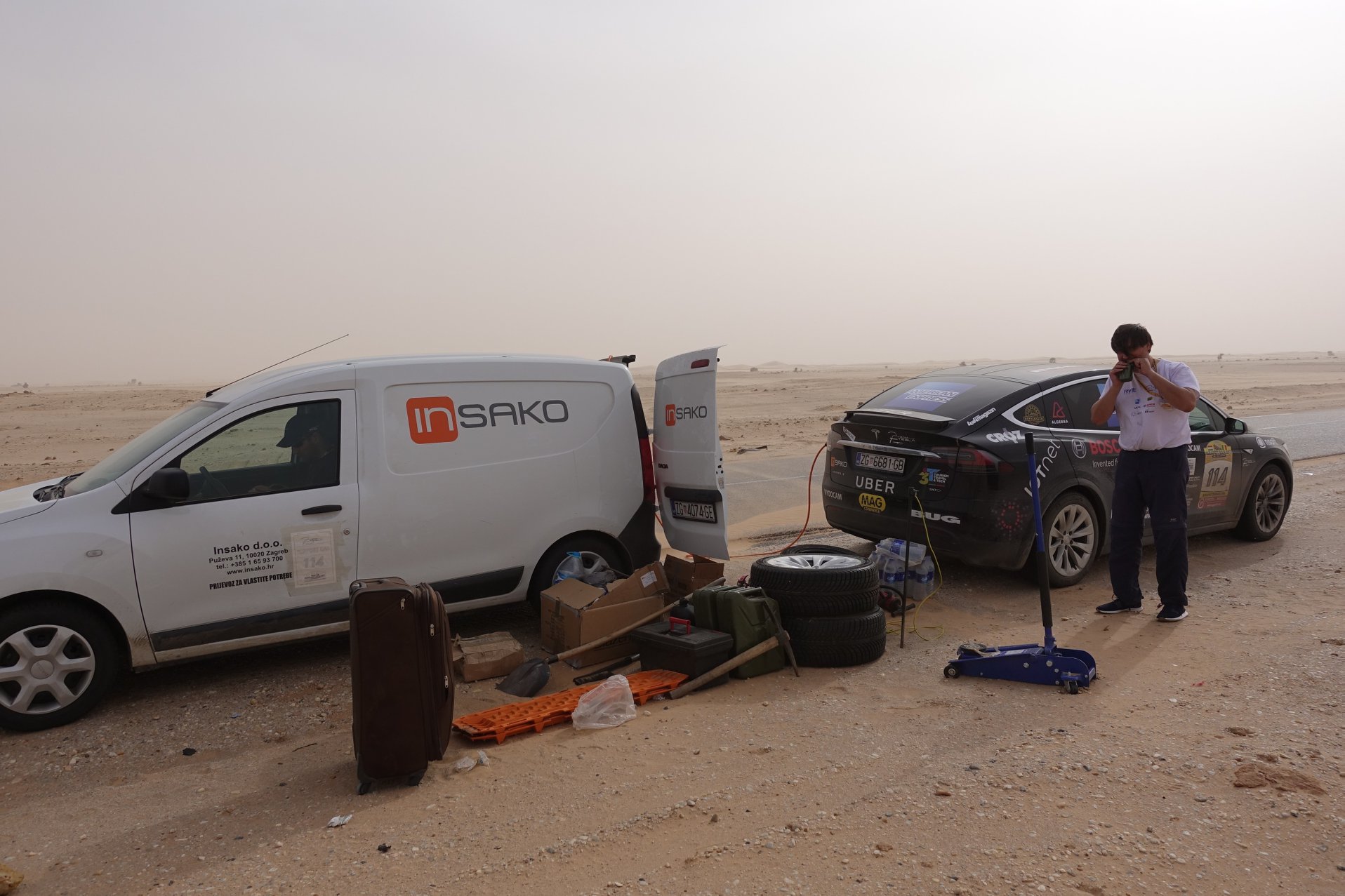 They say that the Model X performed remarkably well in those conditions.

It’s not exactly surprising with the vehicle and its dual motor all-wheel-drive powertrain being tested off-road in the desert before.

As for the support car, it apparently got stuck at one point, according to pictures that they shared:

They also used the local grid instead of their generator when they could, but it was often far from perfect charging solutions

At one point though, they were able to use an actual DC fast-charger with the Tesla CHAdeMO adapter. 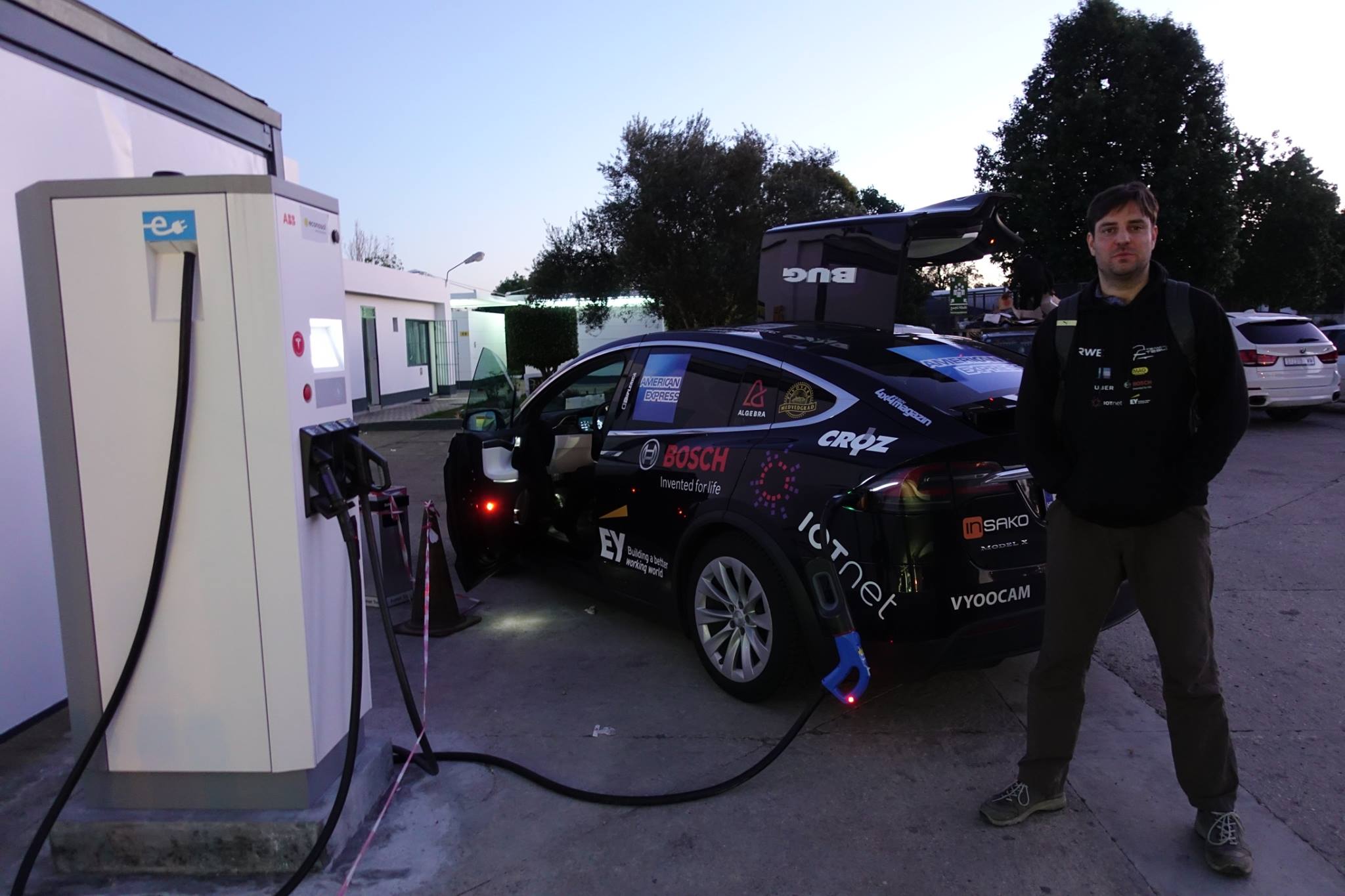 That’s actually a charger installed and paid for by the Tesla Club Morocco. Tesla is not officially in the country yet, and therefore they haven’t built a local Supercharger network. Tesla also doesn’t offer any service for their cars there, but locals have still decided to import Tesla vehicles to the country. 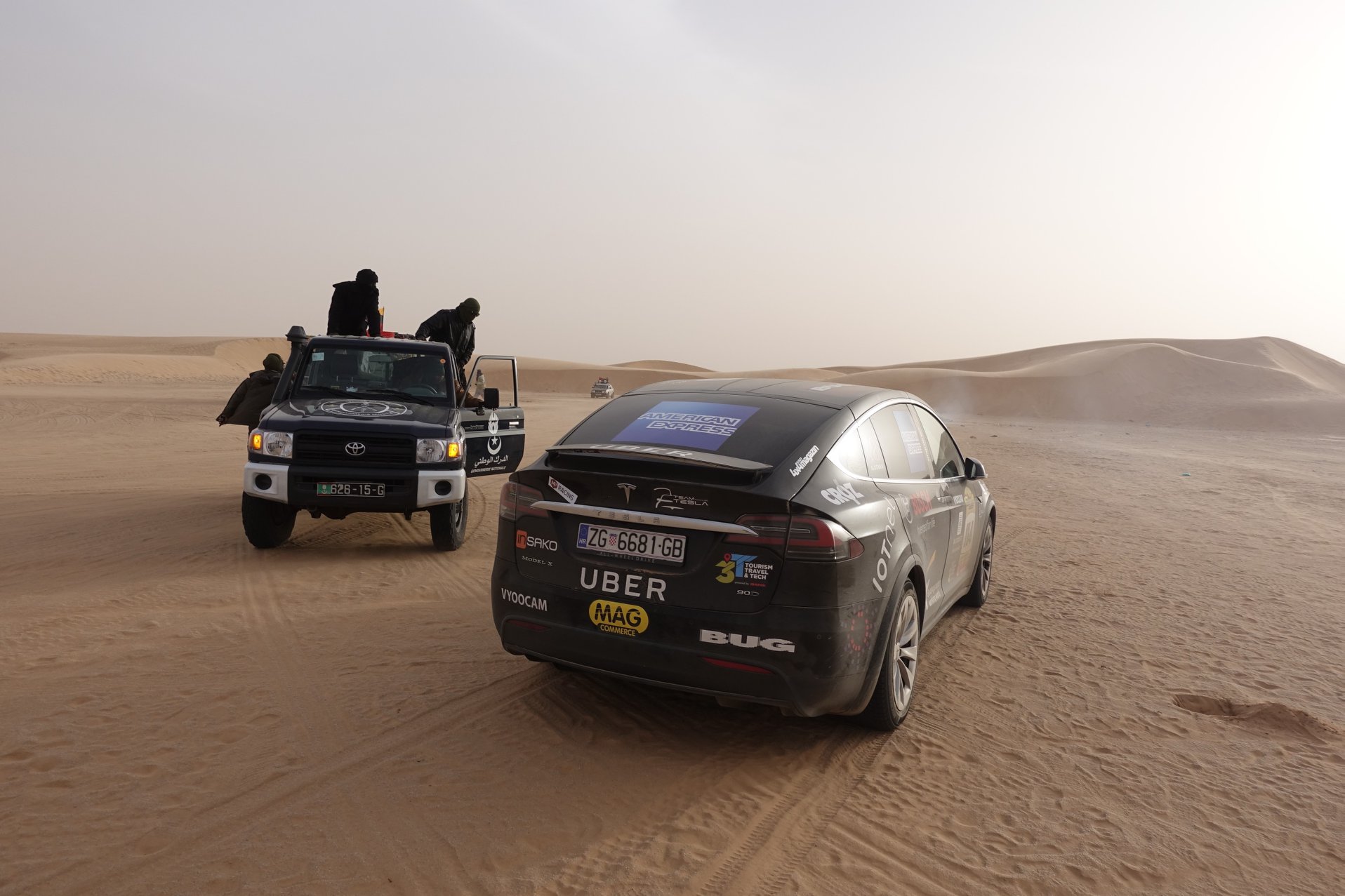 Congrats to the team. They showed that it’s possible and now it’s only going to get easier for everyone else wanting to attempt similar rallies in difficult environments as both charging and electric vehicle technologies improve.

Maybe next time it will be done with a compact mobile solar array and charger? What do you think? Let us know in the comment section below.