Now that the new Nissan Leaf is starting to make its way to dealerships in the US, the EPA released its official rating and the new electric vehicle is getting 151 miles and 112 MPGe.

With the new generation of the Leaf, Nissan introduced a new 40 kWh battery pack, which it claimed increased the range of the vehicle to 150 miles.

However, Nissan didn’t manage to improve efficiency with the new generation. 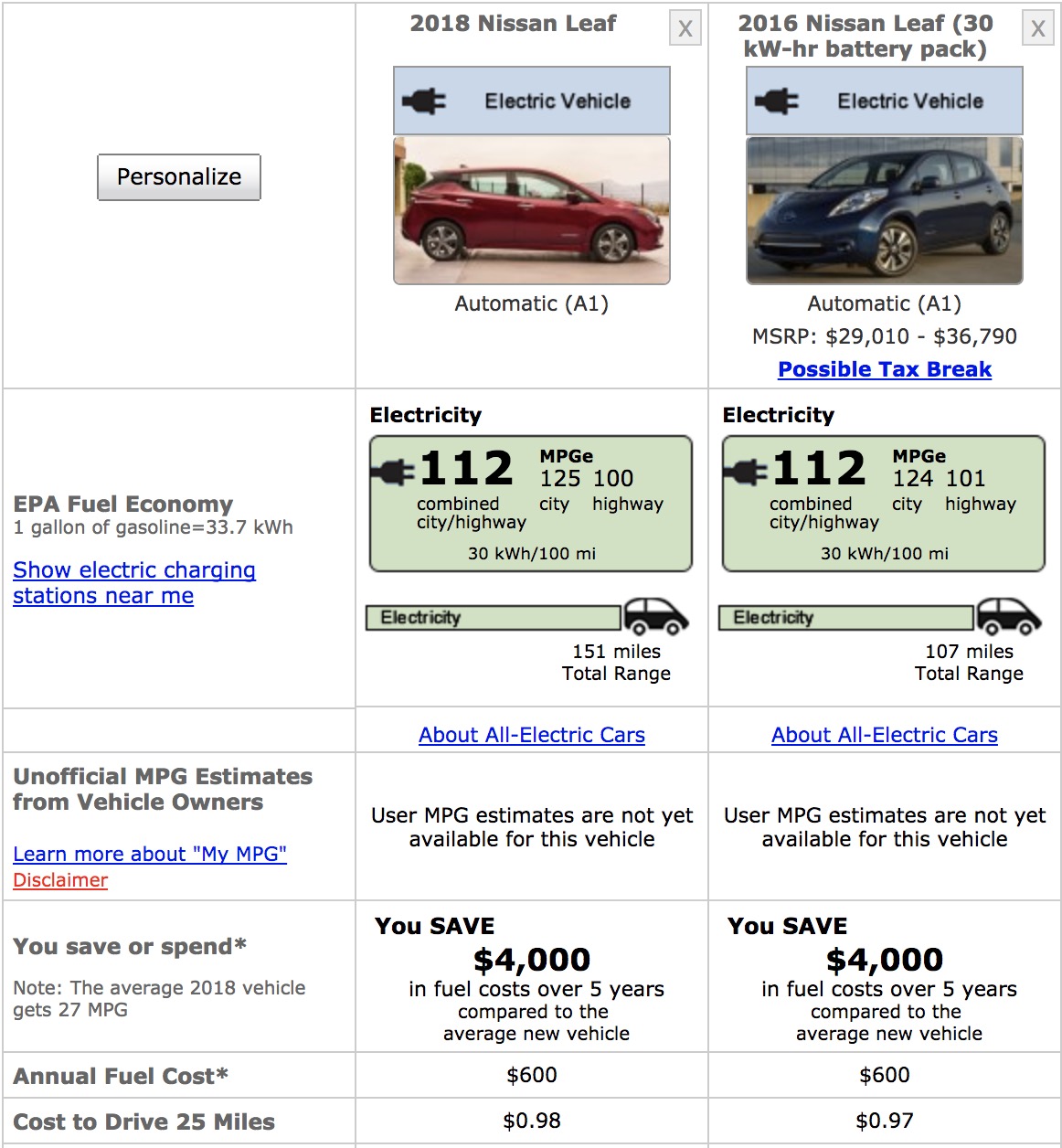 Nissan started producing the new Leaf in Tennessee last month. They opened orders earlier this month as the vehicles are expected to start hitting the dealerships in the US. The Japanese automaker says that it already received over 13,000 orders.

As Seth and I discussed in a recent episode of the Electrek Podcast, we think that Nissan became complacent with the Leaf over the years. They took a long time to redesign the vehicle and now it feels like they are only catching up in terms of specs, instead of leading the way.

But they still have price going for them.

Starting at $30,000 before incentives, it comes down significantly lower than GM’s Chevy Bolt EV and Tesla’s Model 3, especially since Tesla hasn’t started to sell the base version of the Model 3.

After incentives and with leases available, the new Leaf can come down to a reasonable price. You can check with your local Nissan dealer for Leaf inventory.