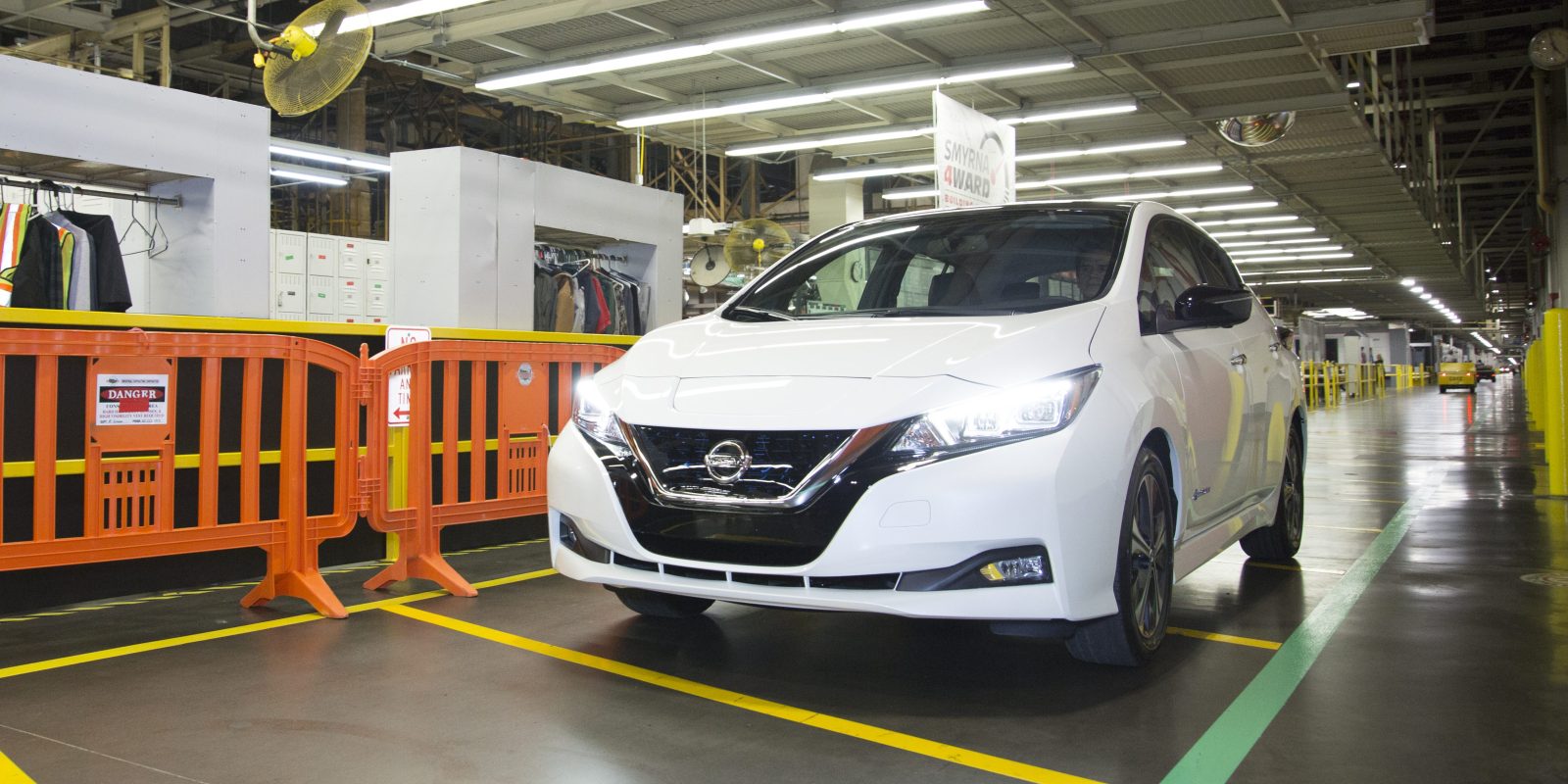 The new electric car should hit dealerships as soon as next month.

The automaker announced the start of production today at their Smyrna Vehicle Assembly Plant in Smyrna, Tenn.

“We’re committed to vehicle electrification and manufacturing in the United States. With the LEAF’s low starting price and latest suite of Nissan Intelligent Mobility features, we’re excited to ramp up production and bring the LEAF to market next month.”

The factory also manufactures the Altima, Maxima, Pathfinder, Rogue, and the INFINITI QX60 for a total annual production capacity of 640,000 vehicles.

The Leaf, which has been produced at the plant since 2013, has been taking a decreasing share of that capacity over the last two years as demand has been slowing down.

They are now hoping that it will change with the next-generation Leaf, which features a new design and a longer range. 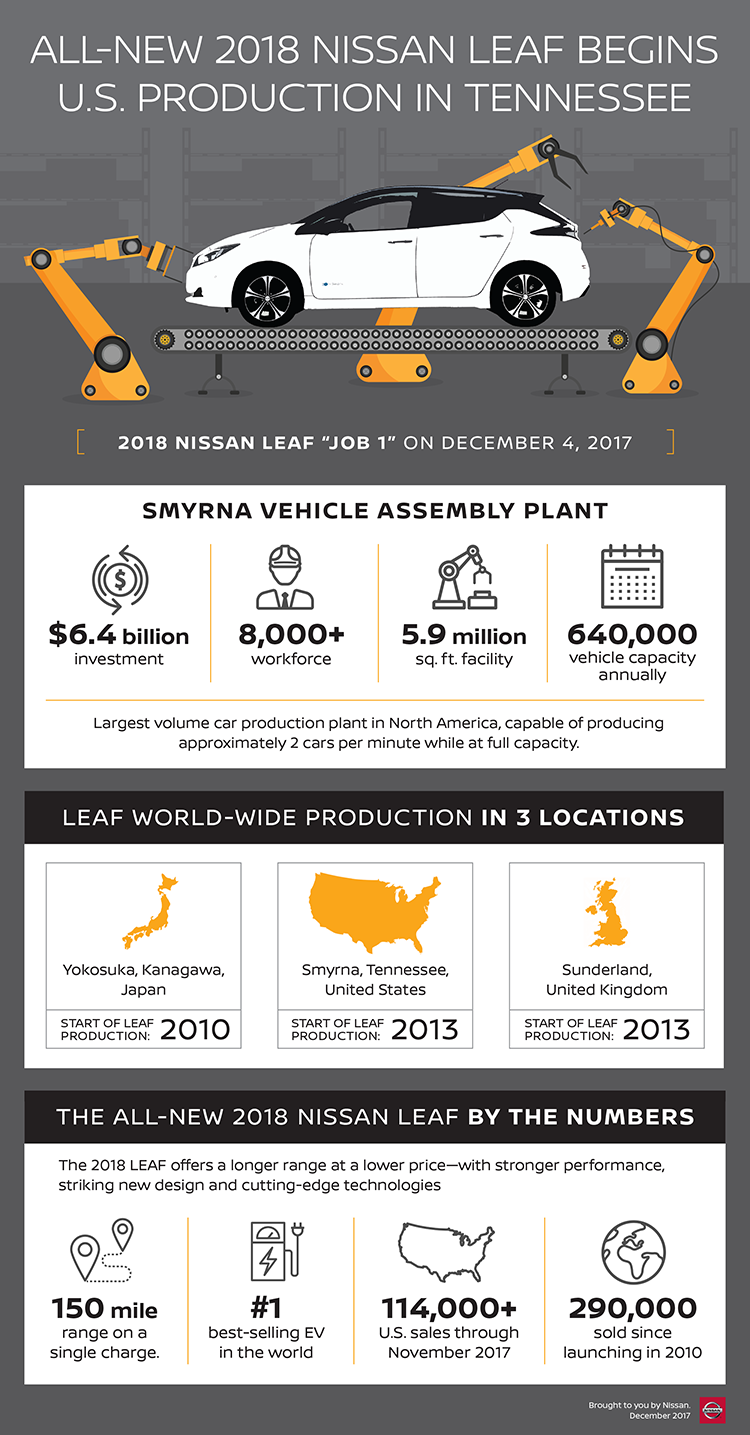 While it is definitely a significant upgrade over the previous generation with 150 miles of range, an advanced semi-autonomous driving system, and power upgrade, it’s still not clear how big the demand will be for the vehicle – especially in the US.

Early demand in Europe and Japan seemed strong. The company confirmed that it received over 9,000 orders for the new Leaf in less than 2 months.

But I think Nissan’s biggest problem is that they confirmed that a new battery pack with longer range is coming soon, which could affect demand.

Yet, this version starting at ~$30,000 before incentives is priced lower than other vehicles like Tesla’s Model 3 and GM’s Chevy Bolt EV.

Maybe they will find a sweet spot with lower range and price until they have an option with enough range to compete with the two previously mentioned EVs.

Either way, I think it will be an interesting first few months for Nissan’s Leaf launch in the US. We are also going to have a chance to try out the vehicle and get back to you with a more in-depth report than we have so far.