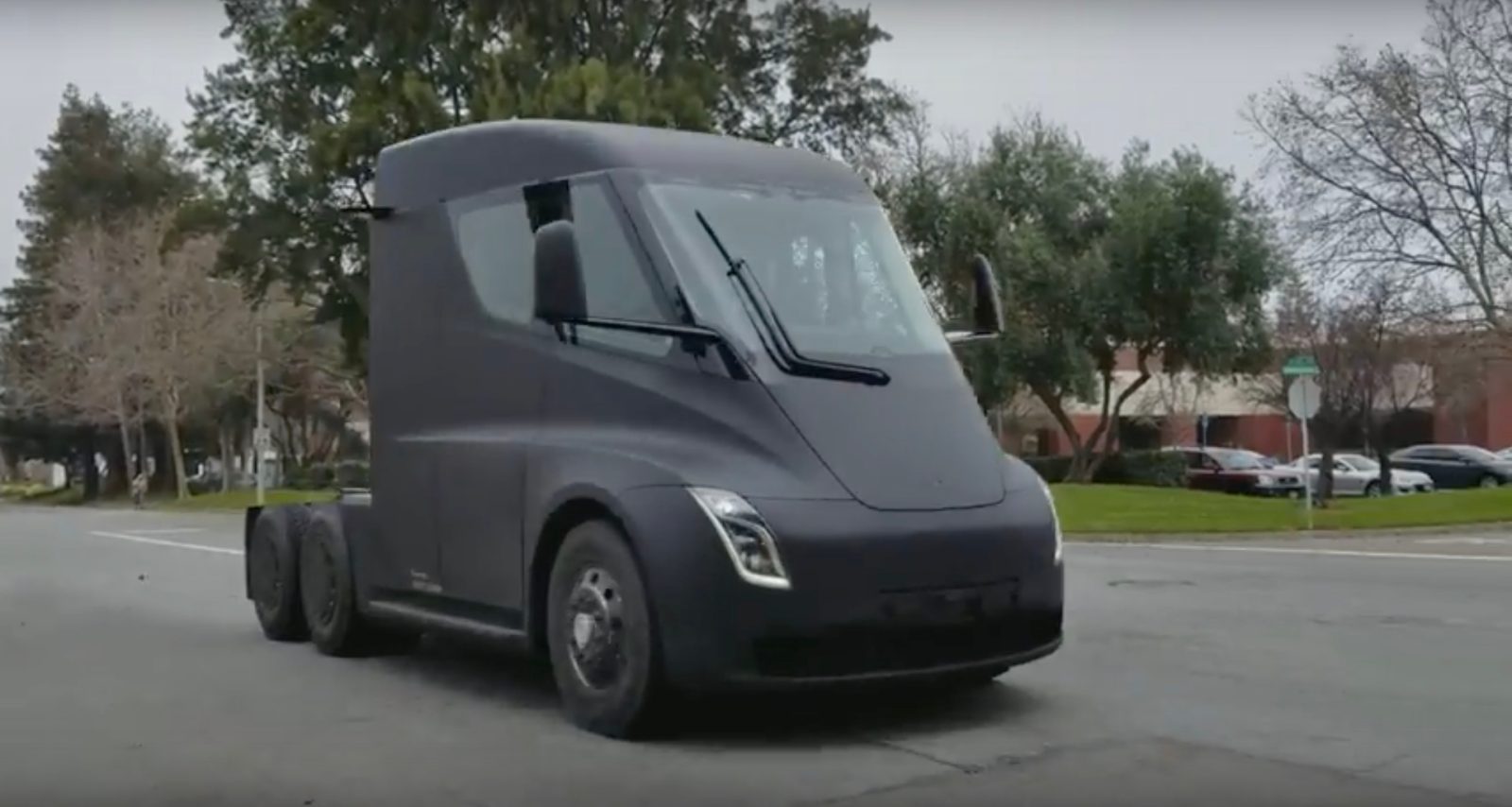 Tesla has a few prototypes and test mules in its test program and one of them was spotted out in the wild.

Aside from press images, our only good look at Tesla Semi prototypes was under some pretty dark mood lighting at the launch event in November.

But some spy footage released last month showed a Tesla Semi prototype driving in broad daylight – giving us probably the best look at the electric truck.

Tesla unveiled two truck prototypes with different configurations. Only the silver prototype with a higher roof configuration was spotted in the wild, but now the latest sighting is of the matte black prototype in the Bay Area.

It’s admittedly a short video, but it looks like that truck moved quite swiftly.

When Tesla unveiled the prototype, it didn’t have side view mirrors, which of course is currently not road legal.

But the prototype now has the mirrors installed:

It’s interesting because the lack of mirrors certainly improves aerodynamics, which is a big part of the reason why Tesla is achieving some impressive specs with its semi truck.

Tesla surprised the industry when it announced that the trucks will be able to achieve ranges of 300-500 miles on a single charge depending on the configuration.

It would be interesting to see what the difference in range would be with and without the mirrors, which can actually create some significant drag.

While the specs are quite unbelievable, a Tesla Semi test program partner said last month that performance specs are for real after having performed some tests themselves.

Tesla plans to bring the vehicle to market as soon as next year. Hopefully, we will get a better look at the roadmap to production over the year.