With focus on China and reducing battery costs at scale, GM intends to be profitable on EVs by 2021

With the relative success of its Chevy Bolt EV and the hunger for EVs in China, GM is one of the few big automakers actually trying to build a business around electric vehicles. CEO Mary Barra has committed separately to 5 crossovers, 2 minivans, 7 SUVs and 10 new electric vehicles by the end of the decade in China.  But with the Bolt EV reportedly losing up to $9000 per vehicle initially, how does the company get to real profitability with these vehicles?

Today in a Reuters report, GM outlined some of the steps to profitability in EVs which won’t be unfamiliar to readers of this site. Battery costs are expected to drop by 45% at the cell level over the next 3 years. GM expects to get prices down with a proprietary chemistry change, dramatically dropping the amount of expensive and controversial cobalt and adding nickel to the mix, allowing each battery to store more power.

As with other organizations, GM expects to drop the price of its battery pack by making the packaging, management and cooling systems cheaper and more efficient as well.

Battery experts said the full cost of a GM battery pack, such as the one used now in the Bolt EV, is $10,000-$12,000, or nearly one-third of the car’s $36,000 [$37,500 last time we checked –Electrek] sticker price. By 2021, however, that price could drop to $6,000, according to consultant Jon Bereisa, a former GM engineering director who helped develop the Chevrolet Volt hybrid and spearheaded much of the automaker’s early lithium-ion battery development.

That price drop will mostly make up for the US Federal EV incentive dropping off over the next few years but other efficiency gains will need to be made to make EVs line up with gas powered competitors. 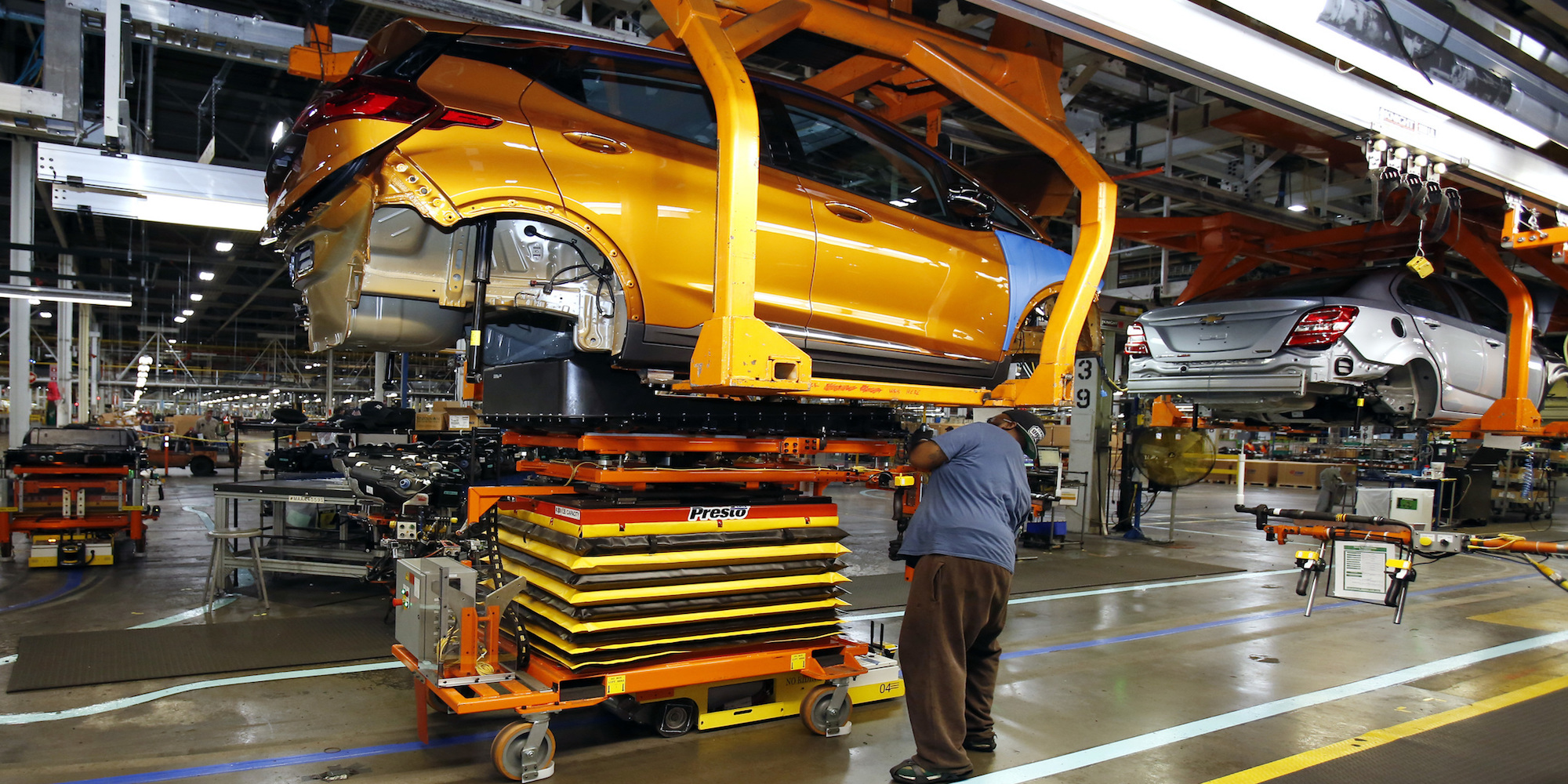 The overwhelming advantage GM has over Tesla and other EV startups is that it knows how to make vehicles at global scale with a mastery of supply chain. It has done this for a century and provides the opportunity to get prices way down to competitive, yet profitable levels in China.

In addition to improving battery and vehicle design and performance, GM is working with Chinese partner SAIC to reduce the cost of assembling electric cars. Sources said GM and SAIC are designing dedicated electric vehicle factories in China that are far smaller, less complex and more efficient than a conventional car plant.

That’s the second time we’ve heard that EV plants can be smaller and more efficient than ICE plants.

While we’re bullish on Barra’s plans, this paragraph was admittedly depressing:

If GM can meet Barra’s ambitious profitability target, then it will house two different businesses by the mid-2020s: A traditional focus in North America on trucks, sport utility vehicles and cars fueled with petroleum, and a global electric car company centered in China, branching into pay-per-use services such as robotaxis.

If GM does get to profitability in EVs, it will have little to do with the US market and the company will continue to churn out gas guzzling, phallus-compensating, noisy dinosaur vehicles. It seems like the excellent Bolt, which is built and mostly sold in North America, to the consternation of Europe and the rest of the world, is an anomaly and something that GM doesn’t necessarily want to double or triple down on.

But maybe Reuters has it wrong? I can imagine GM selling unreal numbers of the below SUV based on the Bolt platform, ‘leaked’ in a Powerpoint last year.

GM has a long way to go. The 5 crossovers, 2 minivans, 7 SUVs that GM plans to electrify in the coming years will hopefully see their way to the US market. GM will also need to come up with a cohesive long range charging plan for these vehicles. Currently GM simply points to EVGO and ChargePoint who have entirely separate business goals. At this moment for instance, there is no way to quickly charge a Bolt between Los Angeles and Phoenix, two of the hottest EV markets.

Most importantly, GM has to tell the story of EVs, why they are important and superior to ICE vehicles. They have to convert their US base of vehicle owners to electric. That’s going to take an overhaul of dealerships, some smart and influential marketing and a genuine belief at the company that EVs are the near future.

So far, in the US at least, GM is still falling short.