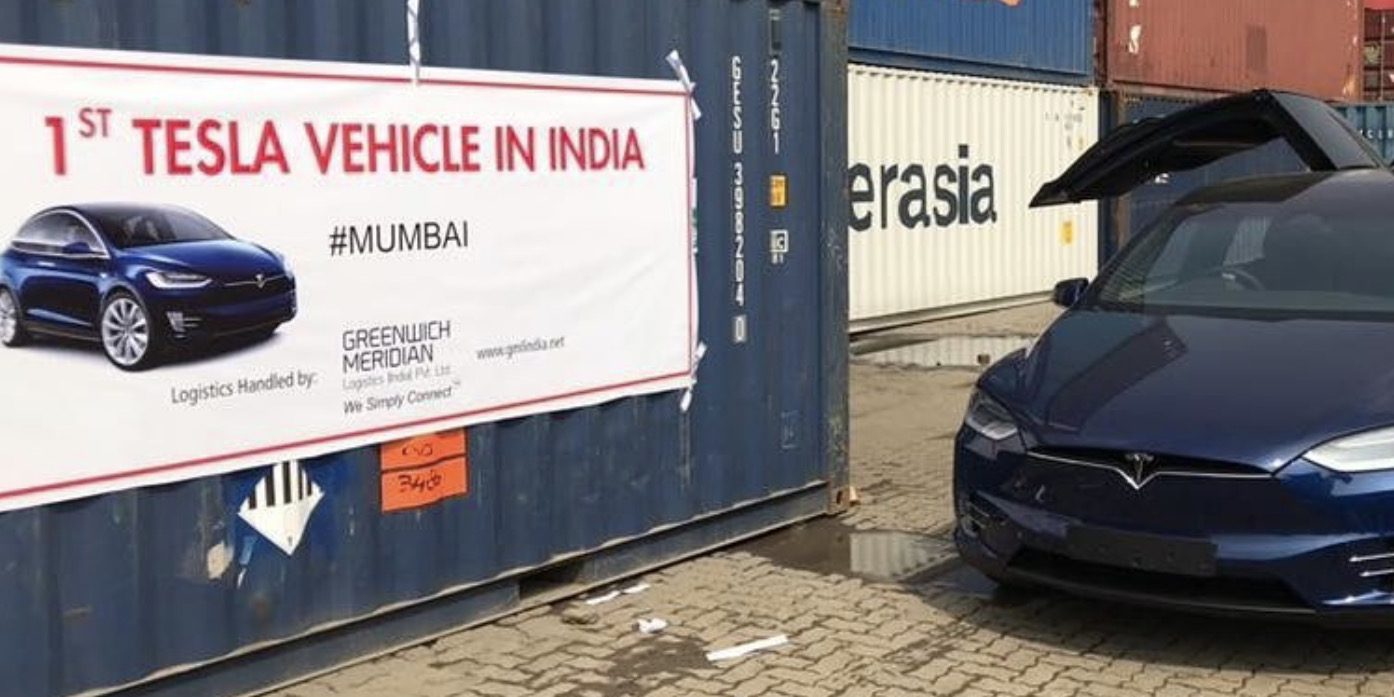 India is the biggest automotive market that Tesla has yet to enter. The company had previously announced expansion plans in the country, but those have been delayed following difficulties navigating the local regulations regarding importations versus domestic manufacturing.

In the meantime, locals have started importing Tesla’s vehicles into the country privately.

Tesla CEO Elon Musk said that Tesla had plans to enter the country last year, but those plans have been delayed.

It followed some confusion over Tesla’s ability to even import its vehicles in India that came to light earlier this year.

At the time, Musk expressed concerns about local regulations forcing foreign retailers to source 30% of their parts locally that could prevent a launch.

The commerce and industry ministry responded to Musk telling him that he was wrong, but they actually assumed that Tesla would open a factory in India in order to sell cars in the country, but like almost all markets outside the US, Tesla first planned to import vehicles.

The regulation would indeed prevent, or significantly penalize, Tesla for importing its vehicles unless it starts manufacturing in the country.

But in June, Musk announced that Tesla is negotiating with the Indian government to start importing vehicles and build a factory.

It sounds like the company would like a deal to be able to import its electric vehicles without penalties until they can produce them in the country with a new factory.

While there’s no news on that front, some local buyers are done waiting and started importing Tesla’s vehicles privately. The first one reportedly arrived in Mumbai today

The first Tesla in the country! The Tesla model X is also know as the safest, quickest and most capable Sports Utility Vehicle ever.It is a all-electric car by the US manufacturer made in Fremont California. Production started in 2015. Some of it's Crazy Features: 259Hp-0 to 60 miles per hour in 2.9 Seconds All wheel drive Fully electric with a range of 295 miles on a full charge look at me falcon doors The largest panaromic windshield in any production car Autopilot, autosteer up to 90mph Full self driving capabilities (only in the US) 7 seater Towing capacity of 5,000pounds. Visit our YouTube channel- Autoquest for more. www.autoquest.in #tesla #firsttesla #firstcarinindia #autoquest.in #modelx #selfdrive

That’s a practice that has been somewhat popular in markets where Tesla has yet to enter, but it comes with some significant drawbacks. Of course, the biggest problem is service. If Tesla has no service center in the market, it can be difficult to get your car serviced. Some end up shipping their car to another country or sometimes, Tesla offers to send out a technician.

Other problems, like charging, onboard internet services, and navigation, are sometimes more difficult or not available if Tesla is not officially supporting the market yet.

But it has also being used by Tesla as a way to gauge the interest for its vehicles in a market. If buyers have been interested enough to go through the more difficult process of privately importing its vehicles, it’s a good indicator of the market’s interest.

And there’s definitely interest in electric vehicles in India.

In order to curb the carbon emissions from its growing economy, India is exploring ways to push its entire fleet to be electric vehicles only by 2030. While the demand is especially strong for very small vehicles, the market is just so large and growing that it’s likely going to be worth it for Tesla to launch the Model S, Model X and Model 3 in India.

As we reported last month, the smog was so bad in Delhi that it caused a massive pileup of cars as drivers couldn’t see in front of them on the road. Needless to say, EVs can’t come soon enough in India.