Over the last few months, Tesla has been unlocking more power in its non-performance Model S and Model X vehicles. The latest Tesla vehicle to get the treatment is the Model S 100D.

A new test shows that the vehicle can accelerate from 0 to 60 mph a full half second faster than what Tesla advertises – making the version of the Model S known for its range almost competitive with the performance version.

Tesla didn’t want to elaborate on the significant acceleration upgrade beyond saying that it is from “software and hardware improvements,” but a new part number for Tesla’s rear-wheel-drive electric motor showed up around the same time – indicating that the performance enhancements might be attributed to a new and improved motor.

The differences for the 100D versions were “officially” less significant. Model S 100D’s acceleration was updated to 4.1 seconds down from 4.2 seconds and Model X 100D went from 5.2 seconds down to 4.7 seconds.

Now, it looks like Tesla is actually underselling the performance of the latest Model S 100D.

DragTimes got a brand new Model S 100D loaner yesterday and tested the 0-60 mph acceleration with much better results: 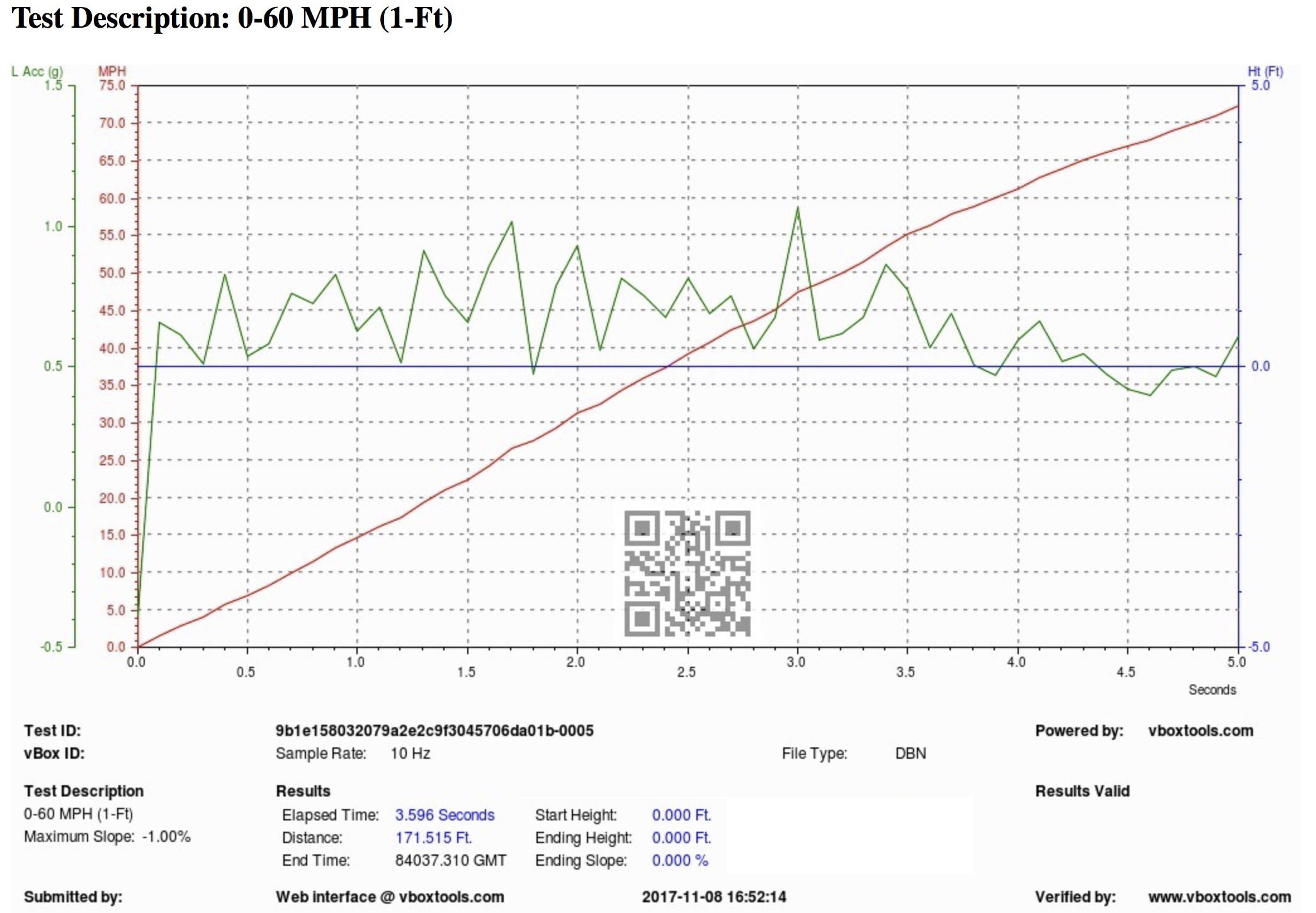 The car accelerated to 60 mph in just 3.6 seconds versus Tesla’s advertised 4.1 seconds.

Interestingly, the car also had the latest software update with ‘Chill mode’, which gives the option to slow down the acceleration of Tesla’s vehicles considerably for those who don’t like the neck-breaking torque.

DragTimes also tested a launch with the Chill mode on and it resulted in a 7.2-second 0 to 60 mph acceleration.