Earlier this year, Tesla CEO Elon Musk surprised some with the announcement that the company plans to add Powerpacks to its Supercharger network and to eventually bring off-grid ‘almost all’ of the charging stations on the network.

Now we learn that Tesla started adding Powerpacks to some Superchargers and it already started to prove quite useful.

Tesla has a Supercharger station in South Mimms near London in the UK.

Like other Tesla Superchargers in the region, it is located at the ‘Welcome Break Services’ where there’s also a petrol station, an Ecotricity charging station, and other amenities.

Waseem Mirza was at the Supercharger station with a Model X last week when a power outage shut down the entire service area.

People had to evacuate since they couldn’t use the amenities. He shared images of the situation live on Twitter:

Mirza realized that surprisingly only the Supercharger still had power in the area:

Tesla confirmed that the Supercharger station stayed online because it is connected to a Powerpack battery system.

It is among the first few stations to be equipped with the system, but the primary use is actually not to serve as backup power – although it has proved useful in this case here.

Instead, the automaker is using the energy storage capacity to reduce the peak power demand at the station when several cars are charging at once. They say that it enabled them to grow the station from 2 to 12 Supercharger bays last year. 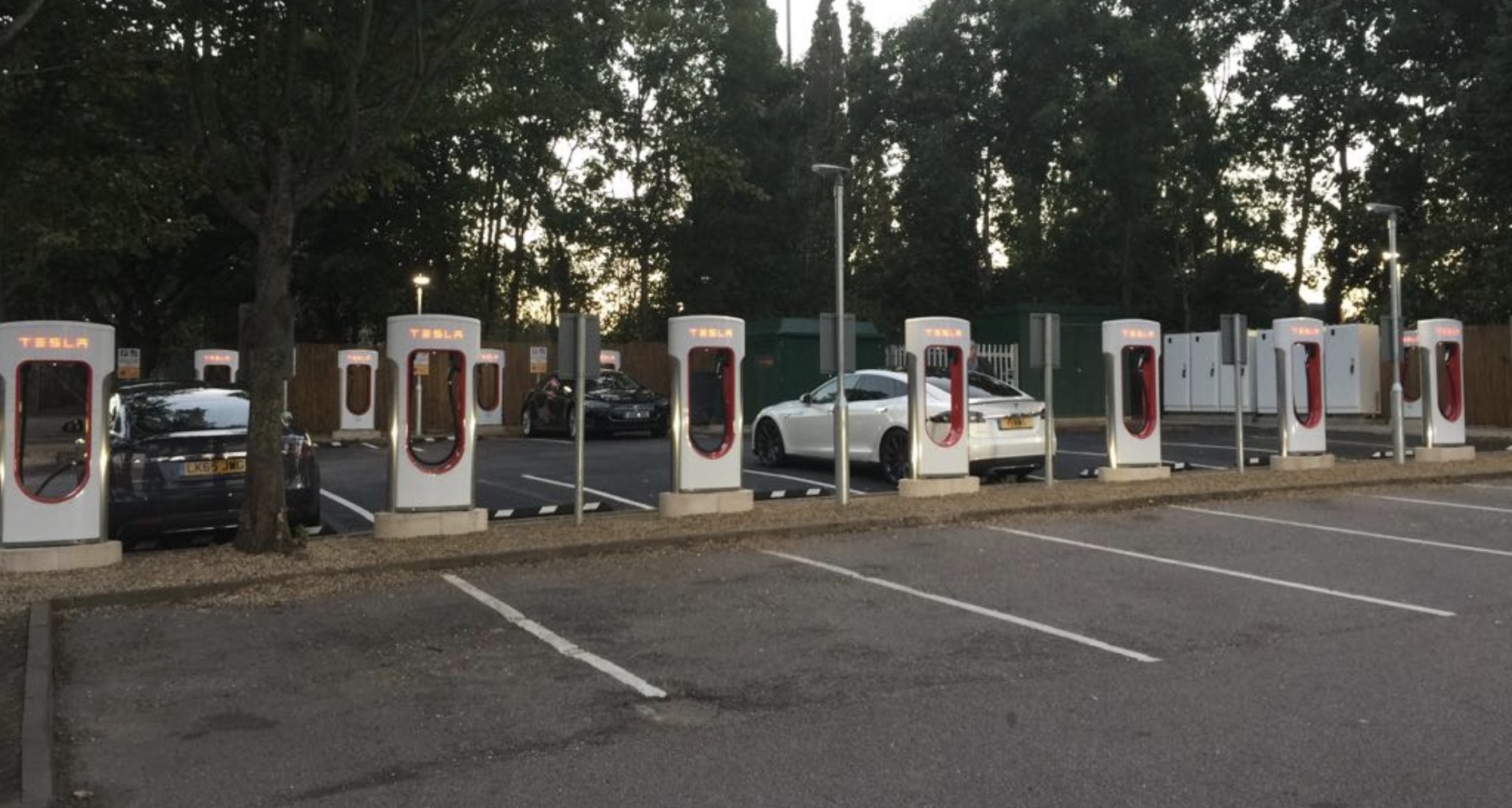 Tesla has long been promising that they would add solar power and energy storage systems at its Supercharger stations.

They now operate over 1,000 Supercharger stations around the world, but only a few are known to have solar panels or Powerpacks.

It’s interesting that we finally start seeing more of them with this station and also solar installations at a new type of Supercharger that Tesla is rolling out.

Furthermore, it also serves as a great example that electric cars are not necessarily as vulnerable to power outages as some would think. The petrol station shut down during the power outage while the Supercharger at the same station stayed online. Afterall, gas pumps need power to function.

Currently, it wouldn’t stay online for long, but with more Powerpacks and combined with solar power, it could even go completely off-grid, according to Musk.

It would also ensure that Tesla’s vehicles would be charged with clean energy.

We wouldn’t be surprised to start seeing a larger deployment of those systems in the Supercharger network as Tesla is aggressively trying to expand the network with a goal to have 10,000 Superchargers by the end of the year. The automaker currently operates over 7,300 Superchargers at just over 1,000 stations.