California-based Zero Motorcycles, one of the biggest makers of all-electric motorcycles, unveiled its 2018 bike lineup this week.

As usual, the company is introducing some new features and improvements to its electric powertrain technology, which now allows for faster charging and longer range.

Zero is offering all the same Zero S, SR, DS, and DSR models, as it was offering with previous model years, but it is updating its Z-Force® battery system with now 3.6 kWh, 7.2 kWh, and 14.4 kWh options.

The previous option with the most energy capacity was 13 kWh.

Riders can still decide to buy the optional range extending ZF3.6 Power Tank, which adds 3.6 kWh of energy capacity and brings the total to 18 kWh with the top battery pack option.

On some of its models, Zero says that the configuration will enable “a city range of up to 223 miles.”

The company is also launching a new 6 kW onboard charger, which isn’t bad (chargers are heavy) for a two-wheel vehicle:

“Every Zero motorcycle can be charged using the standard 110 V or 220 V wall outlets found all over the world. To give riders the ability to cover more ground in a single day, Zero launched a 6 kW Charge Tank that enables charging up to six times faster than when only using the standard charger. The new Charge Tank is compatible with the extensive worldwide network of Level 2 EV charge stations. The new option is available on all Zero S, SR, DS, and DSR models. When combined with the standard charger, the new Charge Tank drops charge times for ZF7.2 models to one hour (0-95%), and reduces ZF14.4 models to about two hours.”

Riders will have access to the extensive network of level 2 chargers everywhere. 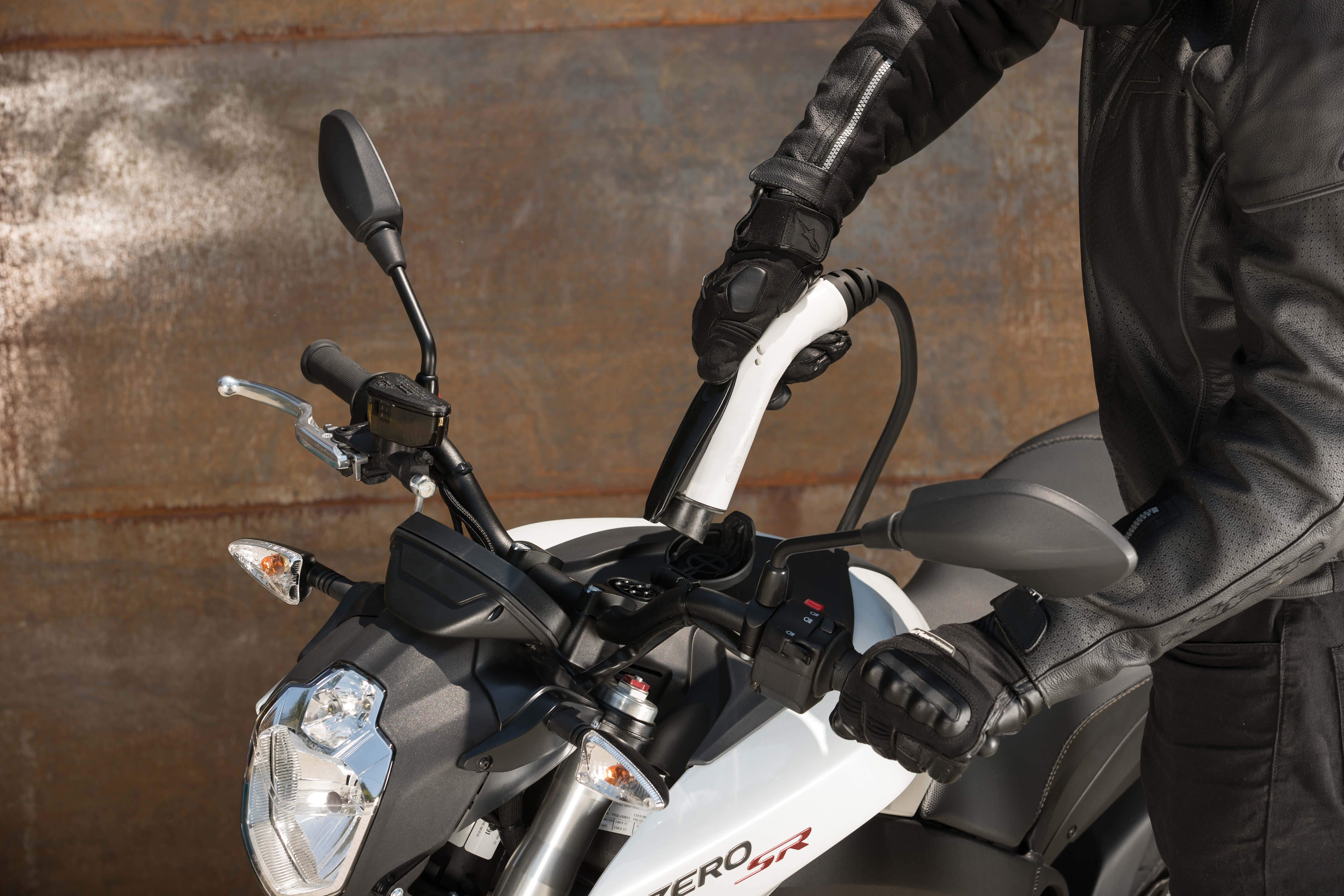 “Zero continues to push the boundaries of what’s possible in the electric motorcycle space. “Riders who’ve been waiting for more range and faster charging don’t have to wait any longer to go electric.”

Beyond those main changes, the 2018 lineup also features general energy density and power improvements, which resulted in ZF13.0 Zero S and Zero DS “delivering up to 30% more power and torque to amp up acceleration at highway speeds.”

There are also a few new colors and aesthetic options. You can visit Zero Motorcycles’s website for more details.

Interestingly, Zero Motorcycles seems to have evolved beyond a motorcycle manufacturer over the last year and started leveraging its electric powertrain technology developed for its bikes to power other vehicles. We saw them partner with Free Form Factory to power ‘the world’s first electric, stand-up personal watercraft’ and Curtiss Motorcycles says they are making a twin electric motor bike with them.