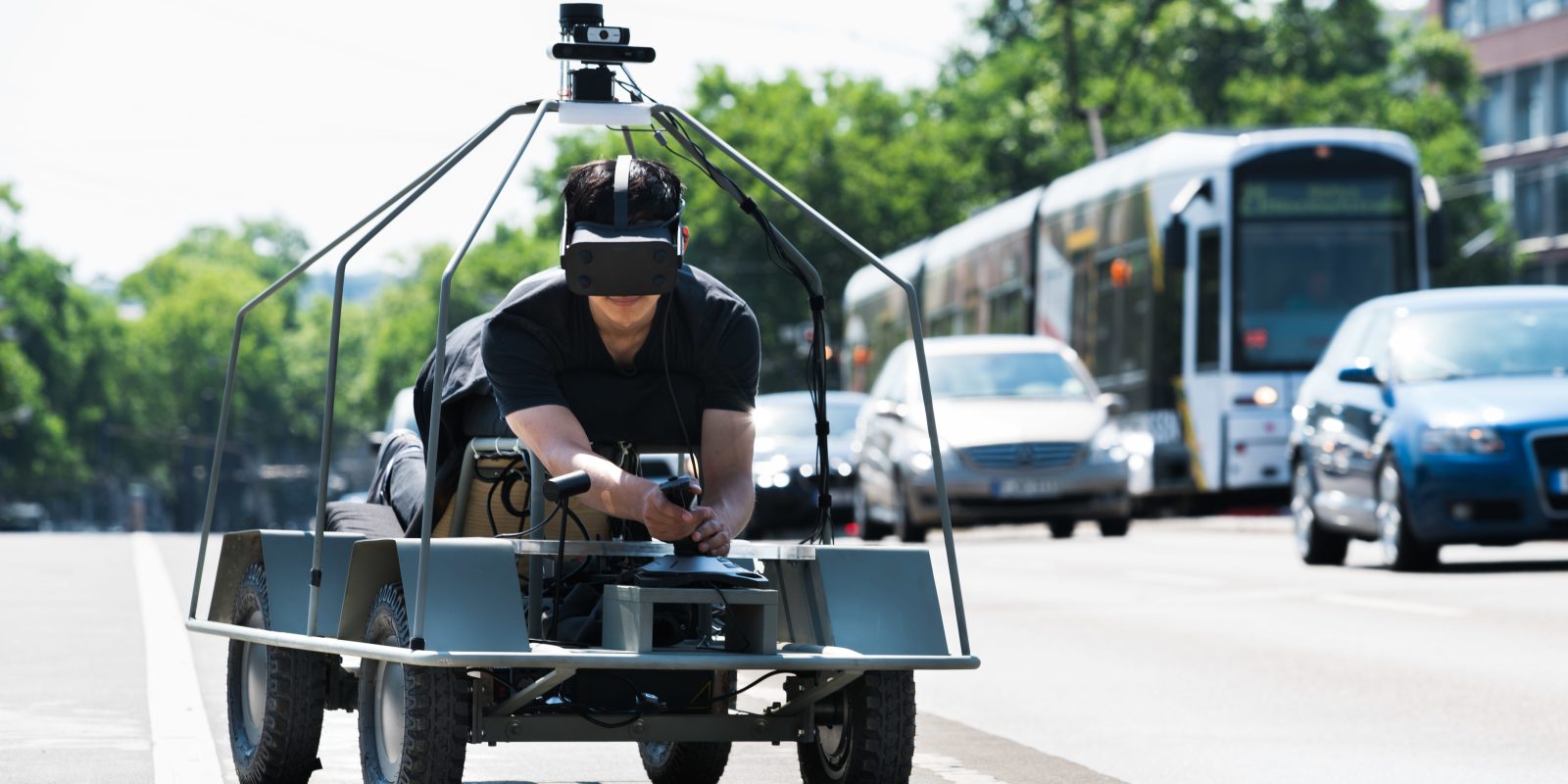 I’m aware that the headline is pretty much an oxymoron and it looks like the stupidest thing from the picture above, but please bear with me for a second because this project is actually interesting.

The moovel Group, a research group owned by Daimler, created an electric vehicle platform with autonomous driving sensors but instead of a control unit powered by software, a driver controls the vehicle based on information fed through a virtual reality headset.

Self-driving cars face a broad acceptance problem. People are used to cars always having been driven by humans, which has been the case for over a century,  and some people find it difficult to now leave that to sensors, computers, and software.

Of course, humans are not exactly great drivers based on accident rates, but giving up that control is still a hard thing to do for some people.

With this new project, Joey Lee, responsible for the project in the moovel lab, says that they aim to “create empathy” for the technology behind autonomous vehicles:

“The project is aimed at being a platform for all those who want to experience and share their impressions, feelings and thoughts on the future subject of autonomous driving. By allowing people to experience it for themselves, we want to make the topic less complex, create empathy for the technology and trigger a discussion about the future of mobility”,

They equipped the vehicle with sensors and cameras creating a “three-dimensional mapping and object recognition” program that is fed into a VR headset, which represents the driver’s only inputs to steer the vehicle using a joystick.

New moovel lab projekt: Unconventional vehicle can be tried out at UX Conference and KiKK festival

New moovel lab project: See the world through the eyes of an autonomous vehicle

While I’m behind the idea for the project, my first impression was ‘why do you need to be on the vehicle and also in this position?’ but moovel says that this “lying position enhances the driver’s feeling of movement and allows full immersion in the perception.”

They will be presenting the project at two conferences in October and November 2017: firstly at the Push UX Conference in Munich on October 20 and 21, and then at the KIKK Festival, Europe’s best-known festival for digital and creative culture from November 2 to 4 in Namur, Belgium.