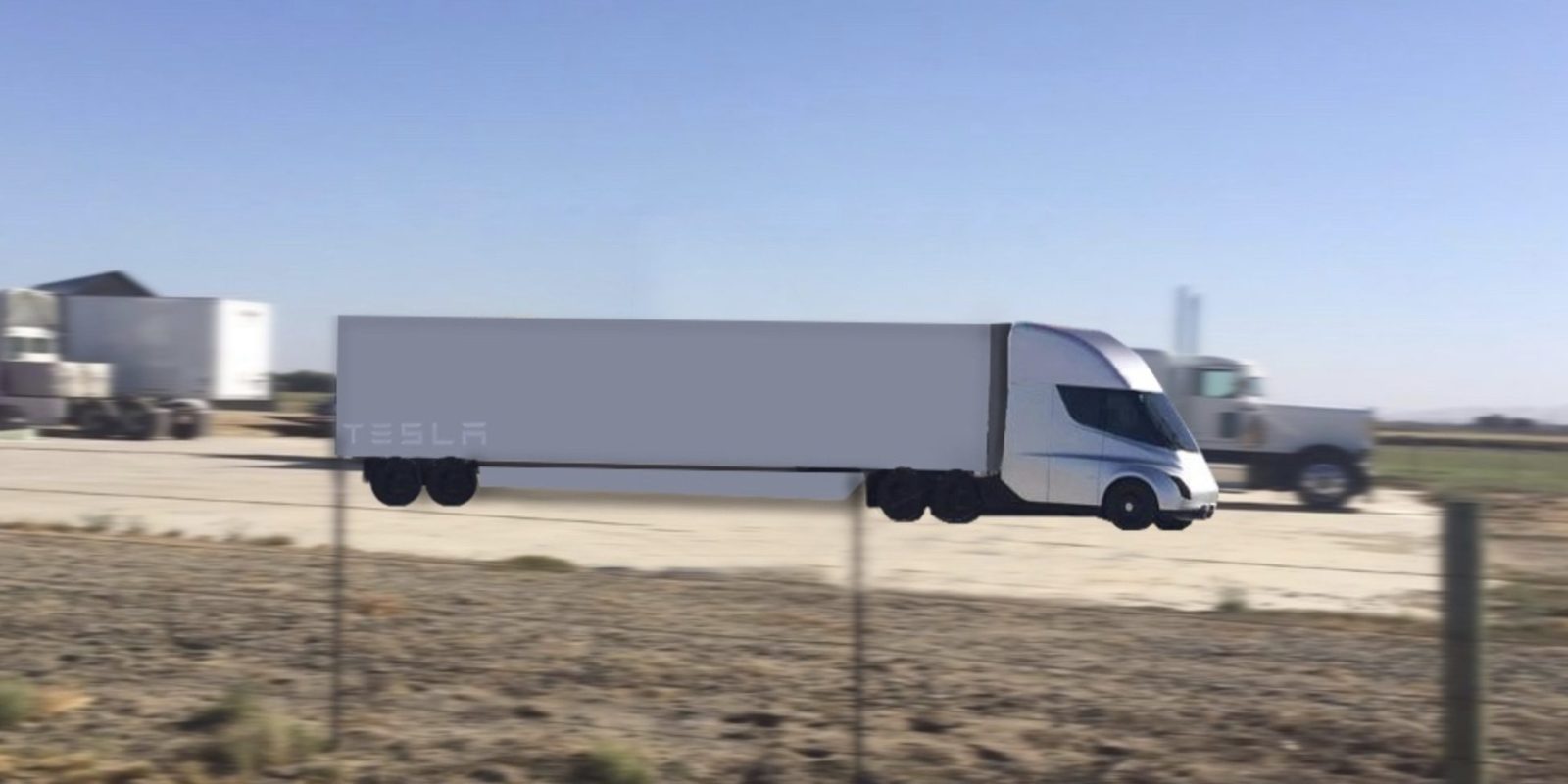 After CEO Elon Musk announced that the company is delaying the unveiling of Tesla Semi, the automaker’s upcoming electric truck, Tesla clarified that they have already completed the prototype.

Musk also gave some color on the specs of the vehicle without confirming any detail.

Like Musk said on Twitter yesterday, Tesla reiterated that the delay is to “focus on Model 3 production and increasing deliveries of battery packs to Puerto Rico”, but the company also added that “the first Tesla Truck prototype is completed” – likely to emphasize that the delay is not due to the truck program.

The company wrote in an email to people invited to the event:

“The first Tesla Truck prototype is completed, but we’re going to push the unveiling event to Nov. 16 so we can devote resources to fixing Model 3 bottlenecks and increasing battery production for Puerto Rico and other affected areas. “

That first prototype was spotted earlier this week (pictured above photoshopped by Side Notes based on the leaked image), but Musk tried to cast some doubts on what we saw:

Yet, the prototype spotted is strangely similar to the official teaser that Tesla released. Furthermore, Tesla had been showing prototypes to potential customers and one of them confirmed to Electrek that it indeed looks like what Tesla has been showing.

Also, Musk added that Tesla Semi’s specs are “better than anything I’ve seen reported so far”:

Semi specs are better than anything I've seen reported so far. Semi eng/design team work is aces, but other needs are greater right now.

Though not a lot has been reported so far. He is maybe referring to Reuters reporting that a Ryder executive said that Tesla Semi will have “200 to 300 miles of range.”

We were suspicious of that claim being based on reliable information since if he indeed had exclusive details, why give a 50% margin?

Some speculations about ultra-fast charging and battery swapping have also surfaced since the announcement of the truck, but nothing concrete has been reported.

Other information around the electric truck mainly revolved around the potential for better economics. Morgan Stanley recently called the unveiling of Tesla Semi ‘the biggest catalyst in trucking in decades’ and they expect that the electric truck could be 70% cheaper to operate than a diesel-powered truck.

But as far as we know, there were never any specifics that came out – though expectations are high.

We should definitely know more by the time Tesla unveils the vehicle next month. In the meantime, you can read our report: Tesla Semi: everything we know about Tesla’s upcoming all-electric truck.