A lot of Tesla/Puerto Rico news today on Electrek! After our two previous reports, now we learn that Tesla will stop Powerwall shipments to installers engaging in price gouging in Puerto Rico.

Yesterday, we reported that local installers were charging as much as $12,000 to install a single Tesla Powerwall in power outage-ridden Puerto Rico:

“Tesla sent the battery packs, but after speaking with locals trying to get them installed, Electrek learned that local installers are difficult to reach and some are charging as much as $12,000 for a Powerwall with the installation.”

That’s a premium of as much as 50% on the price that Tesla lists on its website.

After someone sent our article to Elon Musk on Twitter, Tesla’s CEO confirmed that the company will stop sending Powerwalls to installers engaging in that practice:

Tesla always charges the same price for a Powerwall (only taxes & shipping costs vary), so something is messed up here. I've asked my team to stop shipment to any installers charging excessive premiums.

We received several reports of installers charging higher than usual prices, including this quote by Planet Solar asking for over $12,000 per Powerwall: 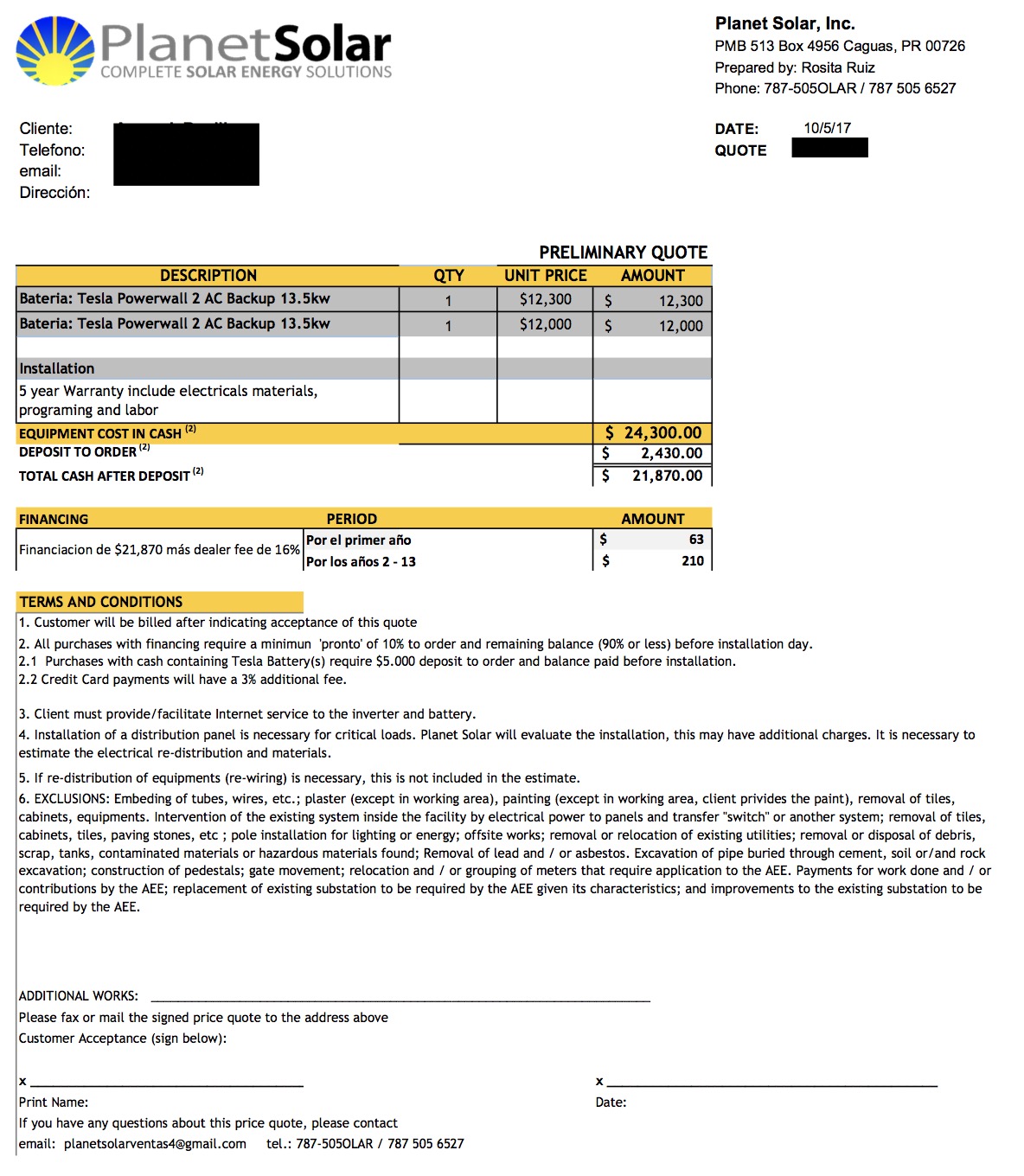 Other installers claiming to be certified by Tesla Energy include Maximo Solar and New Energy PR. We couldn’t confirm the prices that they are charging, but we received reports of locals being quoted higher than what Tesla is guiding on its website.

Furthermore, Musk said that Tesla is sending more internal Powerwall installers from the continental US to Puerto Rico in order to train the local team:

The installation is apparently the current bottleneck for getting the Tesla Powerwall in Puerto Rico so that initiative is likely to accelerate the deployment.

There are apparently a lot of rooftop solar installations that survived the two hurricanes but they could use the home battery packs as their grid connections are currently useless.

As we reported earlier, Elon Musk and Puerto Rico’s Governor are talking today about other ways for Tesla Energy to rebuild the island’s destroyed grid, but on a bigger scale than with the Powerwall.