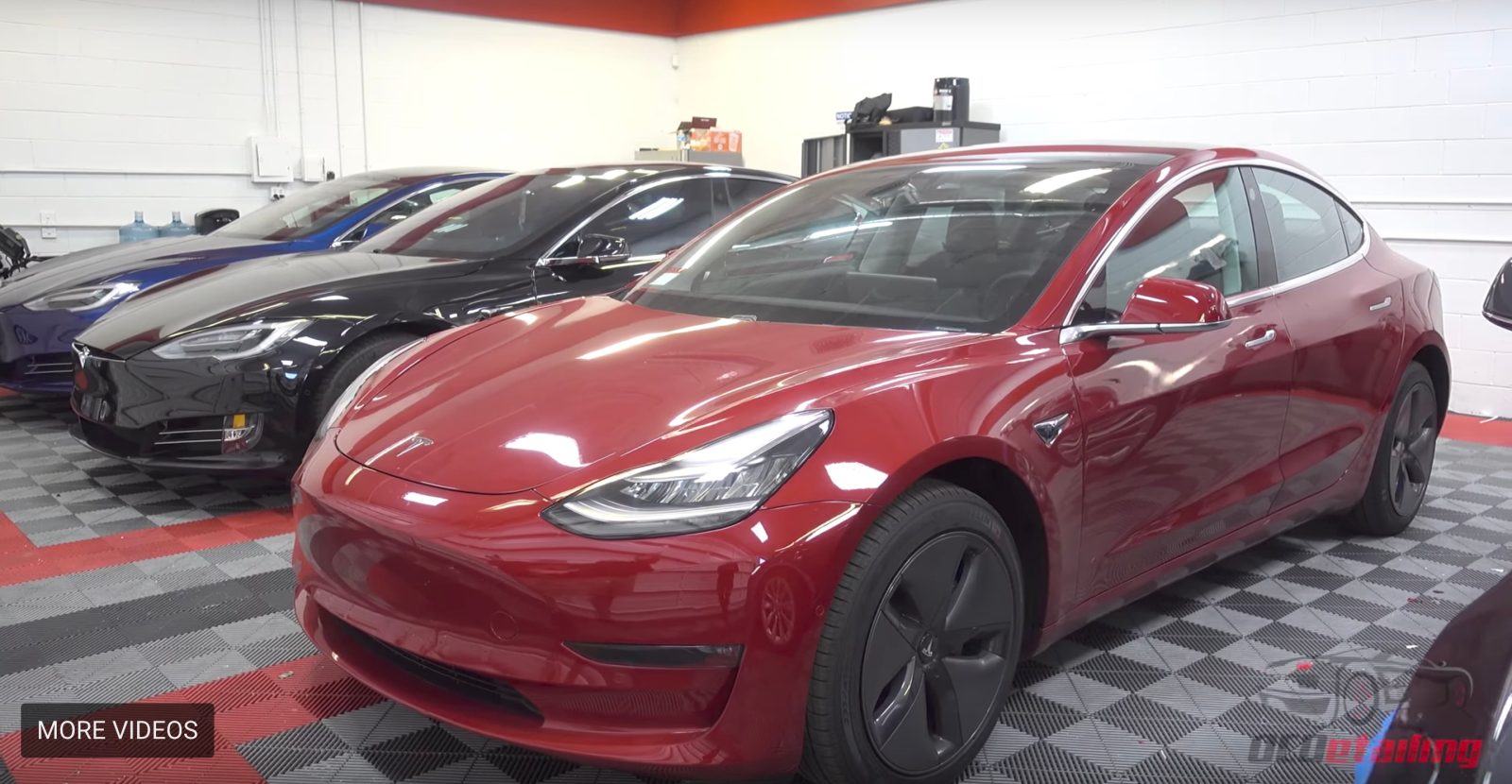 Despite the fact that Tesla delivered fewer than expected Model 3 vehicles during the last quarter, more production units are still being delivered, which enable opportunities to get closer looks at the new all-electric car.

As we previously mentioned, it looks like the “friend non-disclosure agreement” that appeared to prevent more in-depth first looks at the early production cars is slowly starting to lift.

OCDetailing, an auto detailing shop in Fremont, California, where Tesla has been delivering most of its early production Model 3 units, had its hands on a few Model 3s that owners wanted detailed.

They have been posting a few videos about their experience with the cars (apparently with the permission of the owners). Here are a few of the most interesting ones:

Nothing groundbreaking in terms of “hidden” features, but certainly a few interesting tidbits of information.

Furthermore, while Tesla still doesn’t officially display the Model 3 in stores since it’s not trying to get more reservations, we have heard of some employees, who got the Model 3 early, bringing their cars to stores where owners were able to see it.

Friend of the site Bradley Johnson spotted one at Tesla Seaside last week and shared a few cool pictures with us, especially of the trunk with the back seats folded down:

Tesla had previously guided that they would bring a Model 3 fleet for test rides at their stores during the third quarter, but that’s not it.

Early manufacturing issues with Model 3 production has slowed their rollout, but Tesla is still guiding for the first regular customer deliveries to happen later this month. Therefore, we expect more reservation holders should soon have access to the vehicle before they turn their reservations into orders.

We will keep track of the progress in the coming weeks.