Tesla CEO Elon Musk is getting the very first Model 3 production unit, VIN001, which was produced earlier this month.

The company is about to start delivering the first batches of Model 3 production units and they have now updated their VIN decoder for future owners.

Vehicle Identification Numbers (VIN) are used to identify several specific characteristics of a vehicle, like when and where it was manufactured, its powertrain configuration, and it includes a sequence to identify the specific unit.

Tesla has been using the same VIN logic for Model S and X, but it has now added Model 3 to the system.

In a document sent to NHTSA and obtained by TEG on Tesla Motors Club, Suraj Nagaraj, Tesla’s Director of Vehicle Homologation, wrote:

“Tesla intends to begin regular production of a new carline, the Model 3, starting July 2017. Model 3 will be released into commerce as a MY2017 vehicle and pursuant to the requirements of § 565.26 Reporting requirements, Tesla Inc. hereby is submitting the updated VIN decoding information for MY2017 vehicles. The submission adds a new vehicle line (Model 3) to it’s already existing MY2017 vehicles lines (Model S and Model X).”

They showed where the VIN is visible on the Model 3:

For example, a VIN was recently spotted on a Tesla Model 3 by a /u/Wattlol on /r/Teslamotors: 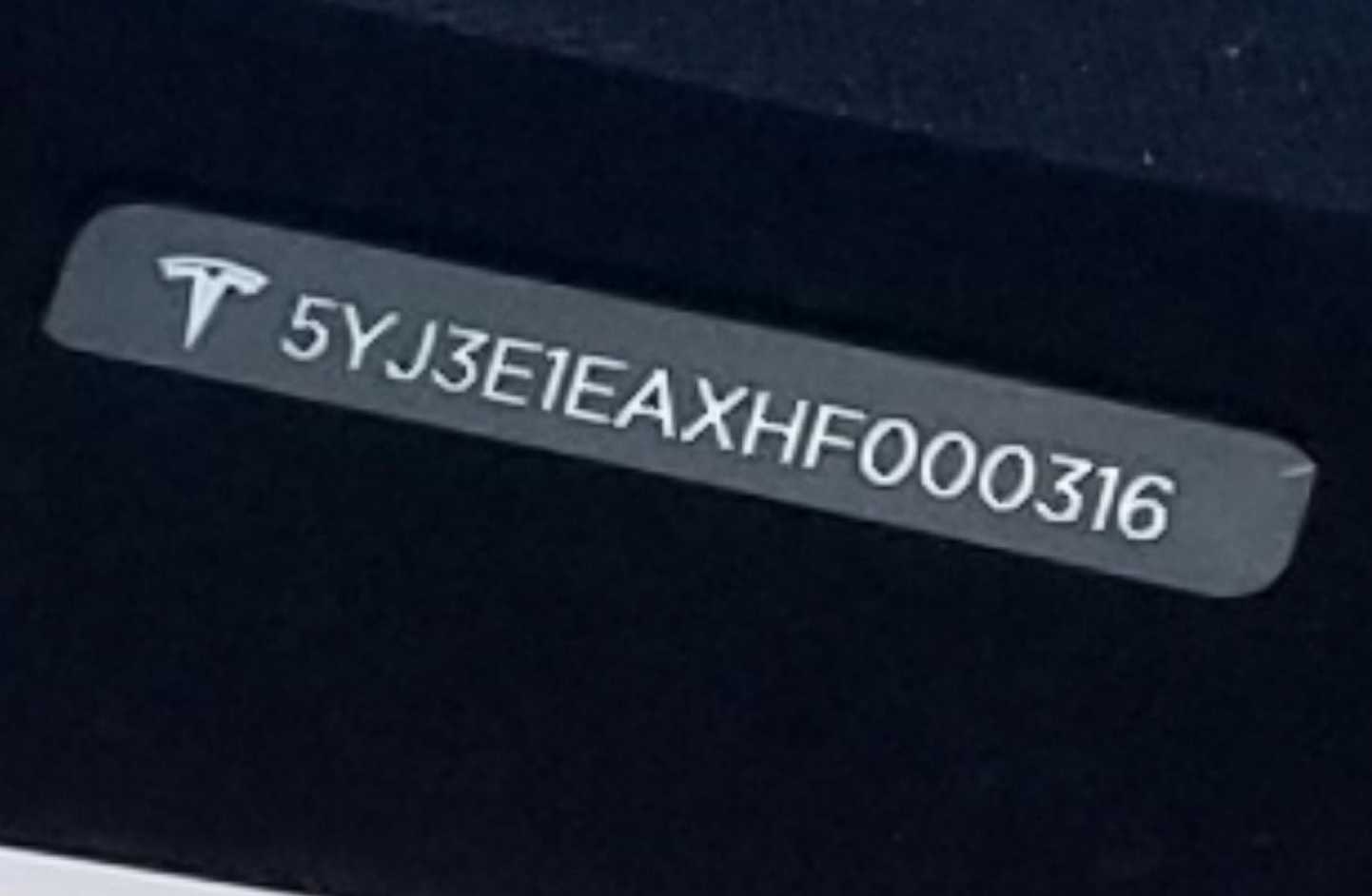 It’s not clear if it means that it’s actually one of 316 Model 3 units produced so far, but the engineer driving the vehicle told Wattlol that it was a ‘Start of Production’ (SOP) car, which would explain why it has a VIN.

In Tesla’s past production ramp ups with Model S and X, VINs have not been an exactly reliable source to keep track of Tesla’s production since the company has changed the sequence with production changes, but it’s still fun to understand the meaning of your VIN.

Here’s the document for more details: