This company is allowing investors to fight climate change, while earning up to 8.5% annually

When discussing an investment in solar energy most people immediately think of a solar installation for their home, which can often be a good investment by reducing your electricity bill, but what about when that’s not a feasible or smart investment?

Small and mid sized businesses need capital and assistance with solar, and one service is enabling anyone to get involved as easily as supporting a crowdfunding campaign – but with much better, rock solid returns all while simultaneously helping the U.S. catch up in solar and fight climate change.

Wunder Capital is hoping to aid the rollout of our solar future by assisting businesses and organizations in acquiring the funds they need to cover the upfront cost of a solar installation, and at the same time allowing anyone an easy way to invest in these solar projects across the US. 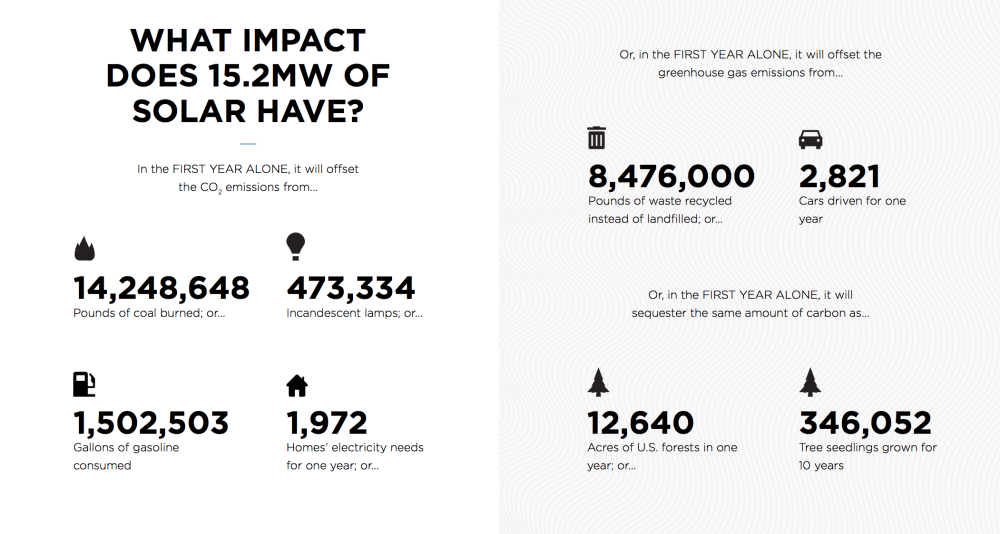 Among us avid EV and renewable energy enthusiasts, it’s no secret that our solar future goes well beyond traditional solar panel arrays at home. It’s becoming all the more evident with installations beginning for the next-generation of upcoming solar products such as Tesla’s solar roof paired with its Powerwall battery packs that maximize consumption of solar power on location. What for consumers might be a somewhat high upfront cost is much less of a hurdle for many businesses that do the math on the benefits — in the long run it pays for itself in electricity savings and overall longevity making it cheaper than a traditional roof and energy sources.

The idea is simple: small and mid-sized businesses and organizations from local retailers to schools need loans and assistance for the upfront cost of solar installations. Wunder provides that along with its expertise and allows investors to start with as little as $1000 with some pretty excellent returns of up to 8.5% annually. Think of it as a ongoing crowdfunding-like service run by solar experts with more than a hundred solar installer and developer partners spread across 27 states. 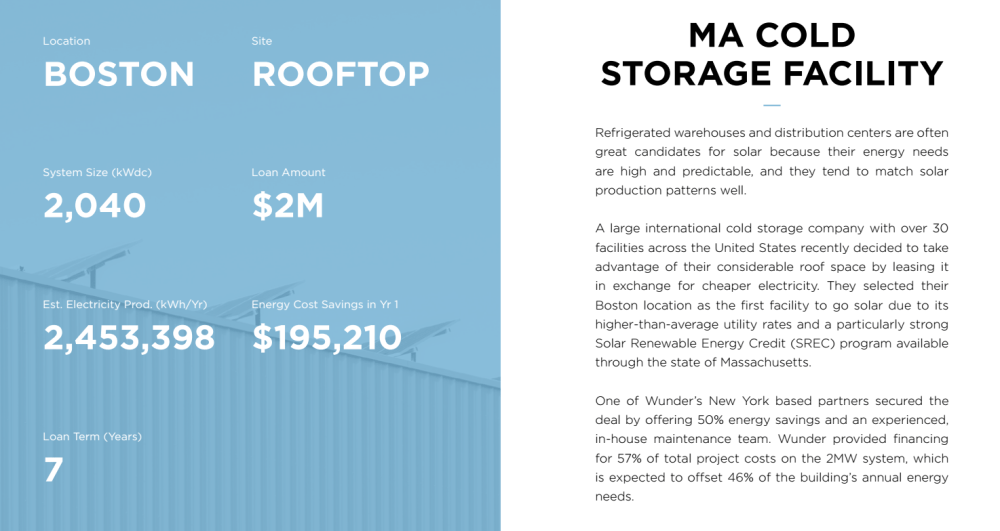 One of the companies Wunder financed this year, for instance, is an international cold storage company with over 30 facilities across the United States that recently decided to take advantage of existing roof space by leasing it in exchange for cheaper electricity. Wunder provided financing on the deal through its funds, as it also did with a rooftop installations with a prominent national grocery store chain in New Jersey and a number of schools and non-profits.

In other words, Wunder is a legitimate way to make sure your investment is going towards projects helping businesses implement smart solar installations. The result is a service that enables anyone to access smart investments managed by experts specifically focused on solar and also contribute to the growth of solar in the US, all without compromising on returns. 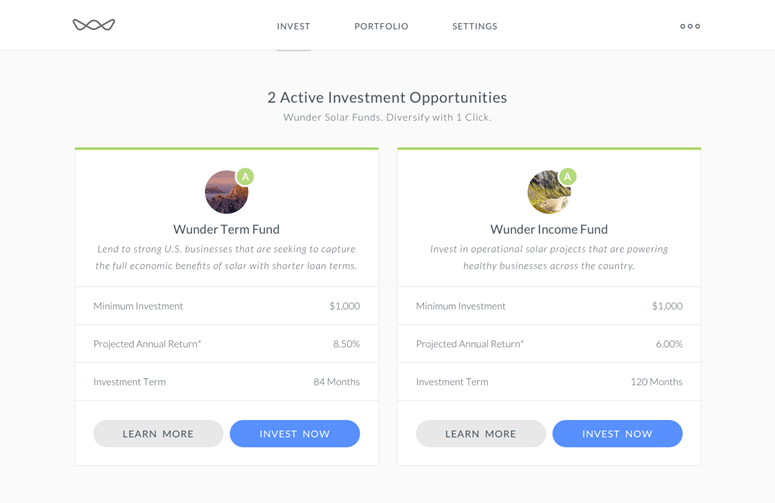 The options currently through Wunder include the Wunder Term Fund, which provides US businesses with shorter term loans for solar installations. That has an 84 Month term with a target return of 8.50%, while a separate Wunder Income Fund for investing in operational solar projects is a 120 month term with a 6% target return. Both are available for a minimum $1,000 investment with no investor fees.

I liked the market space Wunder looked to serve. Solar is but one of the many great ideas to keep literal enegy flowing through the economy while leveraging established infrastructure and resources. The missing piece seemed to always be financing a long term investment in an economy built on short term results. Wunder spoke to this well and I bought in. – Wunder investor Skip Larson.

To learn more, create an account for free, at WunderCapital.com.