Following the launch of Tesla’s new “urban” Supercharger stations today, the automaker updated its new “upcoming stations” on its map and it now features the expected locations of hundreds of new stations coming next year.

Tesla updated the map earlier this year with its plan to reach 10,000 Superchargers by the end of 2017.

The new map gives us a better idea of what that network will look like if Tesla delivers on that goal next year.

A quick overview unsurprisingly shows more Supercharger stations in city centers, it’s something that Tesla started with the last expansion, but it is now clearly emphasized following the new dedicated stations announced today.

For example, here’s New York before and after today’s update:

Manhattan already has a few new urban stations coming in 2017, but several more stations are now scheduled to be online in 2018.

The greater Los Angeles area is also a good example. It’s one of Tesla’s biggest markets and it already has a lot of stations planned for 2017, but it now looks like it will be filled with Supercharger stations by the end of next year:

But cities are not the only places to get new Supercharger stations next year. 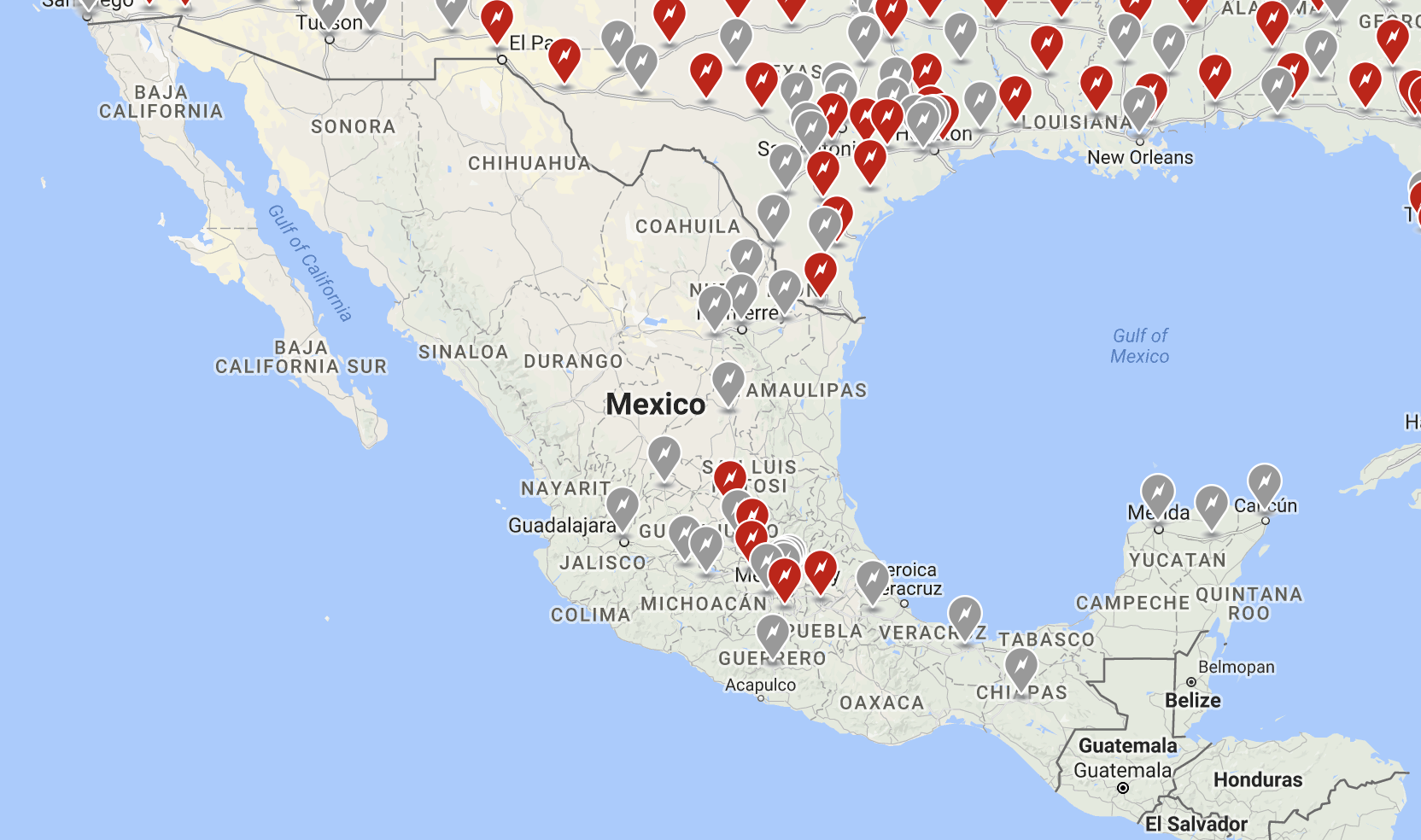 When all those stations are in operation, a Tesla driver could technically drive from almost anywhere in Canada or the US, all the way down to Guatemala.

Europe, Asia, Australia, and other countries in the Pacific also have more upcoming stations on the map – mostly to reflect the new push to enable urban ownership with stations for weekly charging.