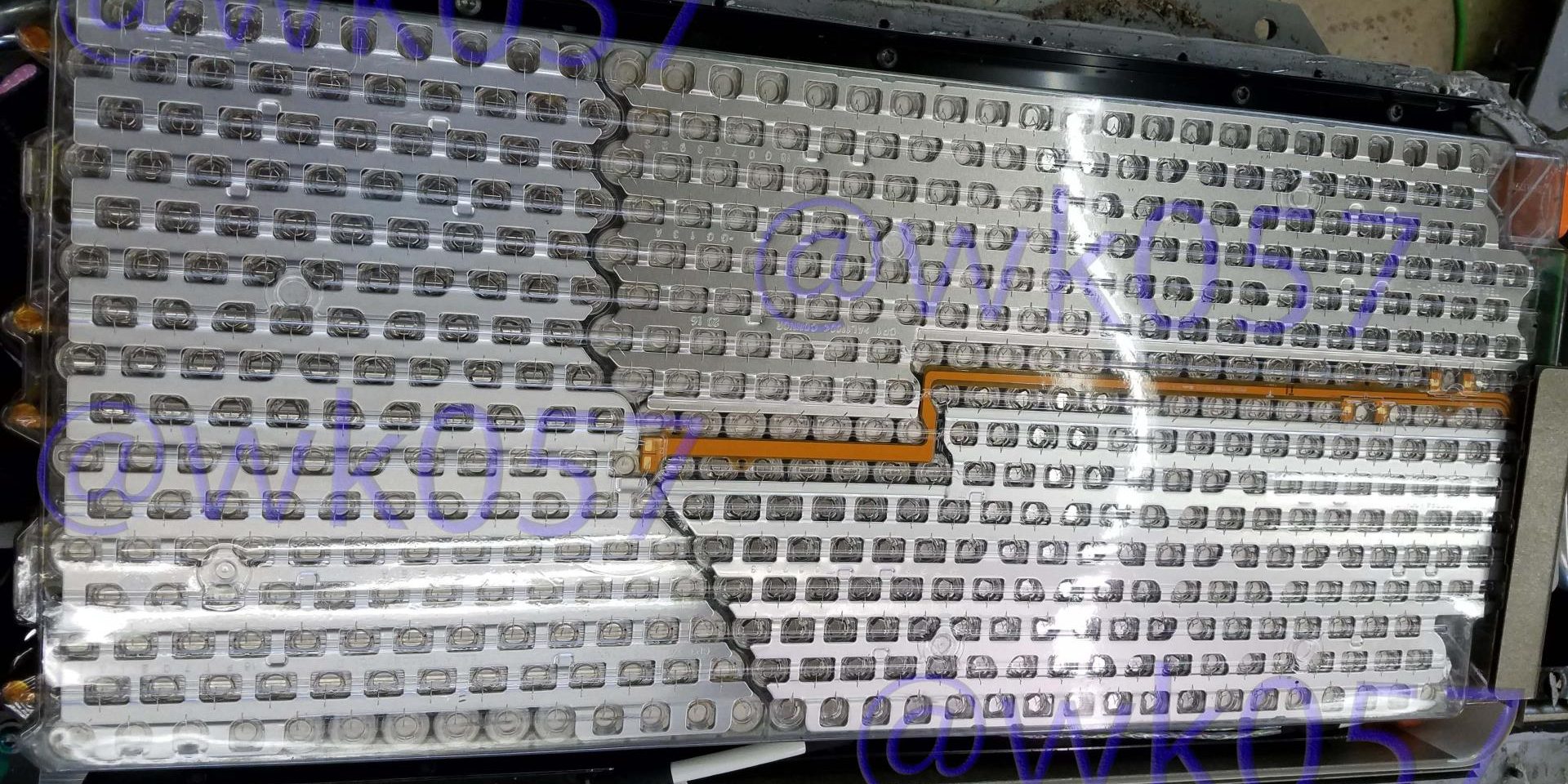 After a teardown of Tesla’s since discontinued 85 kWh battery pack, long-time Tesla owner and battery tinkerer Jason Hughes was the first to bring up the fact that Tesla’s packs don’t always have the same capacity as advertised. He found that the 85 kWh battery pack actually only had a capacity of up to 81 kWh and ~77 kWh usable capacity.

Hughes got his hands on a 100 kWh battery pack and did another teardown to reveal Tesla’s new cooling system and that it doesn’t have the same capacity as advertised. Though this time, it’s a higher capacity: 102.4 kWh.

As we reported last month, Hughes cracked Tesla’s battery management system and revealed all the real total capacity and usable capacity of each of Tesla’s battery pack except for the 100 kWh, which he didn’t have access to at the time.

Now he has one after buying what could be the first salvaged Tesla Model S P100D, which ultimately is what enabled the first teardown of the new battery pack.

When Tesla first unveiled the 100 kWh battery pack in August, the company said that the higher energy density was enabled through several improvements, like a new module and pack architecture, new cooling system and electronics. CTO JB Straubel described the upgrade as a “significant change”.

In a blog post, Hughes describes the new module and cooling architecture:

Basically they crammed a couple more rows of cells into the module. But what about the rumors around cooling?  Well, they did modify the cooling, but not in any exotic way. The new modules simply have two shorter and thinner cooling loops per module.  This way the coolant doesn’t have to run past so many cells before exiting.

Though the most interesting fact to come out of the teardown is undoubtedly that even though Tesla usually rounds up the capacity of its packs, the “100 kWh” is the exception. Hughes says that the BMS indicates 98.4 kWh of usable capacity plus a 4 kWh buffer for a total of 102.4 kWh.

While it introduces a new module and cooling architecture, the outside of the pack remains mostly unchanged, which is why Tesla offers it as an upgrade to other performance versions of the Model S and X. Hughes described the upgrade process as “plug-and-play for the most part”.

It’s good for him since he is himself going to use the pack in another car – his Model X P90D that will become a P100D. The guy has so many Tesla battery packs right now that he is playing musical chair with them and his Teslas.

It’s also interesting to better understand the 100 kWh pack considering that Tesla CTO JB Straubel said that it was sort of a test bed for the third generation battery pack that will be used in the Model 3:

“Some of the key improvements that enabled the new pack are directly on the roadmap for the technologies that make Model 3 possible.”

Of course, the Model 3’s pack will also feature the new 2170 battery cells produced at the Gigafactory while the 100 kWh pack still uses the 18650 format, but new cooling and module system could still make it to the Model 3.