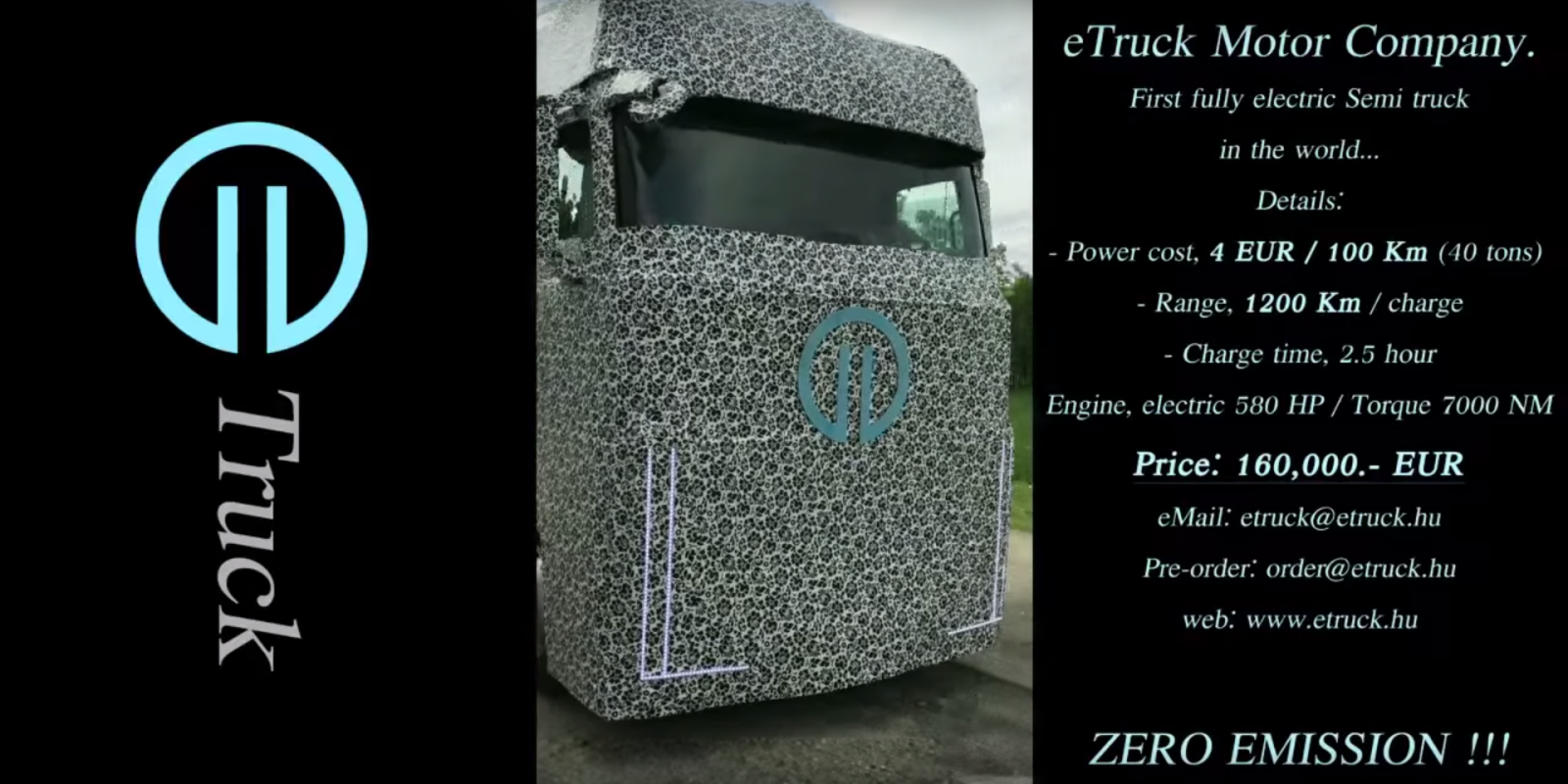 eTruck Motor, a Budapest-based electric truck startup, announced this week that they are “in talks with the Hungarian agriculture ministry and the mayor of Hegyeshalom, western Hungary,” to build “a 10 billion euros factory” on a plot of land on the city’s outskirts.

With the announcement, a video of their alleged electric truck prototype surfaced and while they claim it’s the ‘first all-electric semi truck’, it appears to be no more than a camouflaged diesel truck.

The race to electrify the trucking business is definitively heating up.

Companies like Volvo Trucks and Daimler have already launch EV programs and startups, like Nikola Motor, are promising to revolutionize the industry.

Tesla is also set to unveil its own electric semi truck program, Tesla Semi, at the end of next month.

Now eTruck Motor claims to be entering the scene in a big way with a multi-billion dollar factory for its electric truck, but the video of their prototype raises questions about their credibility:

We can clearly hear a diesel engine running and as a commenter pointed out, the vehicle has the same shape as a Mercedes Actros.

It looks like they put some camouflage wrapping on an Actros, added some LEDs, a new logo, and voila, an all-electric 160,000 euros semi truck with 1,200 km of range.

Those claims are quite apparently made up, but nonetheless, the startup managed to attract a lot of media attention this week by flaunting a massive investment for a factory in Hungary.

The country has been looking to expand its automotive industry and it attempts to be in the running for Tesla’s upcoming European Gigafactory to build electric vehicles and batteries.

If they don’t get it, they could always build a factory for made-up electric trucks…