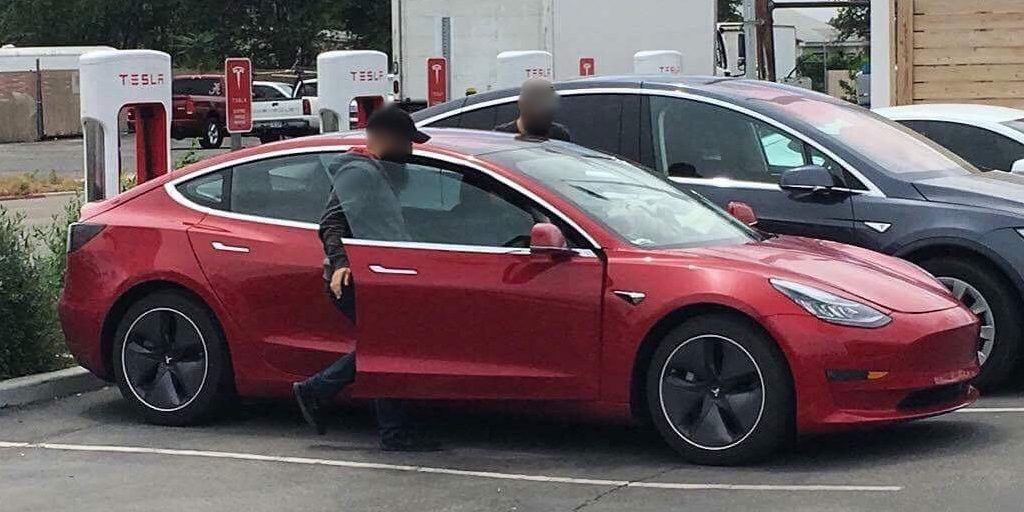 The Tesla Model 3’s standard 18″ aero wheels are starting to get more and more interesting.

After seeing them without the aero caps last week and seeing how great they look, we now learn about the potential efficiency gain with the caps on.

And since range is always such a concern in the mainstream when it comes to electric vehicles, completely or partly covered aero wheels have made some sort of a resurgence over the last few years with the advent of electric cars.

Their only issue is that they are generally regarded as being uglier than regular wheels.

Tesla claimed that the wheels could increase the highway range by as much as 5%:

“Aerodynamic 19” wheels are designed to reduce wind resistance. Disc-like in shape, they channel air along the sides of the vehicle and can add up to 5% range during highway driving.”

But they proved to be unpopular and the automaker quickly discontinued them.

Though Tesla is now bringing back aero wheels big time by making their new 18″ design standard on the Model 3, its mass-market all-electric vehicle.

The big difference is that they are regular-looking wheels with aero caps on top that can be removed.

Here’s a side-by-side of the caps on and off (picture by Logan Jastremski):

Therefore, someone could keep the caps off for daily commuting and only add them on for long-distance travel, when a few percentage points in efficiency gain can result in several more miles of range.

And that efficiency gain could be quite significant with the Model 3’s aero wheels.

TMC member 355rockit ran into an unnamed early Model 3 owner, who claimed to be a VP of Engineering at Tesla, at a Supercharger in Monterey.

The Tesla executive gave him a quick walkthrough of his brand new Model 3 and explained why he decided to go with the 18″ wheels:

“He said that he went with Aero since he wants more mileage and said the gain is ~10%.”

That’s significantly higher than expected, but not impossible.

The engineer appears to be in the minority when it comes to wheel choice. Most of the production Model 3 vehicles that we have seen so far were equipped with the 19″ Sport wheels, which are available for a $1,500 premium.

Bigger wheels are generally regarded as more aesthetically pleasing, but with the option to have them with and without aero cap, and the potential for the former to significantly improve efficiency, the 18″ could prove popular.