One thing that we haven’t looked into in detail since the launch of the Tesla Model 3 last week is the charging capacity of the vehicle.

It’s an under appreciated feature of the electric car because it is being compared to Tesla’s Model S and Model X, which already have industry-leading charging capacities, but there’s no all-electric vehicle at the Model 3’s price range that has the same charging capacity and maybe more importantly, charging network access.

First off, let’s start with Home Charging since it will be the main source of charging for most Model 3 owners.

There are two products that define home charging and that’s your vehicle onboard charger and your home connector installation.

Owners could technically simply use the included 20-foot mobile connector and plug their car into the wall using the also included 120 volt NEMA 5-15 adapter. That solution would result in no required installation of a home connector, but the vehicle would be limited to around 5 miles (8 km) of range per hour of charging.

For some Model 3 owners, it could prove an adequate solution since it will add roughly 50 miles (80 km) of range overnight, which is often enough to cover a daily commute.

Now for those who would like some more power at home, they can either use a 240v NEMA 14-50 plug with again the 20-foot mobile connector and included adapter, which should triple your charge rate and only requires a 240-volt plug, or you can install a home connector for more convenience.

Here’s my home connector installation at home for my Model S:

It’s always preferable to have your mobile connector inside your car when you are on the road so not having to get the long cable in and out of your trunk when at home is one of the main advantages of having a home connector.

You are also going to want a product with an amperage matching your onboard charger (32a for standard Model 3 and 40A for long range Model 3).

In most cases, you are going to want to go with Tesla’s own Wall Connector. At $500 (8-ft cable) to $550 (24-ft cable), it is pretty much the least expensive solution that can support amperage up to 72A, which is more than enough for either Model 3 options, and it is power sharing capable with more than one Tesla.

Other advantages of the Tesla Wall Connector are that the button on the handle opens your car’s charge port when pressed, which saves you one step in the charging process, and there’s no need for an adapter to match Tesla’s proprietary plug.

With this said, you can technically buy any other wall connector and use the J1772 charging adapter included with the Model 3. One of my preferred third-party solutions is the Juicebox, which has a Wifi connection and a very nice app.

In order to get the full potential regardless of the chosen wall connector, you need a circuit breaker and cable installation about 20% over the amperage of the vehicle – like 40A for the base version or 50A for the long range version.

It’s also adjustable so there’s no need to absolutely go for the full potential. For example, I have a dual charger in my car with technically a capacity of 80A and a Tesla Wall Connector rated at 72A, but I had a 40A installation to my circuit breaker to set the charge rate in my car at 32A, which is plenty for overnight charging. 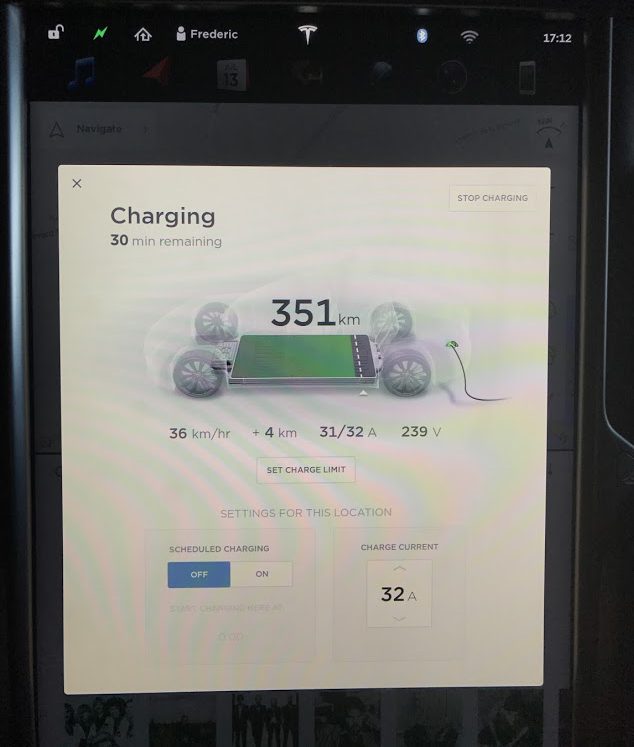 I think it will be the most popular home charging solution for Model 3 owners since it can easily come down to under $1,000 including installation and it covers most charging needs. For those who don’t often travel long distances, a simple 240-volt plug and the mobile connector should do the trick for about a third of the price.

If you are thinking of something else, please let us know your current or desired configuration in the comment section below. 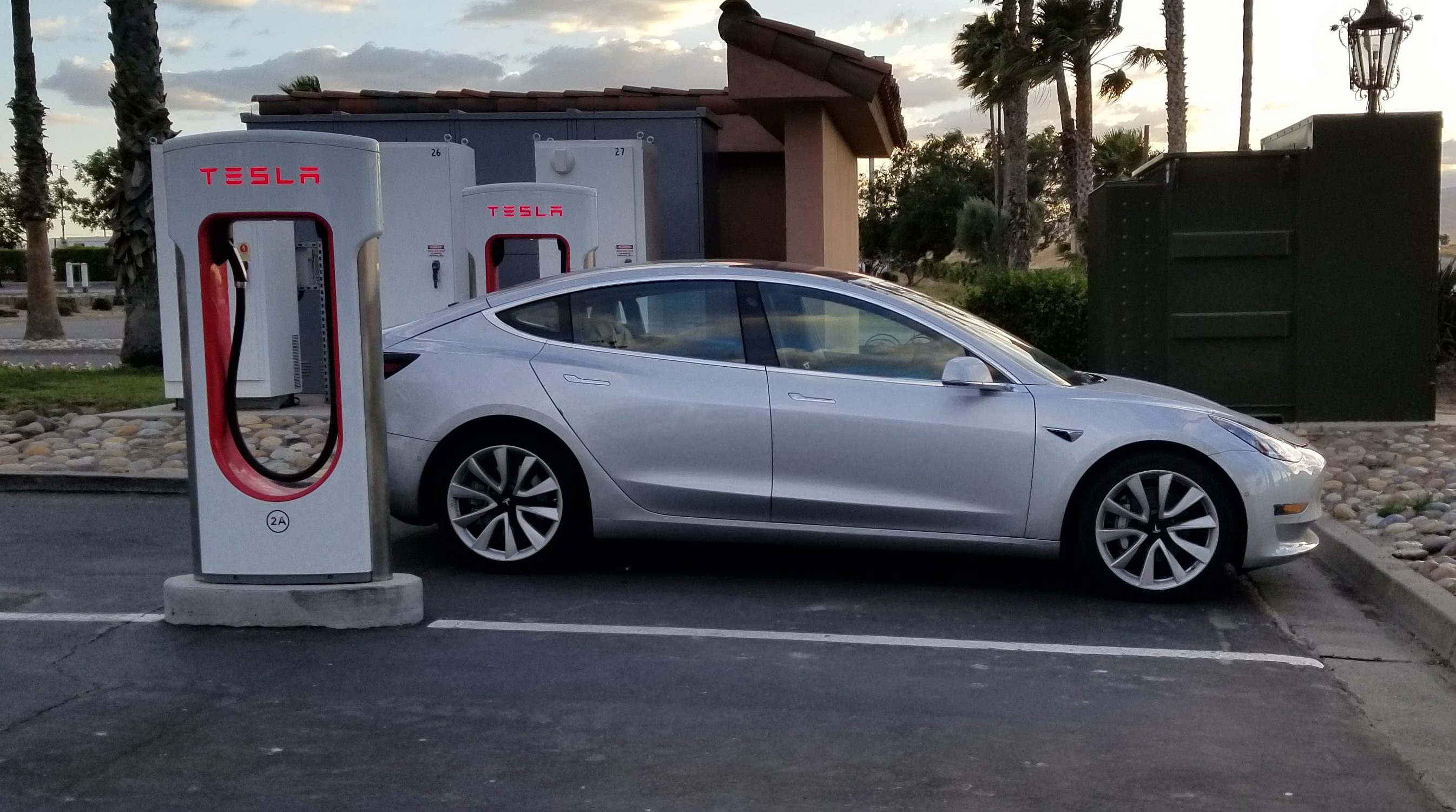 That’s where the Model 3 shines compared to other electric cars. Most EVs today are limited to a DC fast-charging capacity of ~50kW, but Tesla vehicles are capable of 120 kW, which translates to about 170 miles (274 km) of range added in about 30 minutes.

Now the DC fast-charging rate can be affected by several different factors, like state-of-charge, temperature, and the occupancy of the stalls at a station, but generally speaking, if you don’t have a lot of charge left, you could add about 170 miles (274 km) of range in half an hour.

That’s the charge rate for the latest Model S and X. Tesla didn’t disclose the actual supercharging rate of the Model 3, but they are slightly below Model S since Tesla is advertising the same “170 miles of range per 30 minutes” even though the Model 3 is more efficient and therefore can travel longer distance on the same amount of energy.

The smaller Model 3 battery pack option is advertised as having a supercharging rate of “130 miles of range per 30 minutes”. It’s significantly slower than Model S and X’s supercharging rate, but it’s still faster than any other charging option available for EVs in that price range.

Of course, the biggest advantage is the actual access to the Supercharger Network, which is much more extensive than any other DC fast-charging network out there.

The access used to be free for Model S and Model X owners, but Tesla has switched to a new pay-per-use model, which is quite reasonable in term of pricing and Tesla also offers 400 kWh of free Supercharging credits per year, which should be enough for 5 to 6 full charges.

Though Tesla doesn’t list the $450 adapater as compatible with Model 3 on its online shop, the plugs are the same. Either way, you are going to want to stop at a Supercharger instead of a CHAdeMO charger in most cases.

It’s simply a nice option to have as a backup.