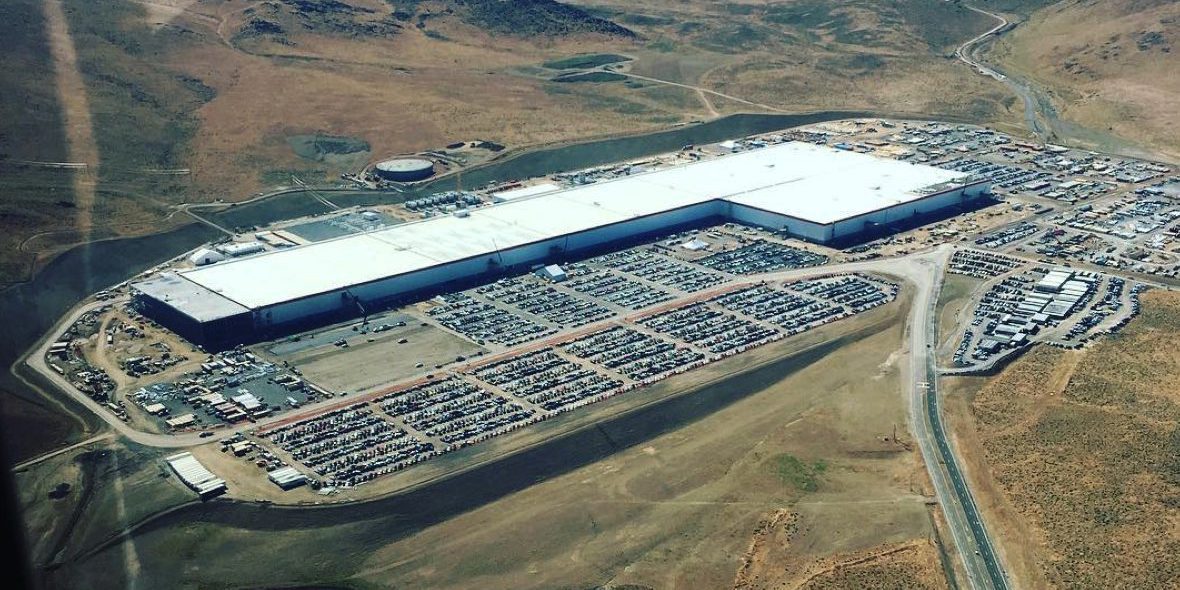 While Tesla CTO JB Straubel said that he doesn’t expect the Gigafactory to be a bottleneck for the production of the Model 3, the company still needs to expand its production capacity if it wants to hit next year’s target of 35 GWh of battery production.

We now learn of their latest expansion projects through new building permits.

Buildzoom obtained a series of new building permits issued to Tesla over the last 3 months for Gigafactory 1 located on Electric Avenue in Sparks, Nevada.

They sent us the description of some of them:

The permits don’t include any building expansion, but they give insights into construction inside the giant battery factory.

The current structure has a 1.9 million square-foot footprint. Including several levels, the factory currently is about 4.9 million square feet of operational space. This represents only ~30 percent of the total finished Gigafactory.

Once completed (expected around 2020), Tesla plans for Gigafactory 1 to be the largest building on earth by footprint.

The ‘Microgrid Lab’ is particularly interesting. Ahead of Tesla’s acquisition of SolarCity, the solar installer launched a new all-in-one microgrid service powered by Tesla’s energy storage solutions, the Powerpack and Powerwall.

Since then, Tesla converted an entire island to solar with new microgrid product in American Samoa and they completed a few other interesting microgrid projects, like Powerpacks powering a resort in the Fiji Islands and a luxury safari lodge in Africa.

Now it looks like Tesla will have a lab dedicated to microgrids, which allow the deployment of solar and energy storage without access to a larger grid, directly inside Gigafactory 1.

The other permits include amendments to existing sections, but we don’t see any new structure coming so far. They are instead focused on work inside the plant with tooling for battery cell production and drive units production.

As for the codes, it looks like they have to do with battery cell production with reference to the anode used in the cells, but we couldn’t track them exactly. Let us know in the comment section below if you have any idea.