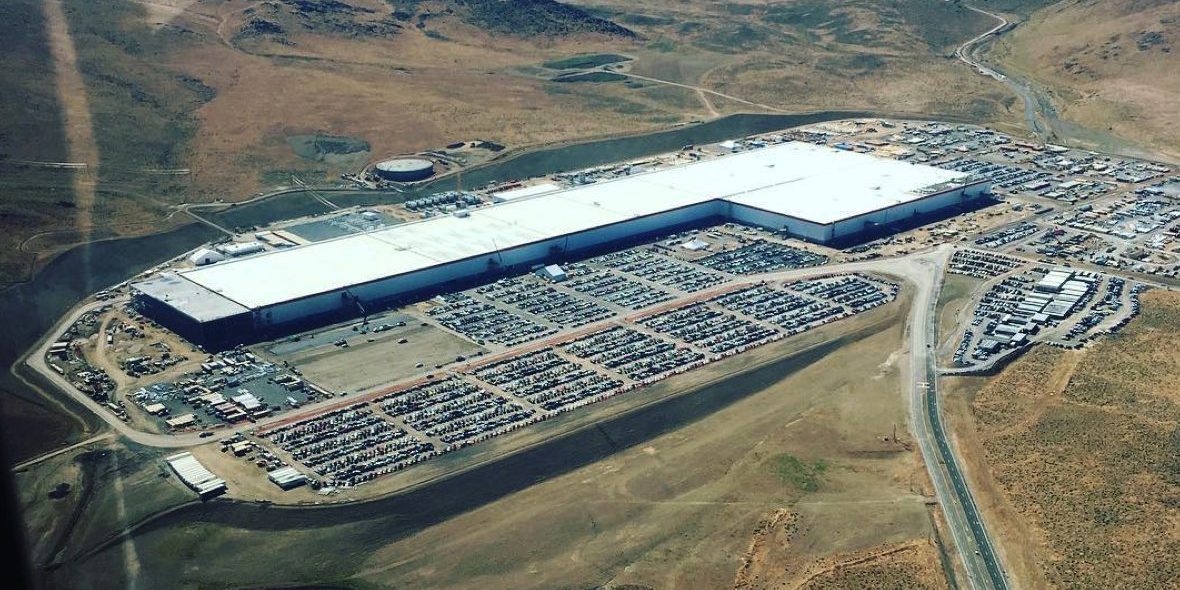 We haven’t seen a new picture of the Tesla Gigafactory 1 in Nevada in about two months and during that time, they have been busy preparing for the production of Model 3 battery packs and drive units.

Now a new aerial shot of the giant battery factory shows lots of activity as they are starting production.

Tesla started the year with about 1,000 employees at Gigafactory 1, but the company also said that it planned to hire about 1,000 more during the first half of the year alone.

On top of that, Tesla’s battery cell manufacturing partner, Panasonic, is holding hiring event all year and it is seeking to hire 2,000 workers by the end of 2017. Also, other suppliers are under Tesla’s roof and plan to employ hundreds more at the location, like  a German battery can maker, H&T Battery Components, who expect to employ over 100 employees at the Gigafactory.

Ron Hutchings recently flew over the plant and sent Electrek a great shot of the factory confirming that the workforce has definitely grown exponentially during the first half of the year: 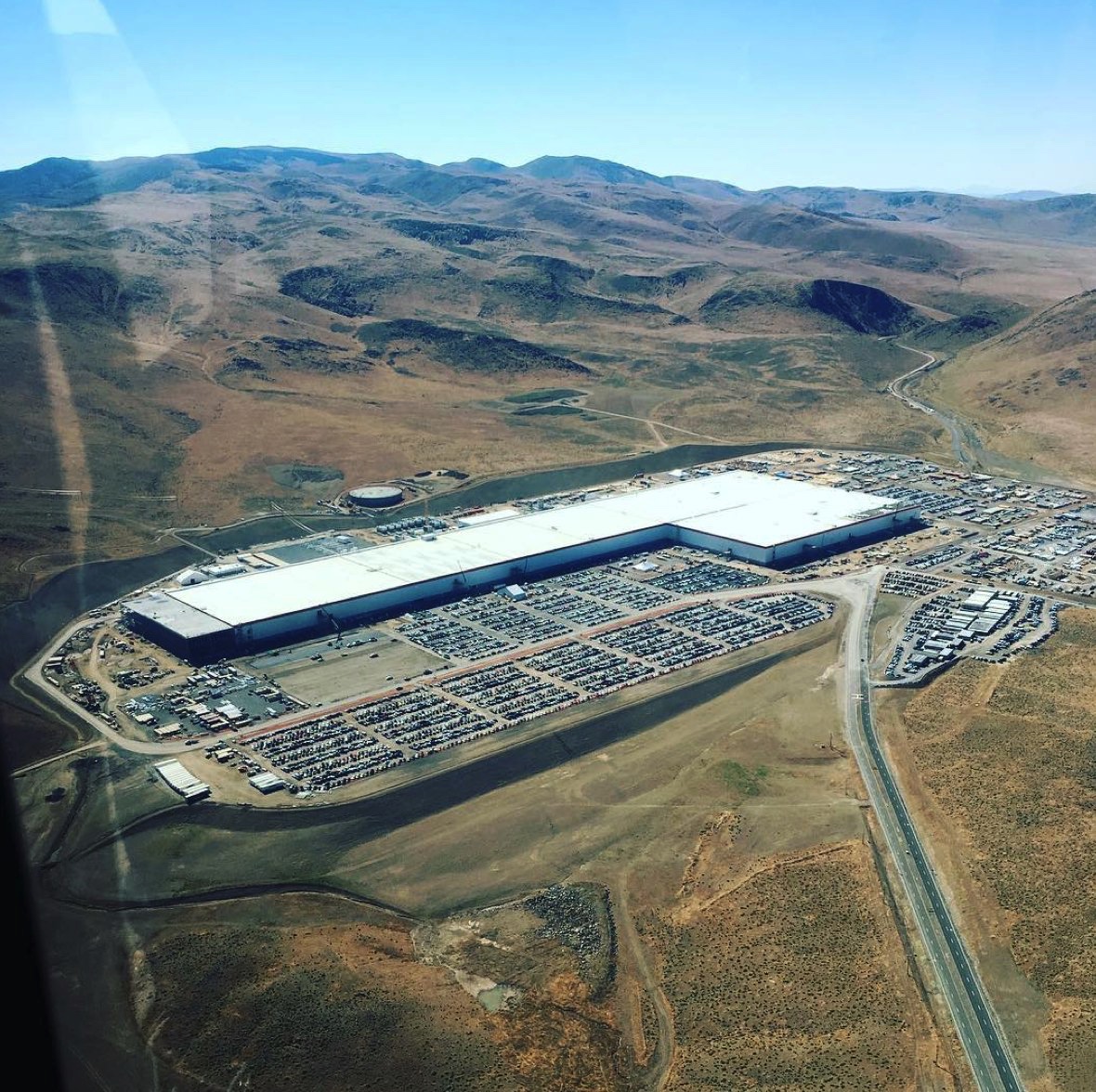 There are about 250 cars per section and with 12 sections, it brings the total to about 3,000 vehicles at the plant.

Of course, some belongs to construction workers since the factory is still growing. The current structure has a 1.9 million square-foot footprint. Including several levels, the factory currently is about 4.9 million square feet of operational space. This represents only ~30 percent of the total finished Gigafactory.

As we reported last month, new building permits at Tesla Gigafactory 1 were acquired for a first new section of the plant in 2017. It is located on the north side of the factory – seen on the left on the picture above.

Now they need to ramp up production to support the Model 3 program and they aim to be at 35 GWh of capacity next year. They produce the battery cells, which they install in modules and then packs, to ship to Fremont, along with drive units produced at the Gigafactory, in order to be assembled.

Earlier this week, CEO Elon Musk said that he expects the first production Model 3 to roll off the line as soon as Friday. The ramp up is expected to be relatively slow for the first few months, but Musk still aims for ~5,000 cars per week by the end of the year. In a recent conference call, Straubel said that everything is in place to support that at Gigafactory 1 and he doesn’t expect the plant to be a bottleneck to achieve that goal.