Tesla Model 3: rare look at the interior with picture of the backseat

We are just a week away from the Tesla Model 3 delivery event and the sightings of Model 3 units have been increasing with the hype.

Now it allows us to get a rare look at the Model 3’s backseat.

At the unveiling event on July 28th, we expect to get all the details of the production Model 3, but in the meantime, we are getting as many details as possible from sightings.

We got a few good looks at the interior with the Model 3 release candidates, but those vehicles were tested at different stages of readiness and therefore, it’s not clear if all features will be in the production version.

Tesla CEO Elon Musk showed the first production unit earlier this month, but we only had a glimpse of the interior.

Now Waldek Kubicki caught a new Model 3 at Tesla’s Design Studio in California and it is believed that it could also be a production unit since it was given a Vehicle Identification Number (VIN000316).

He shared a few pictures with us, including a rare shot of the backseat: 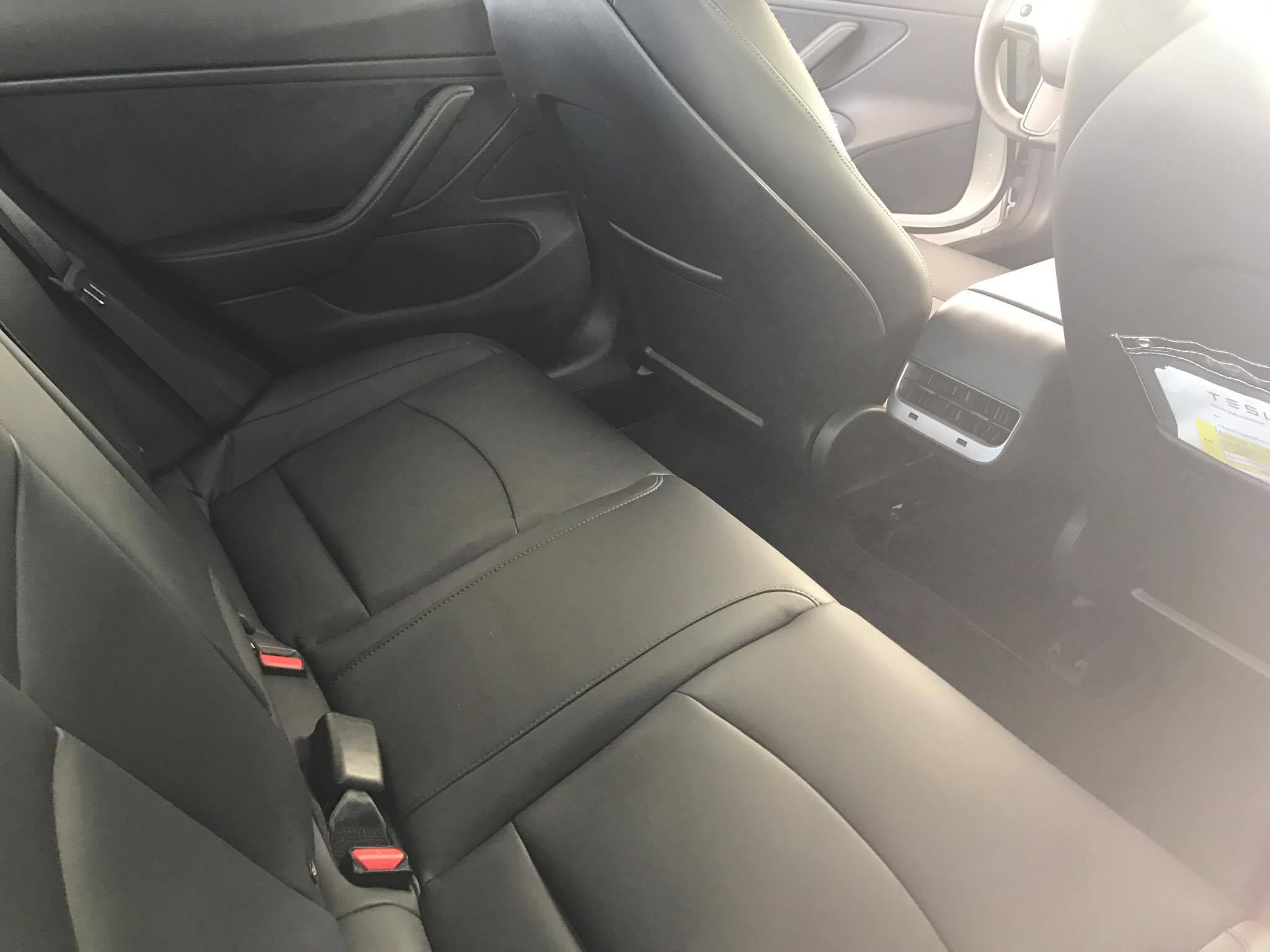 It shows a few interesting things like the center console featuring vents and 2 USB ports.

The seatbelts also feature red buttons, which are obligatory in certain markets and should facilitate the homologation process. Good news for Canadians!

As for legroom, it looks quite tight. What do you think? Let us know in the comment section below.

Here are a few more shots of the vehicles by Kubicki: