While sightings and consequently pictures of Tesla Model 3 release candidates have been multiplying lately, we still had a very limited view of the vehicle’s interior.

But now a new sighting gives us our best look to date at the interior of the Model 3.

Most Model 3 sightings have been of test vehicles on the road and therefore, it can be difficult to get a good shot of the interior.

In the few cases where the vehicles were seen parked, like the two Tesla Model 3 prototypes spotted at a CCS/CHAdeMO charging station last week, engineers have asked not to take pictures of the interior or even put a cover on the vehicles in some cases.

It wasn’t the case today when Thomas Preisler‎ spotted a silver release candidate at the top of Mount Hamilton. He said that they only stopped for a minute or two, but it was enough to snap this picture which is likely the best look at the Model 3’s interior so far (picture credits to Thomas Preisler‎ via Tesla Model 3 Facebook group): 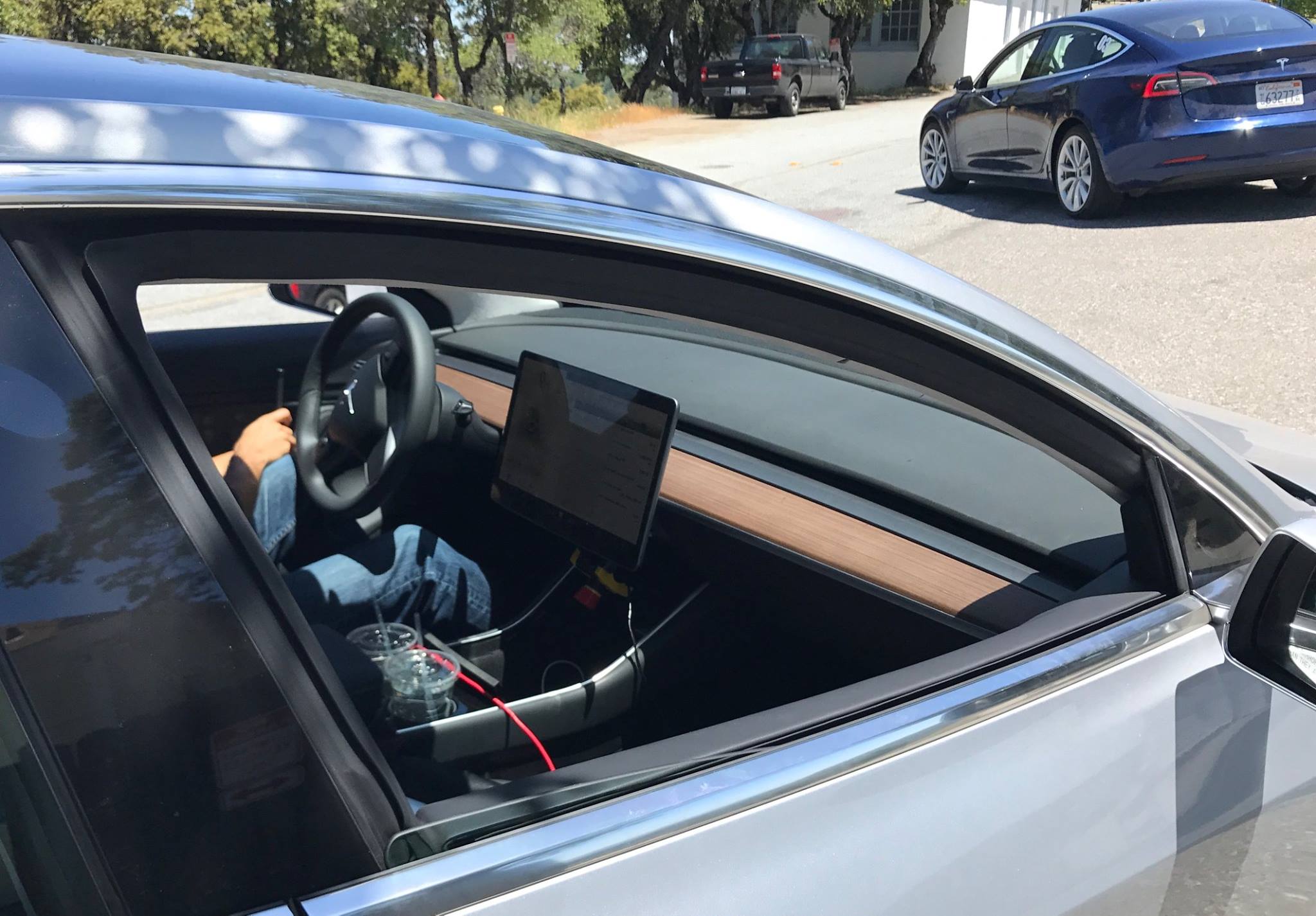 We get an especially good look at the dashboard and the single vent for the HVAC system.

A Tesla engineer giving out test rides during the unveiling of the Model 3 in March 2016 referred to the vehicle’s HVAC as “a really unique ventilation system without traditional vents but only a single slot.”

In this picture, we can clearly see the vent running from one side to the other.

We also get a good look at the center console and we can even see the prototype stop button, which is standard for test vehicles.

As usual, we like to remind everyone that the Model 3 release candidates are being tested at different stages of readiness and therefore, it’s not necessarily representative of the production version, which is expected to be unveiled in July.

Tesla also now appears to be adding numbers to its Model 3 release candidates. This number 67 appears to be the highest spotted so far, but it’s unclear at this point if the numbers are sequential.

During its previous test program ahead of Model X production, Tesla was operating a captive test fleet of “hundreds of vehicles”. It wouldn’t be surprising if Tesla’s Model 3 fleet grows to a similar size as it gets closer to production.