If you weren’t already excited enough for the Tesla Model 3 delivery event later this month, Tesla referral program members may have got an additional reason to be excited this evening.

Inside the Tesla App, folks who’ve filled up their referrals got a “Secret Level: Next Gen Roadster” announcement badge…

Tesla owners who reached 7 referrals in the previous referral program got an invitation email for the Model 3 Event that will happen on July 28th. The invitation is for the owner and 1 guest which will likely take place at the Fremont factory.

That was in addition to other prizes including a Tesla carry-on bag and a Model S for Kids from Radio Flyer.

But the big surprise was the new secret level after you reach 5 referrals: 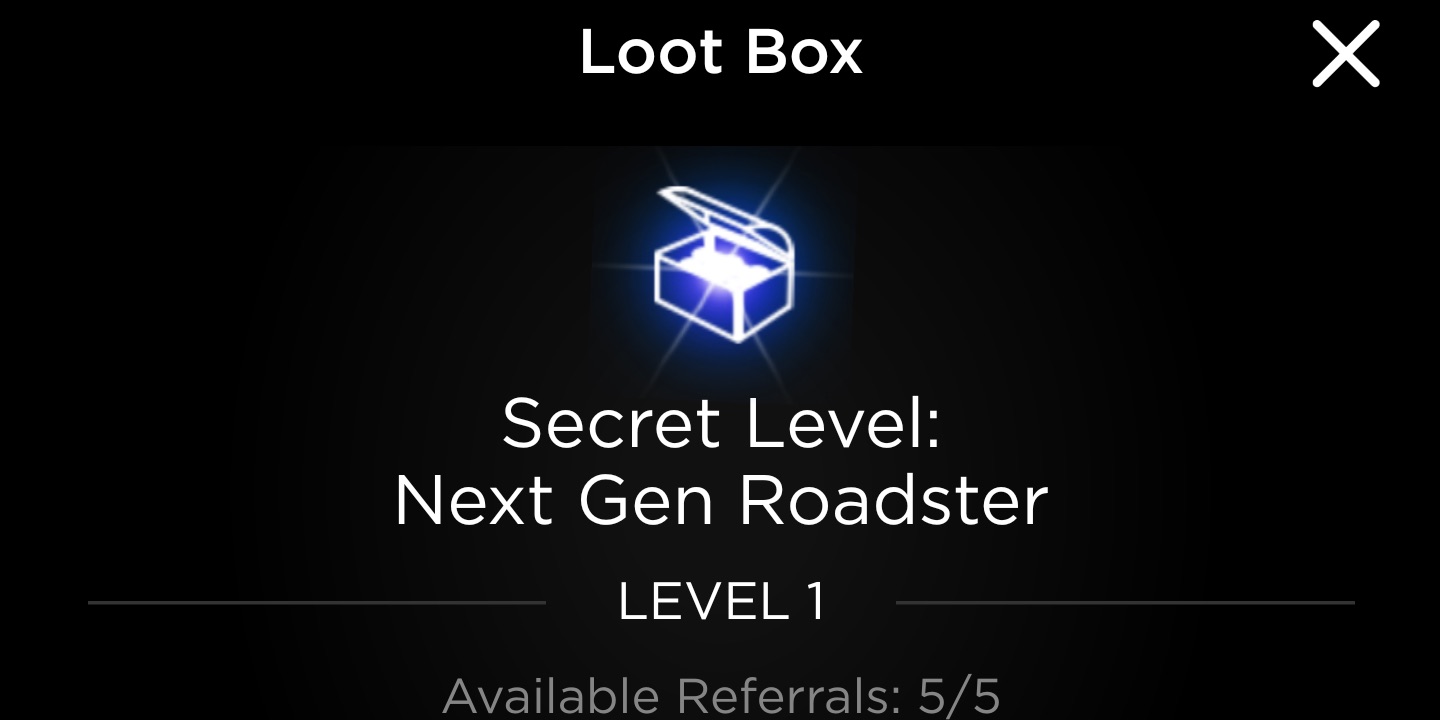 According to an update to the Tesla App’s “Loot Box” which shows owners how many referrals they’ve achieved, referrers can now get 10% off the price of a Founder’s Series Next Gen Roadster by referring 5 more Tesla owners and an additional 2% off per referral after that for up to 1 free Founders series Roadster after 50 referrals (!!) if my math holds up.

The Next Gen Roadster was speculated to be based on the Model 3 platform, so it’s certainly possible that Tesla might give us some more information about the new Roadster at a Model 3 event where many of Tesla’s top referrers will be in attendance, or at the Tesla Semi event in September.

For speed aficionados, Tesla CEO Elon Musk gave a hint at what kind of speeds Tesla is aiming for in the Next Gen Roadster in a Tweet earlier this year which would take it to “Maximum Plaid“.

That would an interesting target. Would, of course, only count if capable of doing so right off the production line with street legal tires.

Is this getting you more excited for the Model 3 event? I know I just thought of 50 friends I would love to sell a Model S/X to. Hook me up people.