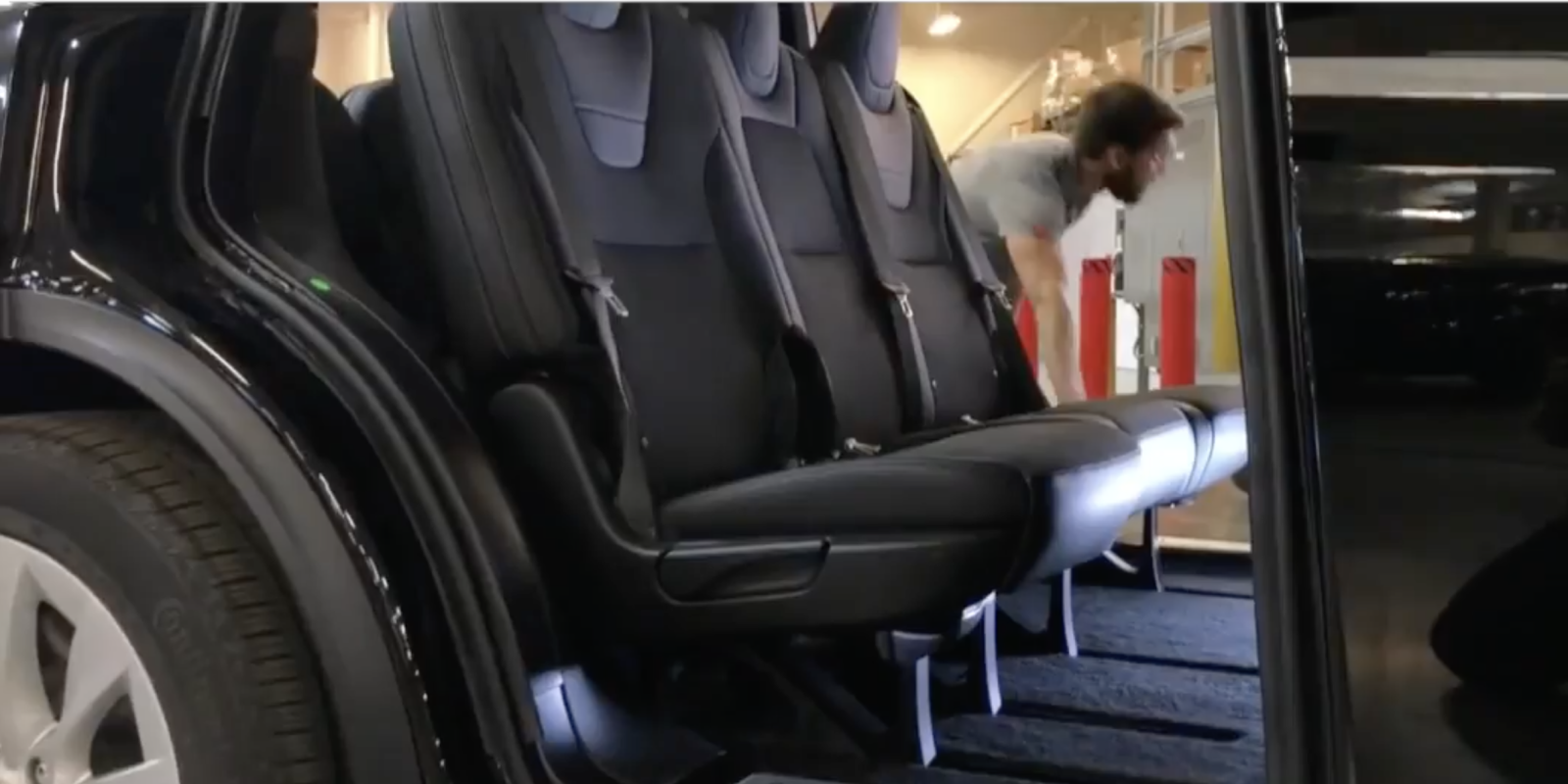 One of the most important changes is a new Model X configuration that they are now demonstrating.

Tesla updated the seat options on the Model X to introduce a new 7-seat configuration where the second and third-row seats fold flat.

Now, they introduced the option on the 7-seat configuration for the best of both worlds, cargo capacity and passenger capacity.

It’s a $3,000 option presented as being ideal for people who want to maximize both cargo space and passenger space.

In a new video, Tesla shows the extent of the updated second-row seat in order to allow the new fold-flat configuration with 7 seats:

They had to get rid of their monopost design which was an important design feature for Model X. CEO Elon Musk listed the second-row seat design as one of the main constraints that slowed the development of the Model X. They aimed to make it a “piece of art” framed by the large Falcon Wing doors.

With the new configuration, it was replaced by a less elegant (but not bad either when it comes to seat stands) black frame. A similar design was unveiled with the 5-seat configuration, but it has a more advanced mechanism demonstrated in the video above.

After releasing its most recent delivery numbers, Tesla recently said that it sees demand for the Model X increasing and more opportunities for the all-electric SUV. This new configuration is likely part of the plan.