Tesla starts building larger Supercharger stations in the US 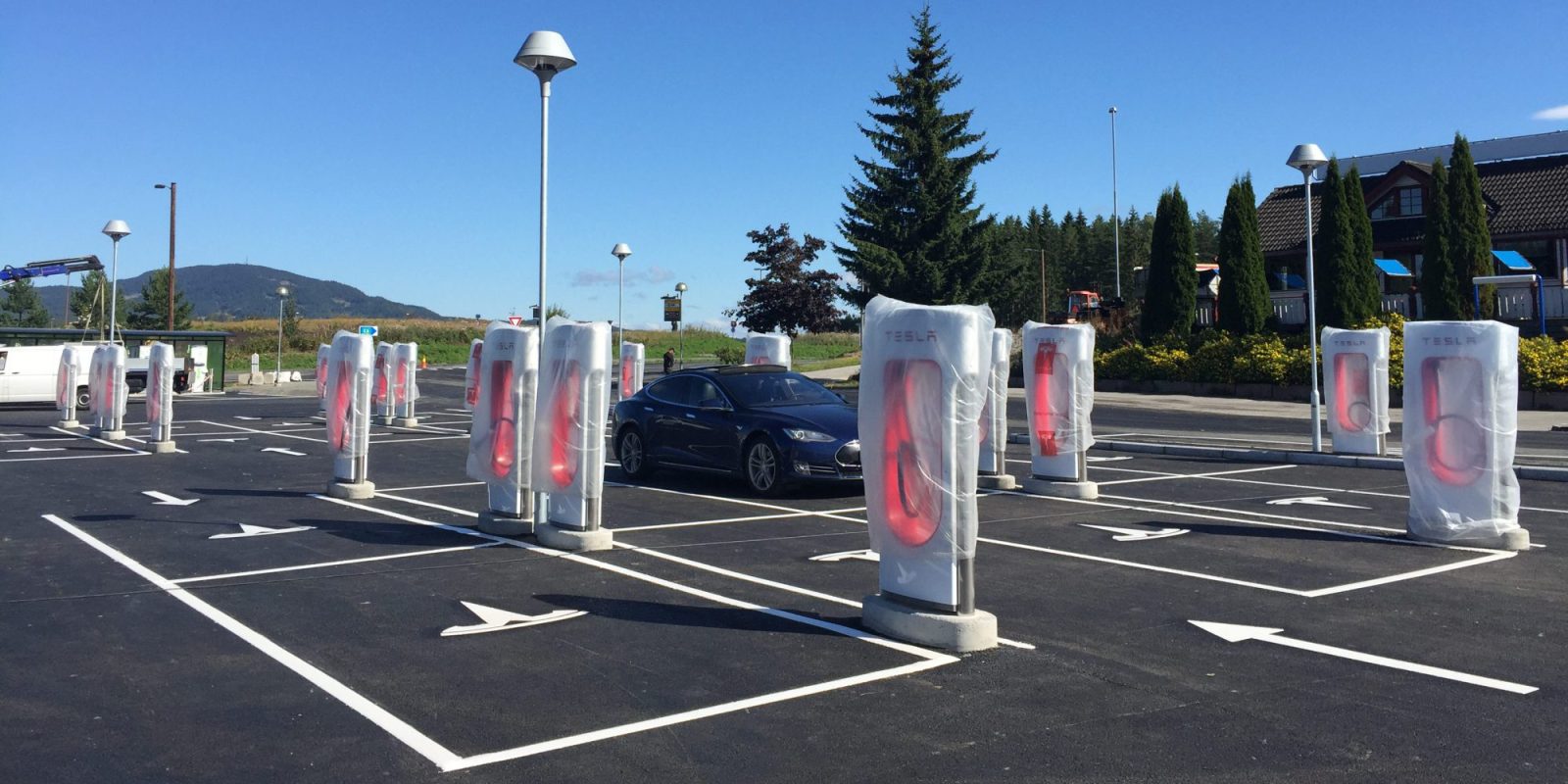 Tesla’s Supercharger stations still have an average of only just over 6 stalls because of the early deployment of the network only having 4 to 6 per station. Now that Tesla’s fleet has grown to over 200,000 vehicles and with the impending increase due to the Model 3 launch, they need to accelerate the deployment of Superchargers.

In order to do that, Tesla is adding stalls to existing stations and they are now building stations with significantly higher numbers of stalls per station.

We are not yet talking about the new kind of station that Tesla announced earlier this year with dozens of Superchargers – even some with between 40 and 100 stalls, but we will have more information on those soon – stay tuned.

Nonetheless, Tesla is now deploying stations with 20 stalls in the US – matching its biggest station to date, the Nebbenes Supercharger in Norway.

Over the past few weeks, the company started construction on two new 20-stall stations, one in Albany, New York, and another in Burbank, California.

It is located within an urban area, though to be fair it is also along the 5, and as we previously reported, Tesla’s new Supercharger strategy is a major shift that will enable urban EV ownership. Tesla owners without charging options at home will more easily be able to use Supercharging as regular charging option other than for long-distance travel.

The new Supercharger is located on top of a parking building in the middle of Burbank (pictures by WalterB on TMC):

There’s already another Supercharger in Burbank just half a mile from there, but it only has 6 stalls and they are often full.

Depending on when the new one comes online relative to the Albany Supercharger, since they are both still under construction, it should become the largest Supercharger station in the US and the largest in the world equal to the Nebbenes Supercharger in Norway.

While it’s exciting to see those bigger stations coming, we expect those to soon be dwarfed by upcoming new Supercharger stations – more on that later…