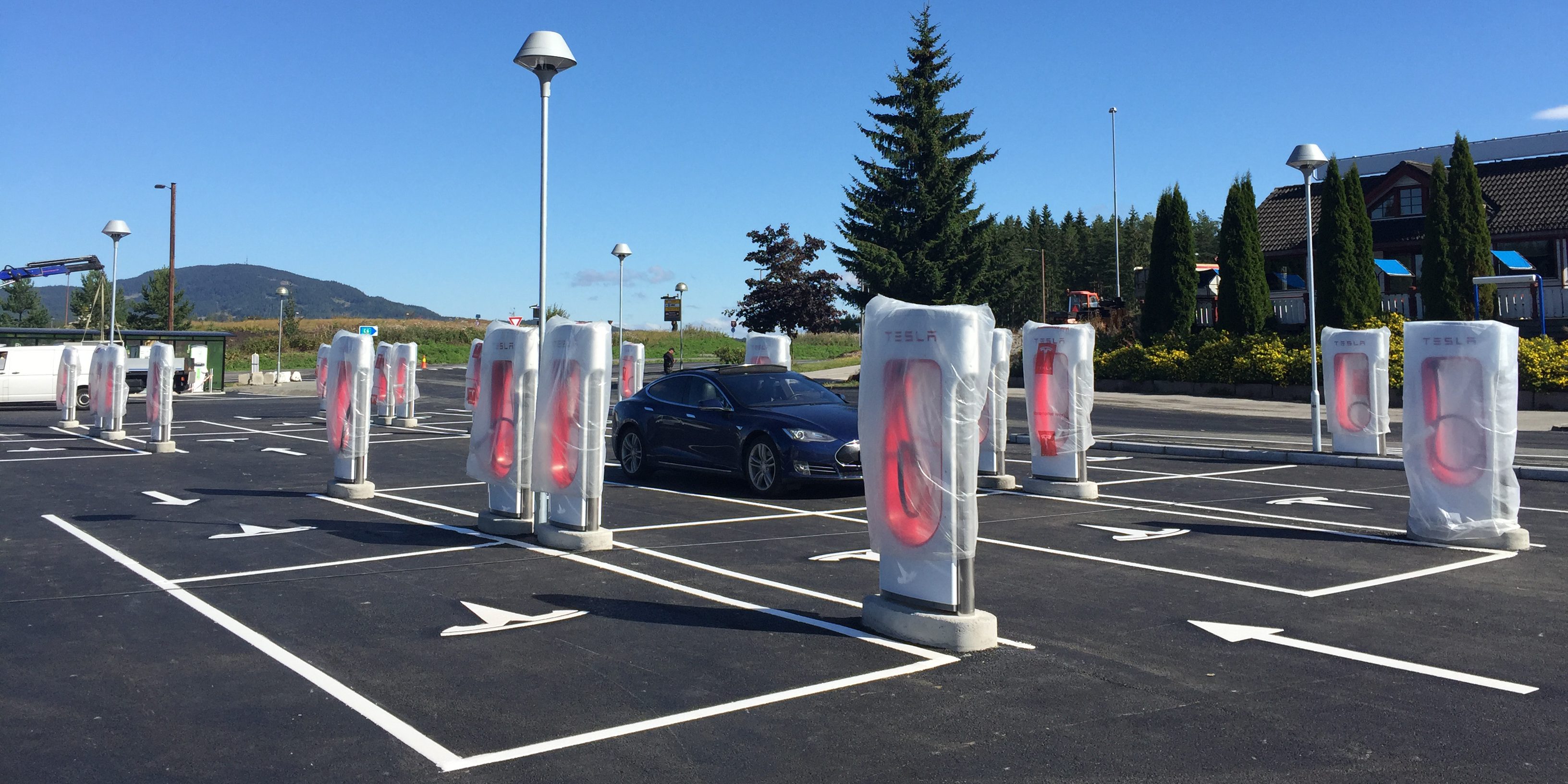 Last month, we reported that Tesla is about to open its two biggest Supercharger stations yet – two 20-stall stations. One in Fremont, California, and one in Nebbenes, Norway.

We made a remark about the layout of the stalls at the one in Nebbenes being different from Tesla’s usual Supercharger layout.

Now that they have painted the parking spots, we have a much better idea of what they are doing and it’s clearly different from your average Tesla Supercharger.

The layout is almost closer to what you would see at a gas station than at a regular parking lot, which is where Tesla normally installs its Supercharger stations and what they normally look like.

Tesla Model S owner Christoph Lumpi stopped by the new station and shared a few pictures with us (reprinted with permission – click for higher resolution):

Now that the Model X is making its way to Europe and deliveries started in Norway, we will see a lot more Teslas with trailers. This new layout will be much more practical for anyone with something hitched on the back.

As you can see from the pictures, the chargers still have their plastic covers on and they are not yet in operation. The new station is expected to come online by the end of the month.

As we explained yesterday in our piece about Supercharger growth, the new station alone will increase the number of Supercharger stalls in Norway by ~10%.

What do you think of the new layout? Do you think we should expect more future Supercharger stations to look similar to this one? Let us know in the comment section below.