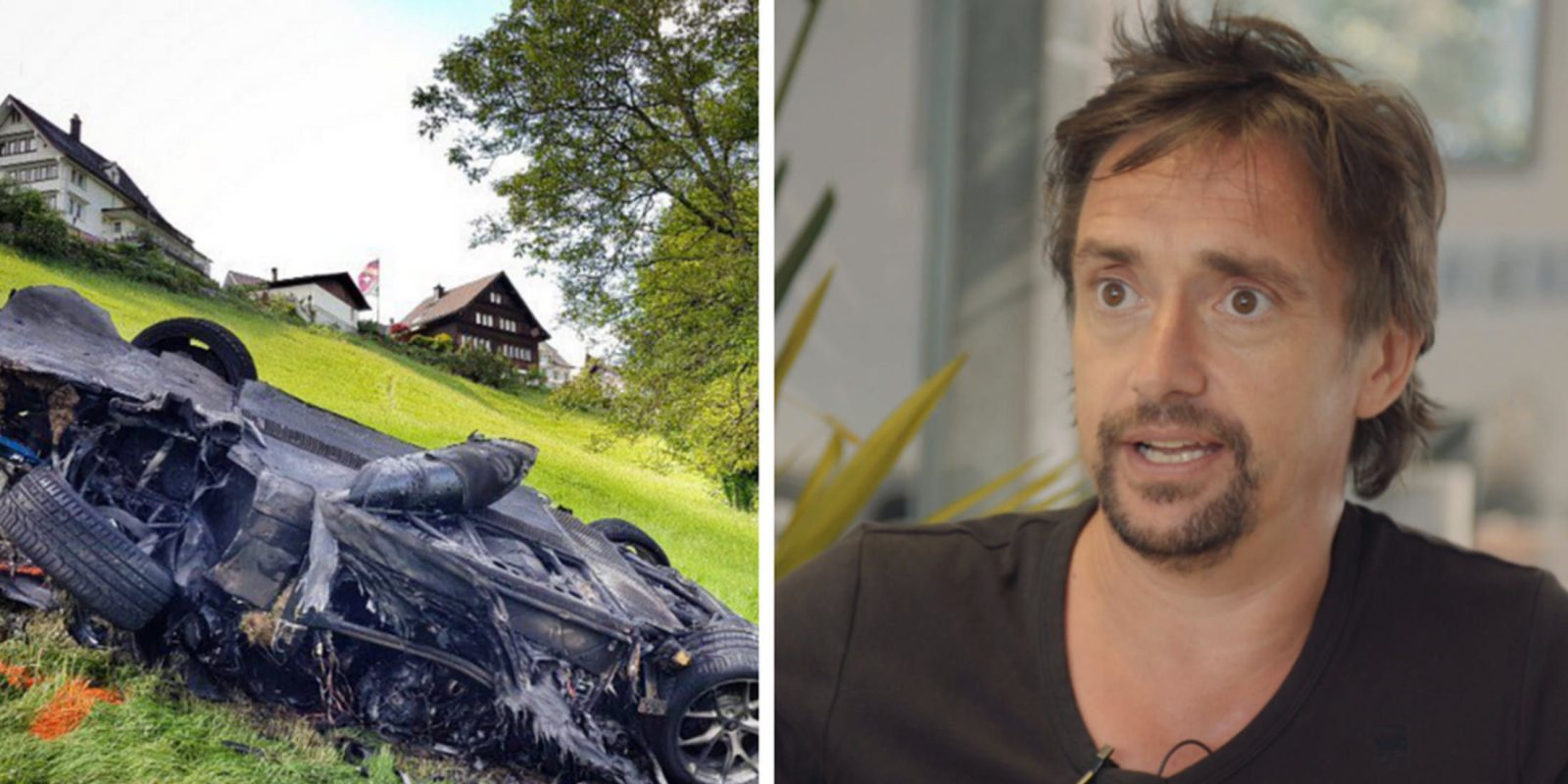 Matte Rimac, CEO of Rimac, and Richard Hammond, host of Amazon Prime’s The Grand Tour,  gave an interview about what happened earlier this month when Hammond crashed down a hill in Switzerland while testing the company’s all-electric supercar, the Concept_One.

The former Top Gear host said that he was impressed by the safety of the vehicle since he thought he was going to die as it was tumbling down the hill:

“And yeah of course there was a moment of dread – ‘Oh God, I’m going to die’. And also I was aware that the car was taking just such a beating. I mean if you look at those craters, that’s a big hole that’s just impact and it looks like the thing has been dropped from space to leave a whole that big. So yeah I was probably going ‘well this is it’. In fact that is what was going through my mind. I thought ‘I’ve had it’.

As it turns out, he only suffered an injury to his left knee and a few scratches, which is impressive considering the severity of the crash.

The vehicle caught on fire, but Rimac says that it would be expected of any vehicle after that kind of impact, but nonetheless, they will be using the data from the accident to try to improve their systems.

As for what led to the accident, Rimac blamed Hammond’s driving:

“The torque vectoring makes the car go where you point the steering wheel. So when you went into that left hand corner, you were way too fast and you would turn the steering wheel more than the car can take, more than physic can take with the tires, the weight of the car, and so on.”

In his defense, Hammond said that he was on his fifth day of testing the vehicle and he could not get it to oversteer because of the torque vectoring up until that point, which surprised him.

Matte pulled out the data from the car and explained that on the day of the hill climb in Switzerland, Hammond got increasingly confident and went from a top speed of 145 km/h in his first run to 177 km/h in his fourth run.

Hammond had previously taken the particular corner where he crashed at a top speed of 108 km/h, but on the run that he went off the hill, he was coming at 134 km/h (83 mph).

The CEO also revealed that the car, which was one of eight, belongs to a customer and they apparently can not replace it. They may have to wait until they release their upcoming new higher performance version.