We still don’t know exactly what colors Tesla will offer on the Model 3, but the ones we’ve seen on the release candidates so far are the best indicators.

After black, blue and white, a new red release candidate has been spotted – bringing the palette of colors to four.

Prior to the release candidate program, Tesla had built a Model 3 frame in plastic with the same multi-coat red color, but the vehicle wasn’t a full prototype and was empty.

The new one spotted yesterday is clearly not the same since it has a full interior. 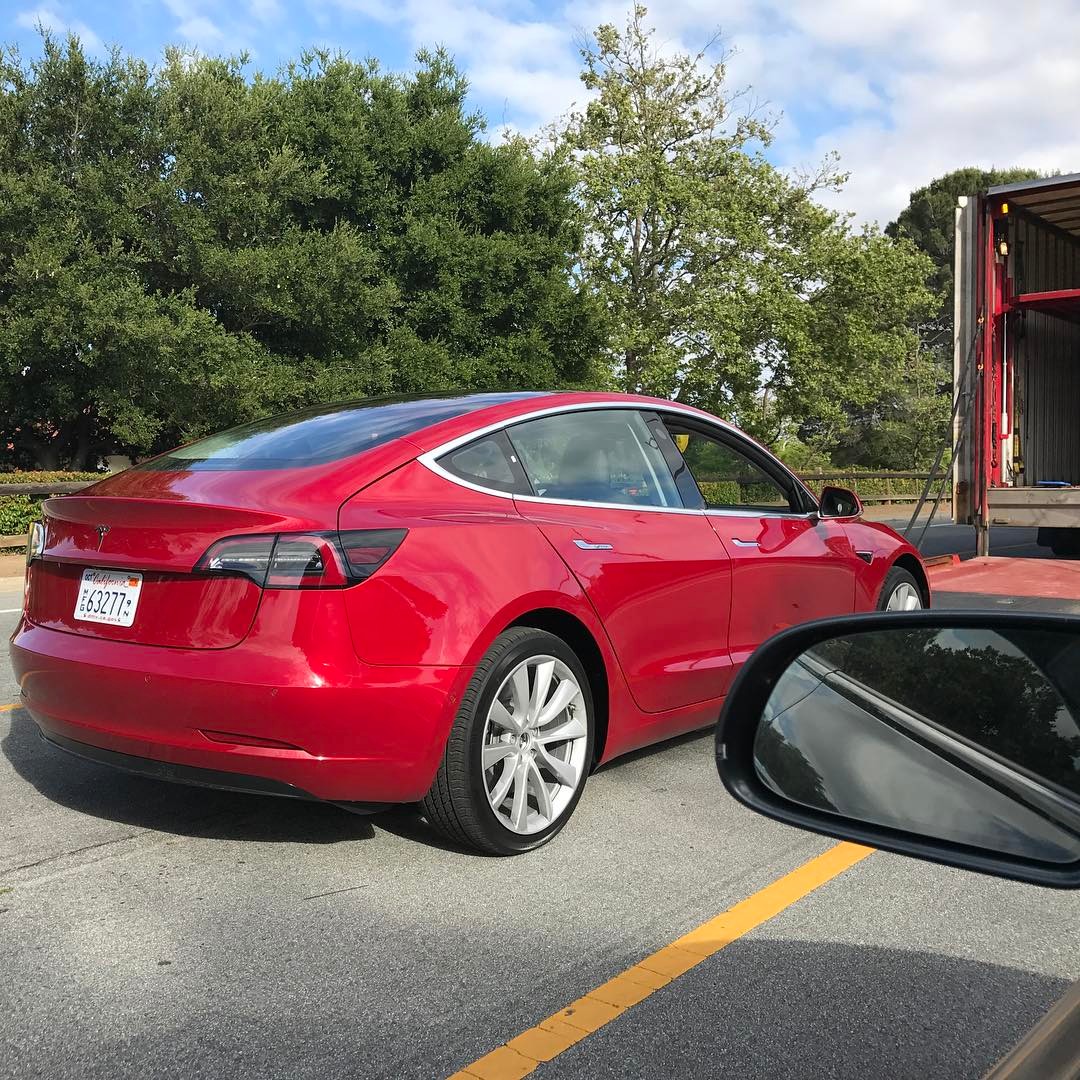 Like the white Model 3 release candidate spotted in the last few weeks, it still has significant panel gaps around the trunk.

But at least, it does look like the trunk opening is bigger than on the earlier prototype. Jamie broke down the enlarged trunk opening in a previous post.

Earlier this month, we asked our readers their favorite color seen on Model 3 release candidates so far and out of the ~10,000 people who responded to the poll, 40% went with blue, 37% with white, and only 23% with black.

Let’s try that same poll again now with the red added to the mix:

Earlier this month, Tesla gave an update on the Model 3 production plan and they said that they completed the expansion of their paint shop for the Model 3:

“Paint shop preparation has been completed and installations of our dedicated Model 3 body welding and general assembly lines are progressing well.”

It could mean that the Model 3 release candidates that we see from now on will have been painted with the final production paint shop.

Considering that production is scheduled to start in roughly 2 months, Tesla likely already has or is about to lock in those options. Production for employees will start in July and therefore, they will likely have to configure their orders and choose the color sometime in June. While regular reservations holders on the west coast should be invited to change their reservations into orders about a month later or around the start of Model 3 production for employees.

Tesla is reportedly planning a delivery event for the first vehicles in July, we are likely to have all those information then.