Tesla has been making more moves into the commercial and utility-scale solar plus energy storage business over the past year. Recent projects like the one on the Island of Kauai and a SolarCity/Tesla Energy project in Connecticut are good examples.

Now we learn that Tesla is looking for similar projects in Argentina as a company executive visited government officials in the country last week.

Bob Rudd, a former VP of Energy Storage at SolarCity and now Director of Energy Storage and Microgrids at Tesla, met with Gorvernor of Salta Province Juan Manuel Urtubey’s Cabinet Chief, Carlos Parodi, and the Minister of Environment and Sustainable Production, Javier Montero.

In a press release, the Gorvernor said that Rudd expressed Tesla’s “interest in investing in renewable energy” in the region and the province’s potential for lithium exploitation.

“Rudd said that Salta is the first place in the country that they visit with intentions to invest, due to the advantages offered by the province, both for its natural conditions and for predictability for investors through the official policy of ensuring legal security for development of productive projects.”

Argentina still gets most of its electricity from fossil fuels and therefore, there are a lot of opportunities to develop solar and energy storage projects, but it’s especially interesting that Tesla chose to visit the Salta province, which has been described as “ground zero” for lithium, an important material for Tesla’s batteries. 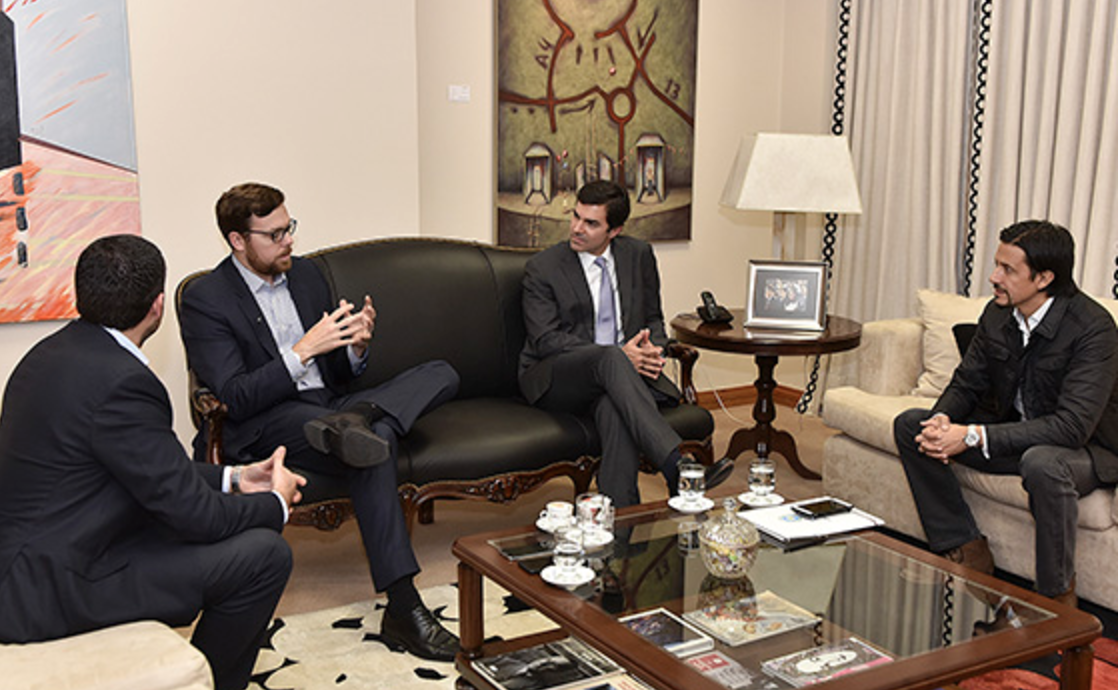 Tesla’s Bob Rudd meet with the cabinet of the Gorvernor of Salta Province, Juan Manuel Urtubey

Tesla has previously looked in Chile, where there are large lithium deposits, for partnership with local lithium miners, but it’s the first time we hear of Tesla looking in Argentina to source lithium.

Some of the resources needed to make Tesla’s batteries have come to the forefront of the junior mining industry trying to bring online new mining operations. Especially since Tesla announced that it tripled the planned production of the Model 3 to over 100 GWh per year and now plans to start working on 3 to 4 more Gigafactories.

We recently reported on some companies working on increasing the production of some of the main minerals behind Tesla’s batteries: How to invest in the resource boom that Tesla Gigafactory and electric vehicles are creating.

Several of those companies have claims on lithium deposits in Argentina.

Back in January, Tesla said that it had secured lithium supply through 2017, but the real volume is expected to come in 2018 and Tesla could be looking to secure that supply at this point.