Tesla launches its Powerpack 2 project in Hawaii, will help Island of Kauai get more out of its solar power

We are talking about a 52 MWh Tesla Powerpack installation (272 units) with a 13 MW solar farm (~55,000 solar panels) built by SolarCity. The system will help the Island of Kauai get more out of its solar power and retire more diesel generators.

Tesla CTO JB Straubel was present for the inauguration today with KIUC President and CEO, David Bissell, Governor of Hawaii, David Ige, and the Mayor of Kauai, Bernard Carvalho.

KIUC serves just over 30,000 customers on the remote island and it already has significant solar power capacity, but they have to run diesel generators when the sun is not shining.

They can run 100% on renewables for short periods of times under the best conditions in mid-day if demand is low, but the new Tesla Powerpacks will enable them to achieve 100% renewables more frequently.

Tesla and KIUC expect that it will reduce the use of fossil fuels by approximately 1.6 million gallons per year.

The price is also surprisingly competitive. Under the power purchase agreement, Tesla/SolarCity’s project is currently selling power to Kauai at 11 cents per kWh or third of the cost of electricity generated through burning diesel.

Tesla is finding success with its energy storage systems on remote islands, like its recent microgrid on the island of Ta’u in American Samoa or at a resort in the Fiji Islands.

This new project, which again is now being inaugurated but has been in the work for over 2 years, is similar but larger in size. The goal is to keep replicating those projects at larger scales.

The project also features Tesla’s new inverter developed in-house, which has the “best-in-class peak efficiency” of 99%, according to the company.

Now that this project, along with other large Powerpack projects like the 80 MWh Powerpack station with Southern California Edison, is completed, we expect that Tesla will be able to dedicate more batteries to the Powerwall 2 and start shipping the product in larger volume.

CTO JB Straubel said that Tesla is growing its energy storage business “as fast as they can humanly scale it“. In 2015 after unveiling its new ‘Tesla Energy’ division, the company made $14 million in revenue from the new venture. Last week, Tesla confirmed that it made $96 million in 2016. 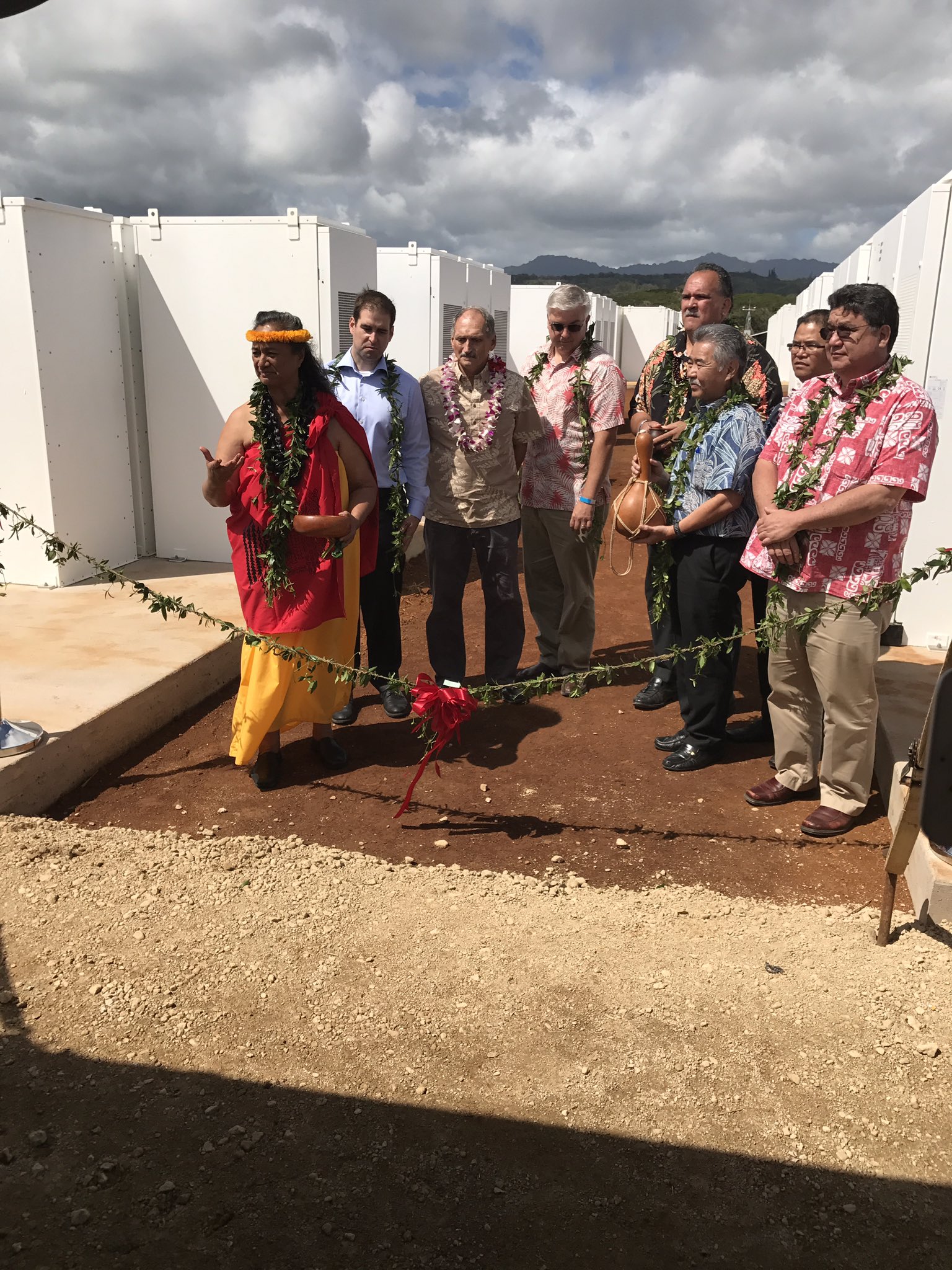 With the recent projects coming online and the launch of the Powerwall 2, it is expected to keep growing exponentially for the foreseeable future as utilities are looking at ways to stabilize the grid with more use of renewable energy and homeowners want to protect themselves from outages and get more out of their solar power with home energy storage.