Tesla expands its Destination Charging network to over 5,000 locations

Tesla’s Supercharger network is by far the most exciting of the company’s two charging networks since it’s faster and enables long-distance travel, but the Destination Charging network also plays an important role in Tesla’s EV infrastructure.

It’s clear that the company is betting on it since the network grew 25% globally over the past 3 months alone –  to now over 5,000 locations.

While Tesla’s Supercharger network is made of DC fast-charging stations for long distance driving, the Destination Charging network consists level 2 chargers, more specifically the ‘Tesla Wall Connector’, installed at restaurants and hotels to charge once Tesla owners arrive at their destination, hence the name.

Under the Destination Charging program, Tesla offers the first 2 chargers for free or heavily discounted as long as they are installed in a “visible or convenient location”.  Hotels, restaurants, shopping centers and resorts participating in the program have to cover the electricity cost and Tesla includes the businesses in its available charging locations in its trip planner.

That way, businesses can more easily get Tesla owners to stop by and Tesla can expand the network in a capital efficient way.

Arxcis over on /r/teslamotors has been updating a spreadsheet of the growth of Tesla’s Destination Charging network over the past 2 years and they have clearly picked up the pace in the past few months: 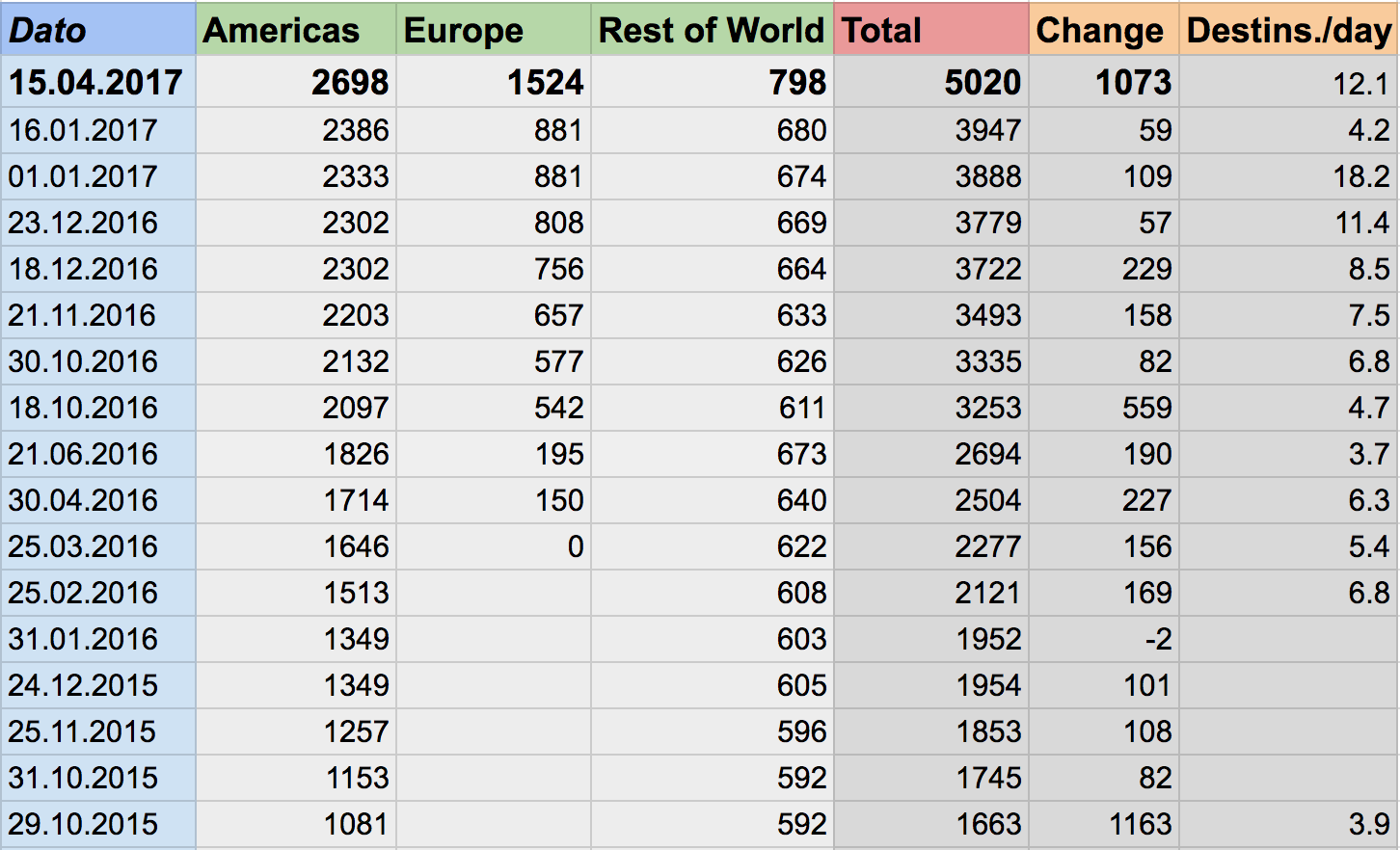 As you can see, Europe is mostly responsible for the recent increase. That’s because the network is only a year old on the old continent and still growing fast.

Tesla launched it April 2016 with 150 locations and in just 12 months, it now covers most of west and central Europe:

The network in the US has also been growing, but it was already significant a year ago. Here’s the difference between April 2016 and April 2017:

Over the past 3 months, Tesla also expanded the network to new countries as it made the Model S and X available, like in New Zealand, United Arab Emirates, Jordan, Czech Republic, Poland and Portugal.

In other countries, Tesla’s Destination Charging network was already there, but it expanded significantly over the same period.

For example, Switzerland went from 58 to 115 Destination charging stations over the last quarter. The small country is now almost completely covered by the network: 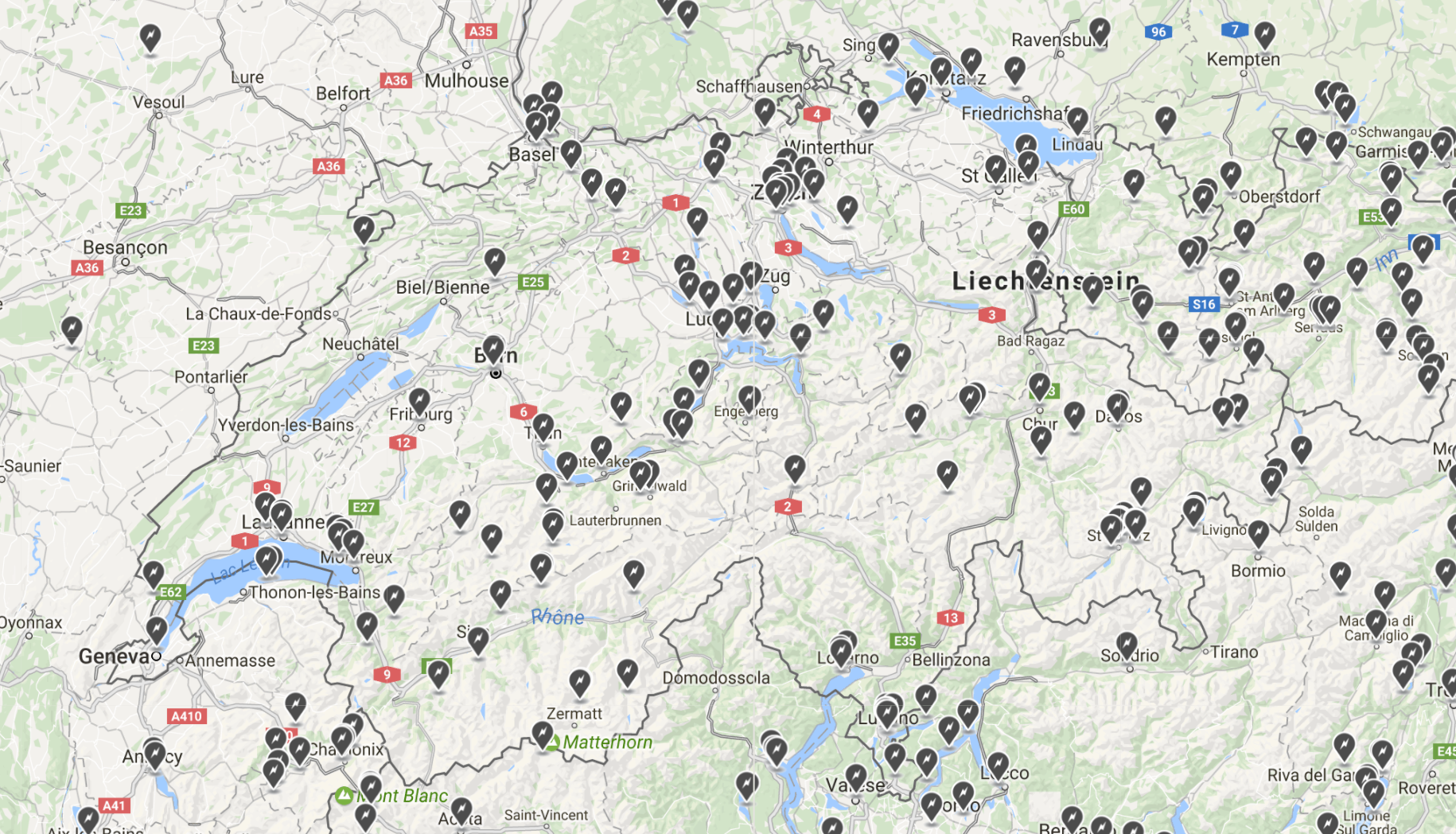 Places like Germany, France, and Spain are also taking advantage of the network and have almost doubled their number of stations since January.

The company seems on its way to achieving those goals since Tesla has now 5,339 Superchargers in operation and considering Destination Charging locations generally have at least 2 chargers, the network is likely over 10,000 chargers with its 5,020 locations at this point.