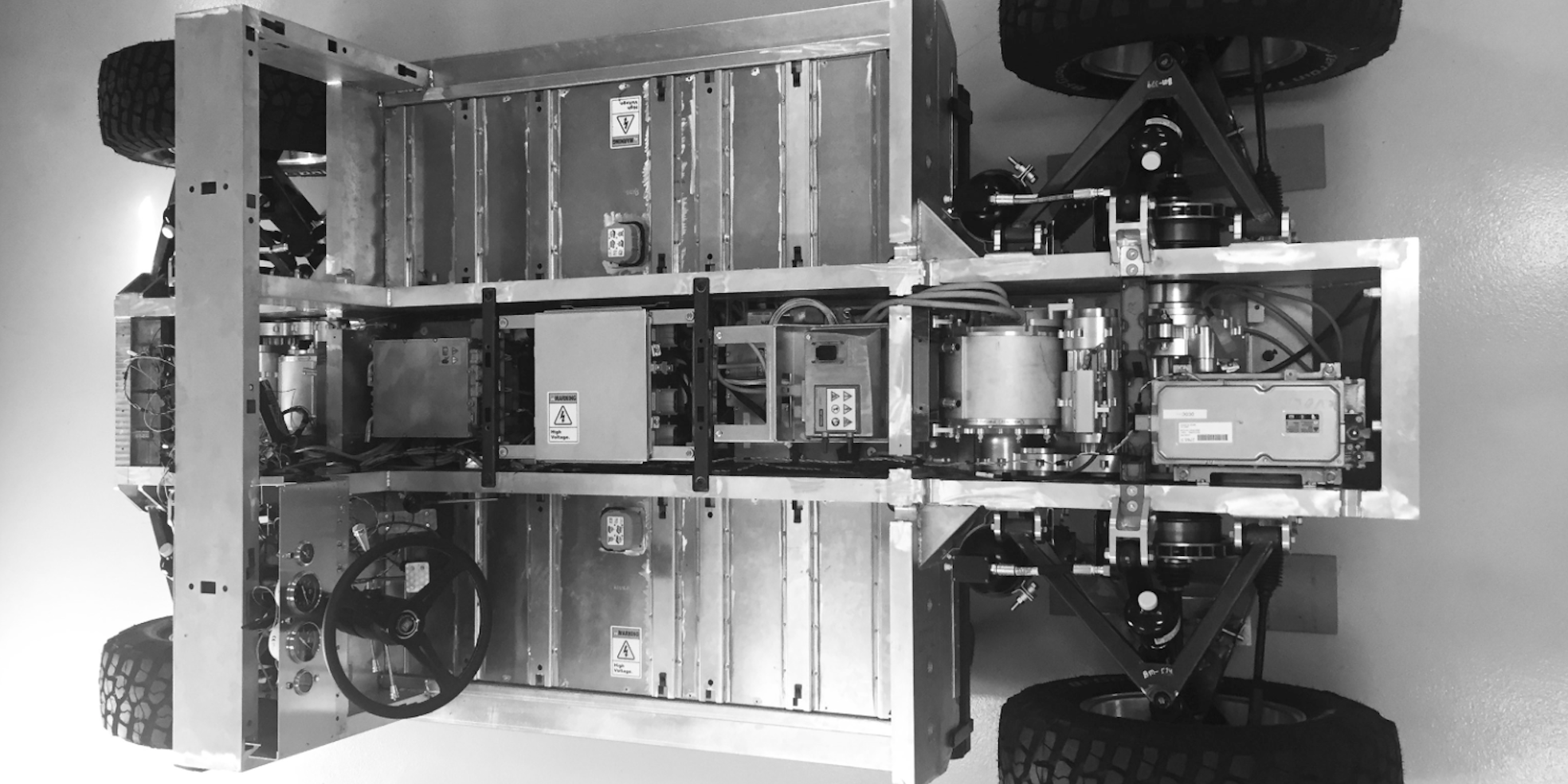 New York-based Bollinger Motors has been gradually stepping out of stealth mode over the past few months leading to the upcoming unveiling of its all-electric sport utility truck this summer.

Today, the company revealed the first images of the chassis they designed for the truck.

They claim that the chassis weighs only 295 pounds (134 kg). They described it in a press release today:

“It sports a wheelbase of 105 inches, front and rear track of 68 inches, an approach angle of 56 degrees, departure angle of 53 degrees, and break over angle of 33 degrees. The chassis by itself weighs just 295 pounds while not sacrificing structural or torsional rigidity.

As we reported when they released the first teaser picture of the truck, they seem to be aiming for a minimalistic design and it seems to be the case again for the chassis.

They released a few pictures:

Apparently, they are sticking with the black and white theme that they used for the first teaser.

The chassis rides on Mud Terrain LT285/70/R17 tires with high offset aluminum wheels. The company claims it will offer “traction and performance anywhere.”

“We utilized the area between the chassis rails, below the driver and passenger, to house our battery storage system and located the high voltage electronics in the center of the chassis below the floor level. This gives the vehicle a very low center of gravity which makes for unmatched on and off-road stability. We also designed the hydraulically-assisted steering rack in-house to allow us to fine tune the driving dynamics to our exact specifications.”

They also released more information about the suspension system:

“The base ride height provides for 15.5 inches of ground clearance but will be adjustable using a self-leveling, 4-wheel independent, hydro-pneumatic suspension within the 10 inches of wheel travel. The A-arms are made of high strength steel and attach to the frame via durable polyurethane bushings, while disconnectable anti-roll bars allow traction enhancing, full suspension articulation during off-road maneuvers.”

As well as a few pictures: 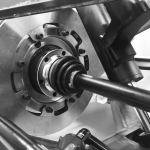 Robert Bollinger, the company’s founder and CEO, also commented on the revealing of the chassis:

“This chassis will be the foundation for our advanced all-wheel-drive system and our all-electric powertrain which will combine to produce best in class horsepower, torque and ground clearance. We are pushing the truck category forward and have improved on what is currently available in the marketplace today to make a world-class vehicle that can go anywhere and do anything.”

Again, Bollinger plans to unveil the all-electric truck in full this summer and bring it to production as soon as next year.