Bollinger Motors, a New York-based electric vehicle startup currently stepping out of stealth mode, is working on an all-electric sport truck and released today the first teaser picture of the vehicle.

The picture doesn’t show much. It’s literally a picture of the truck’s reflection in a puddle of water.

Robert Bollinger, Founder of Bollinger Motors, said about the release of the picture:

“We’re keeping the design a secret for now, but this gives you an idea of what we’re working on: simple, flat sides and sharp lines.”

You can still definitely see that the side panels are completely flat, which results in a very simple look.

We added a cropped and horizontally flipped version of the picture above, but here’s the actual teaser image: 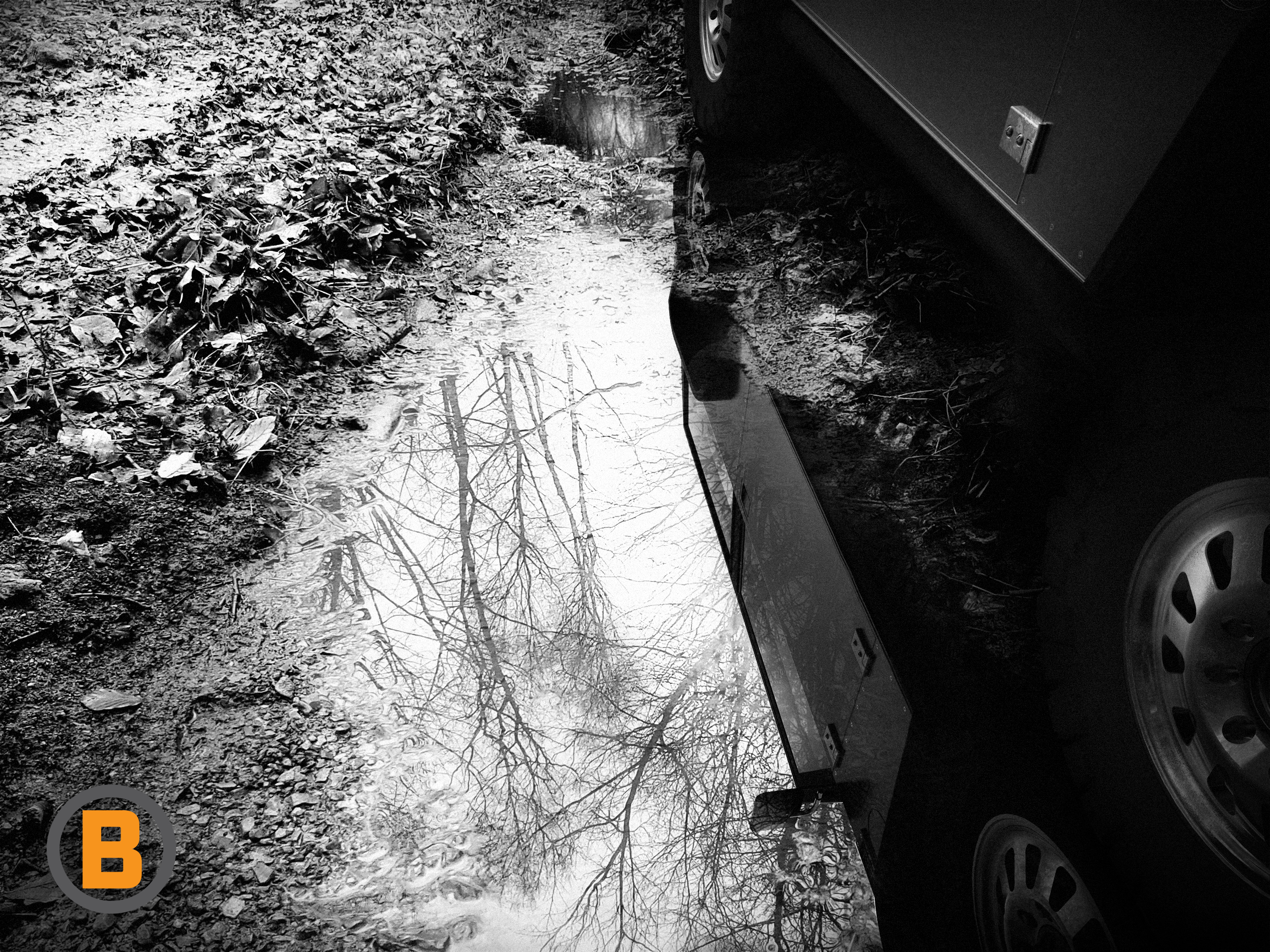 Flat panels are not really about aesthetic here but manufacturability. Bollinger says that it will enable the startup to manufacture its own all-aluminum body panels:

“Flat planes with bends, chamfers and controlled bends are possible with minimal machinery, avoiding expensive molds and stamps. The end result is a rugged, easily assembled truck ready for the great outdoors, off-road or on the highways and city streets.”

The company is developing an all-electric all-wheel drivetrain with 50/50 weight distribution to power this new vehicle, which will be unveiled this summer.

It is described as a “sport utility truck” with “best-in-class horsepower, torque, traction, angle departures and ground clearance.”

While Bollinger isn’t exactly the only company working on all-electric trucks since Elon Musk announced last year that Tesla is working on a pickup and a few other companies announced plug-in/HEV trucks, the company could be alone (for now) in the “sport utility truck” segment. Though there have been conversions of on- and off-road utility trucks before, like Arnold Schwarzenegger’s custom all-electric Mercedes G-Class made by Kreisel Electric.

Bollinger claims that the truck it is teasing today will be the “first fully-working, production-ready, all-electric full-size truck” when they unveil it this summer. They plan to bring it to production in 2018.