Elon Musk released a video of the first Model 3 release candidate drive last month, but the video was very low resolution and dark.

Tesla has been testing the vehicle ever since, but it has only now been spotted in the wild for the first time.

New friend of the site Wayne said that he spotted it near Tesla’s headquarters in Palo Alto – where most of Tesla’s prototypes are spotted.

Apparently, the Model 3 was following a BMW when both vehicles passed him. He followed and wrote:

Two cars, other was a BMW. They were driving pretty fast past me. I pulled a u-turn and followed. They switched drivers.

They could be tuning the vehicle’s driving performance, which would explain why it was following a BMW and they switched drivers.

That’s when he was able to snap a picture of the prototype: 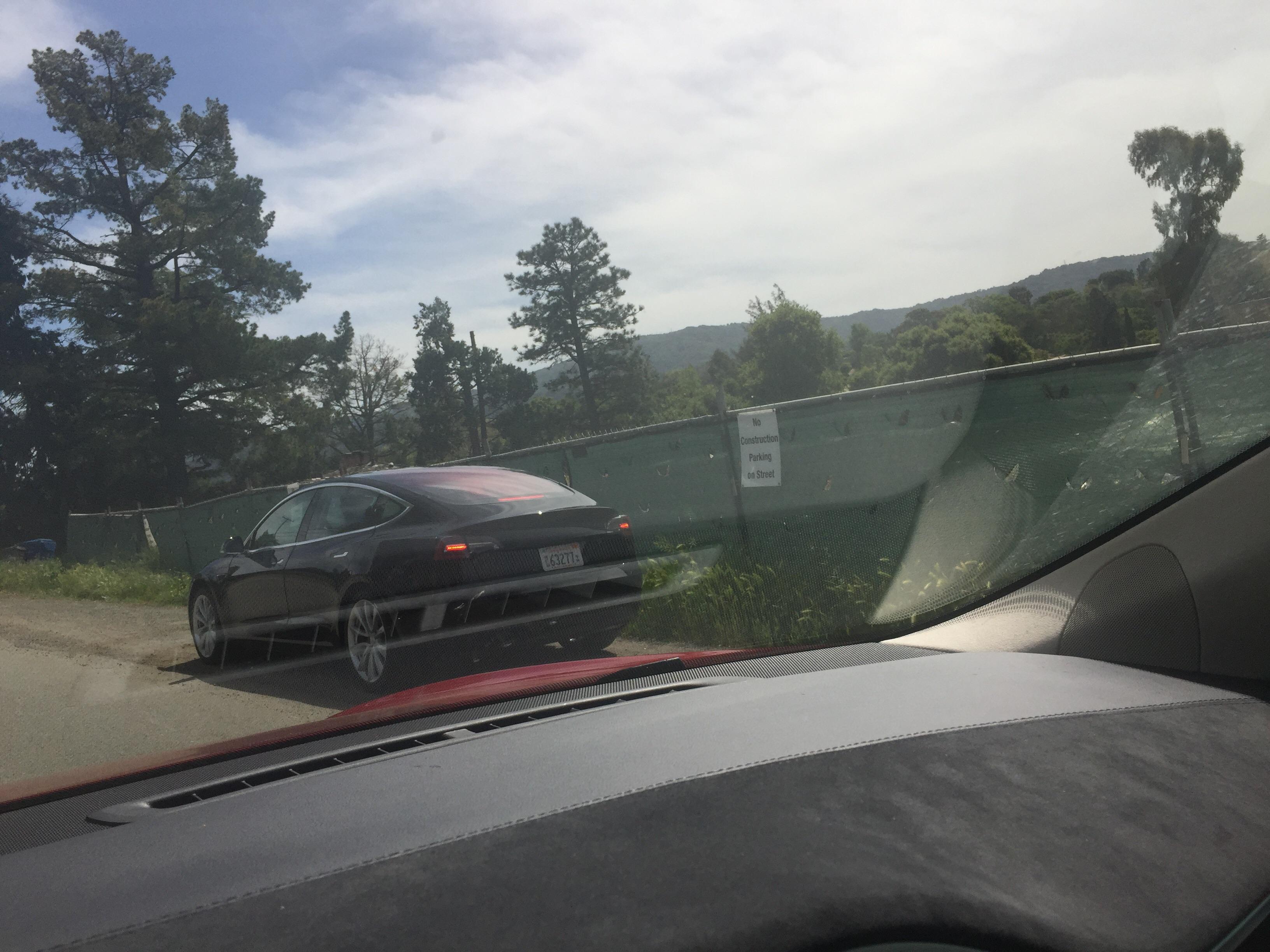 Musk said that Tesla was aiming for the Model 3 to be competitive with the BMW 3-Series.

We are trying to get more pictures, but so far it looks like it is the same release candidate as the one seen last month. We learned that Tesla has several prototypes on the road and they are all slightly different and testing different aspects of the vehicle.

As we reported last month, Tesla started production of release candidate Model 3 vehicles, which are cars made almost entirely on production machines in order to test both the production process and the vehicles themselves.

Tesla virtually skipped the “beta prototype” phase because they focused on the production machines and therefore, they are able to produce advanced prototypes directly on what will be the production line.

The move should enable Tesla to bring the Model 3 to production on a more aggressive timeline than usual for comparable vehicles. As of the latest reported information, Tesla is expecting to be on track to start low-volume production in July and ramp up to 5,000 units per in September.