As part of ‘Tweetstorm’ today, Musk shared a short low-resolution video of the Model 3.

Maybe there are some slight adjustments to the front fascia and headlights, but again, the video is very low-res and it’s hard to tell.

Here’s the video in question:

First drive of a release candidate version of Model 3 pic.twitter.com/zcs6j1YRa4

It’s the first time that we see the Model 3 in another color than silver, red, or matte black.

If you can spot other changes, make sure to let us know in the comment section below.

Tesla Model 3's final design has a much sharper fascia than the prototype https://t.co/ZrgRMOzECG pic.twitter.com/E3wslEpKLH

Here’s a side-by-side comparison with the pre-alpha prototype and the lip looks much sharper on the release candidate – almost Porsche-like (picture via WhiskerSauer): 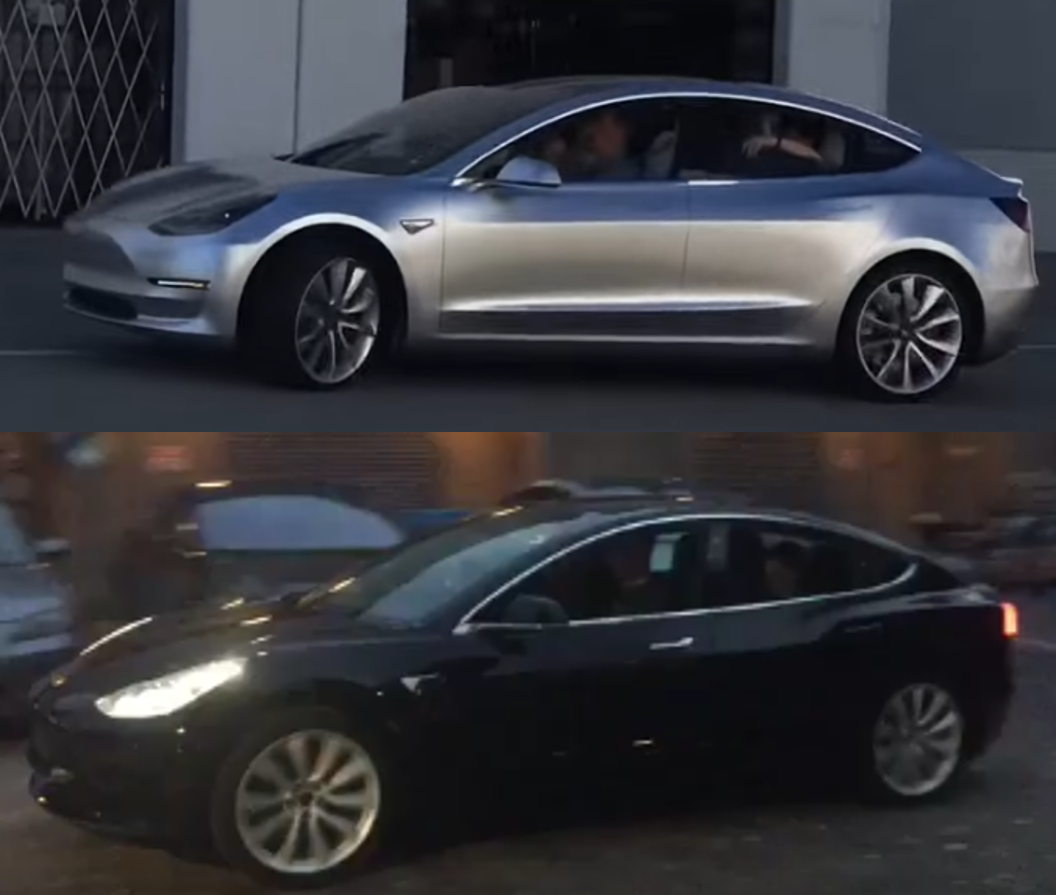 Tesla is likely to start testing the release candidates on public roads very soon and therefore, we are likely to soon get better images of the vehicles. hopefully sooner rather than later.

If you get pictures of the Model 3, make sure to send them my way either via Twitter @FredericLambert or via email fred@9to5mac.com. If you are a Tesla owner, we can share your referral code in the credit for the images.