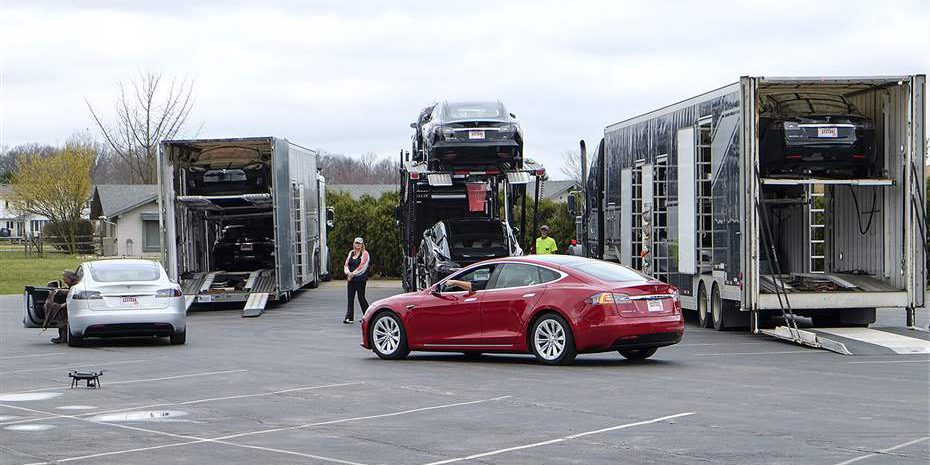 Yesterday, on the same day we reported on Tesla launching its corporate fleet program, a company took delivery of a fleet of 21 Tesla Model S sedans in Maumee, Ohio.

The company in question, Maumee Assembly & Stamping, is a Tesla supplier and the owner, Stanley Chlebowski, said that he ordered the cars to “get Tesla’s attention” and maybe get more work from them with the upcoming launch of the Model 3.

The company says that it stamps out aluminum C-pillars of the Model X and makes racks for Tesla’s Gigafactory, but Chlebowski is more interested in making Model 3 parts.

He told a local news outlet as he was taking delivery of 21 out of the 23 cars ordered – pictured above:

“We’re trying to be ahead of the curve and make some noise and promote the company and expand our relationship with them and do more work for them.”

Maybe it will help. Chlebowski says that he is in discussion with the company to get work on the Model 3 and for a contract to install charging stations.

Only 15 of the 23 cars will be used as company cars by the firm. The rest will be sold or leased by Reliance Rental & Leasing Co, another of Chlebowski’s companies.

Travis Barta, Vice President of Operations of Maumee Assembly and Stamping, also commented on the move:

“We want to support those that support us. Tesla gives us work and they took a chance on us.We want to show our appreciations and support for that and we also want to cut our carbon footprint.”