Tesla and Panasonic are not the only two companies working at ‘Gigafactotry 1’ in Nevada. Tesla set up the battery factory to house several suppliers who are part of the supply chain of li-ion batteries.

A new supplier announced its part of the production line and released rare new pictures from inside the plant.

When Tesla allowed tours of the Gigafactory, it generally restricted access to the battery cell production floor and only focused on the production of the battery modules, Powerwalls, and Powerpacks, which represent Tesla’s manufacturing effort inside the factory.

Tesla manages the building and supply chain, but Panasonic and several other suppliers are in charge of manufacturing the battery cells, which is taking a significant portion of the massive building.

Here’s diagram of the cell production process and the stops at the different steps during a factory tour for investors earlier this year. As you can see, it only included the last few steps of the process: 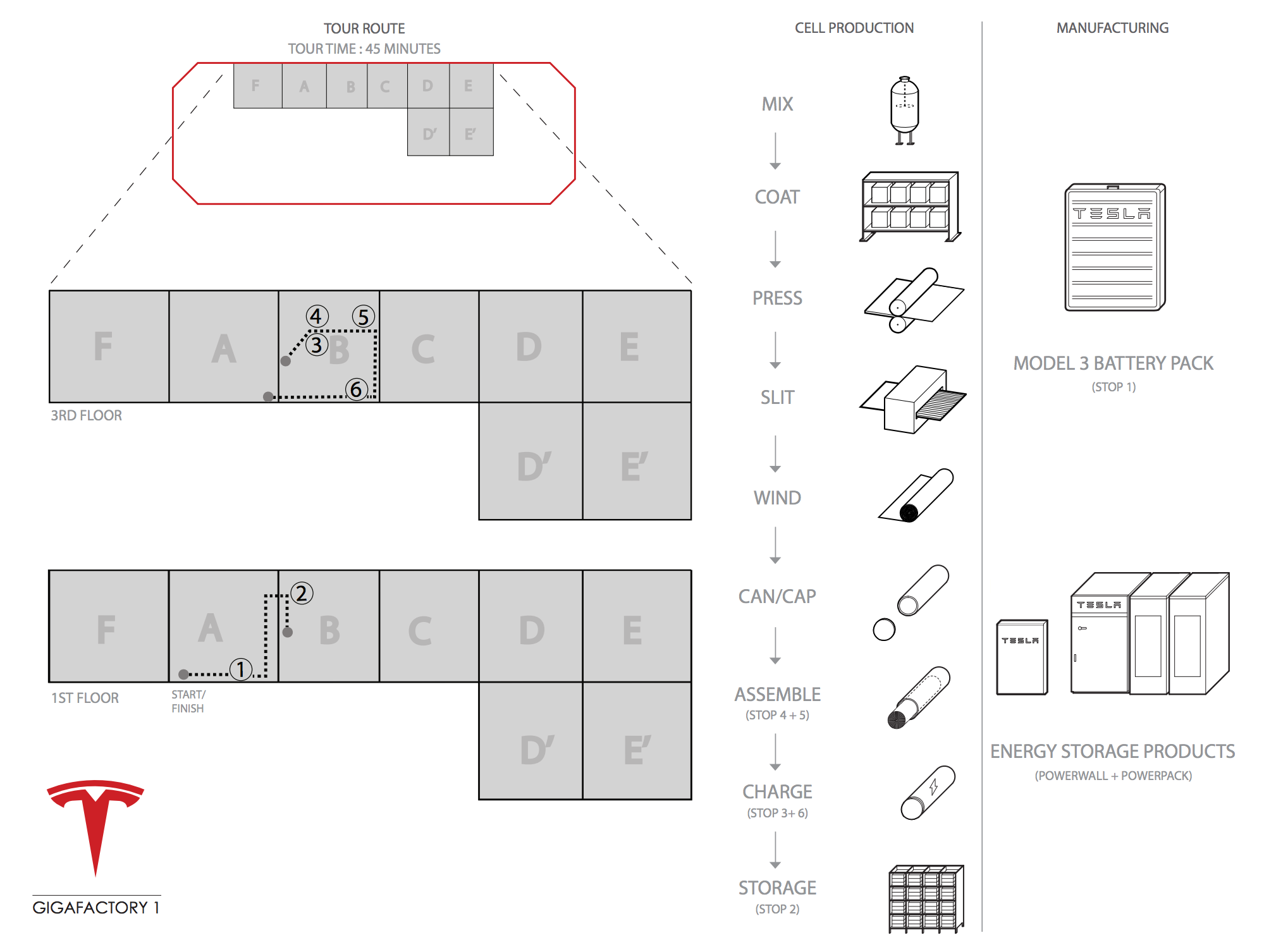 On the same handout for the factory tour, Tesla wrote:

“GF1 is the result of a partnership between Tesla and Panasonic, a relationship that began in 2006. Panasonic brings experience in high volume cell manufacturing, while Tesla provides creative, first principles thinking, clear vision, a rapid pace of execution, and the end product design and demand. Additionally, we’ve entered into agreements with the State of Nevada and Storey County for multiple tax abatements, and new agreements are being added as the factory scales. For example, a German battery component manufacturer recently began producing battery cell cans (outer metal cell case) on site.”

Electrek was able to confirm that Heitkamp & Thumann Group’s H&T Battery Components is the “German battery component manufacturer” in question.

The company released a few pictures of their operations at the plantsince the start of production in January:

H&T Battery Components says that it plans to employ over 100 employees at the Gigafactory:

“Since 2016 the Group is investing significantly in self-developed proprietary production technology for H&T Nevada, creating more than 100 new jobs in Sparks.”

That’s just for the cell cans. Those cells are currently used for the Powerwall 2 and Powerpack 2. Production is expected to soon ramp up since Tesla says that it plans to start using cells for Model 3 battery packs during the second quarter.