The Tesla Model Y is expected to be a compact SUV built on the same platform as the Model 3. The automaker hasn’t officially commented on when it plans to unveil the vehicle, but we have to assume that it will be relatively soon based on comments made by CEO Elon Musk.

In the meantime, we get another visual help to envision the vehicle with this new unofficial render.

Tesla hasn’t released a ton of information about the Model Y, but Musk said that the vehicle will feature ‘Falcon Wing’ doors like the Model X, which has been controversial among Tesla enthusiasts.

Last year, we asked our readers if they would want Falcon Wings on their Model Y and out of the 5,480 Electrek readers who took the poll, 58% said that they didn’t want the more complexed door system.

This latest unofficial render made by Autocar managed to capture that idea quite well in my opinion: 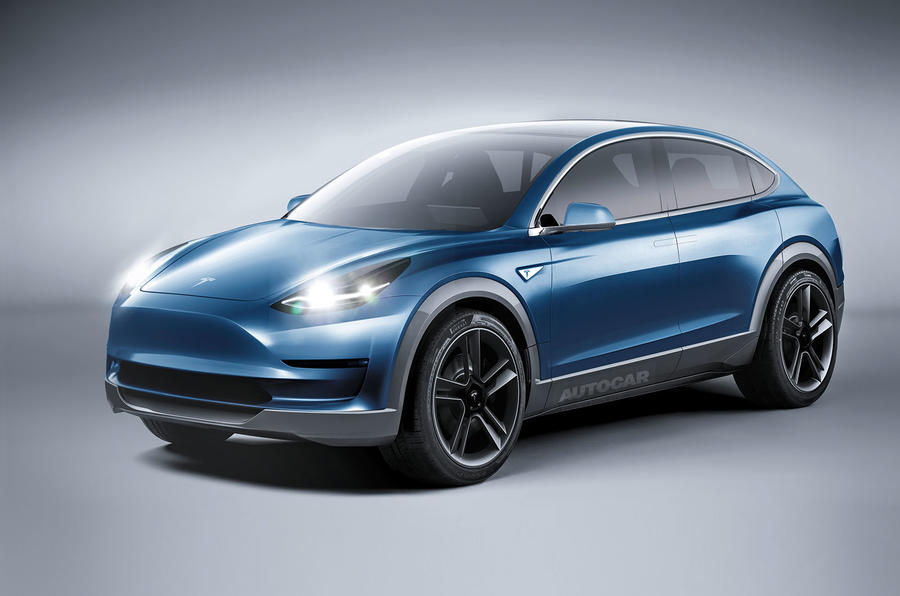 It’s probably the best third-party attempt to picture the Model Y that we have seen so far. You can even see the back of the center display from the windshield.

The Model Y is a hugely important part of Tesla’s expansion plan in the coming years, which the company believes will push its production from 80,000 vehicles last year to 500,000 in 2018 and 1 million in 2020.

Musk said that he anticipates demand for the Model Y to land between 500,000 to 1 million units per year.

The development of the vehicle is believed to be closely following the Model 3. Since they are built on the same platform, it should facilitate the road to production.

Since Musk said that Tesla planned to unveil the prototypes for its electric pickup truck and semi truck this year and that the Model Y is expected before those two vehicles, we expect to see the unveiling of the Model Y relatively soon.

Tesla is likely to keep the attention on the Model 3 until the start of production and final unveiling around July, but we would expect the Model Y to follow those events closely.

When do you think Tesla will unveil the Model Y? Let us know in the comment section below.