Electric vehicles deliver so much torque from 0 rpm that it is actually difficult to test them. You add a layer of difficulty when the electric vehicle in question is a Tesla Model S P100D with all-wheel-drive dual motor and over 700 horsepower.

Nonetheless, we want to know the max torque of Tesla’s top-of-the-line vehicle after its latest software upgrade that unleashed more power in the already record-breaking sedan.

Brooks from YouTube’s DragTimes set out to find out with a third-party test on the dynamometer, which showed that the vehicle can put down 920.37 ft lbs of torque.

But the vehicle could actually achieve  an even higher result in better conditions because as Brooks explains, the test was less than perfect and drained the battery:

“The first few tests were coming in pretty low due to the car pulling back power while throwing up some error codes.  The Tesla’s sensors were detecting that the car was not actually moving while the wheels were spinning, causing the car to stop accelerating on the dyno.  The first result was around 450 ft lbs of torque.  After some experimenting with different settings and start speeds we were able to get the Tesla to make power throughout the test with a top result of 920.37 ft lbs of torque and 588 horsepower to all 4 wheels. These results were obtained at a 88% state of charge along with some wheel spin during the test where the numbers were peaking.”

He estimates that his P100D could achieve over 950+ ft lbs without the wheels spinning on the dyno and with a higher state-of-charge.

The results are nonetheless impressive: 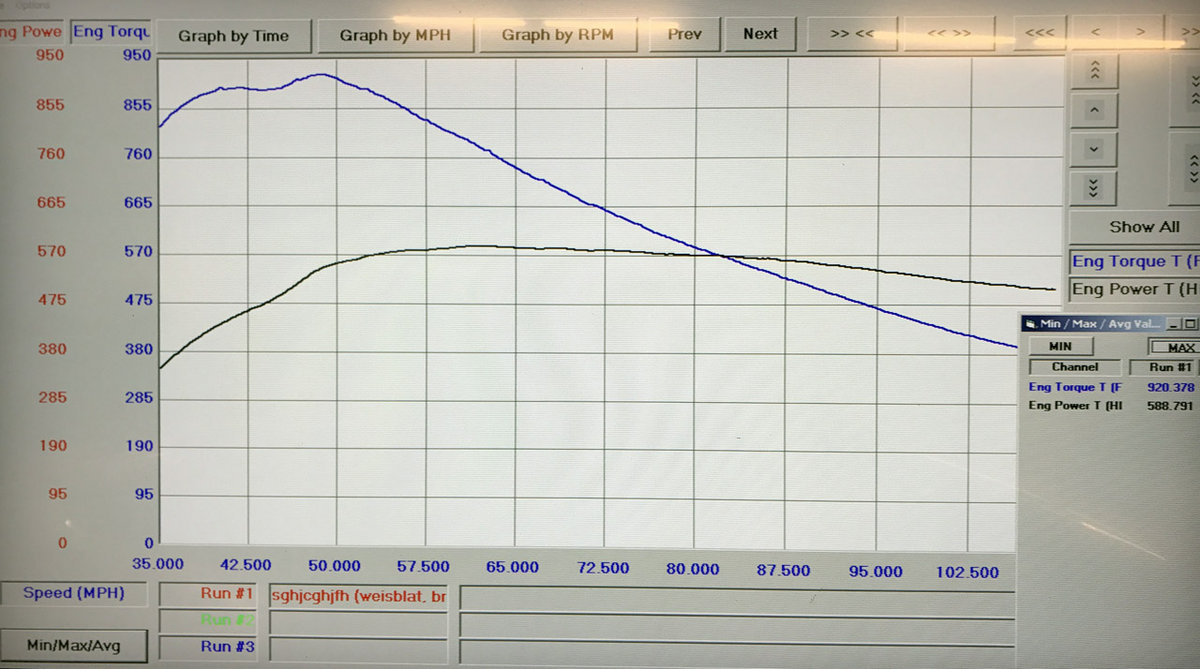 We are talking about a max torque that is putting to shame some supercars.

You can watch the tests here: