Exciting news coming out of Germany today. Mercedes-Benz announced that it started small series production of its first all-electric heavy truck, the Urban eTruck, and launched trials with customers in order to test the vehicle’s capacity on urban routes.

The company has been moving quickly on this project. After unveiling the prototype in September 2016, it’s already on the roads and in the hands of customers.

Long haul is still not ideal for electric propulsion and while some companies are working on it, like Tesla with its all-electric semi truck project and Nikola Motor with its battery/fuel cell hybrid truck, short-term applications in trucks are more likely to be successful for urban transport.

That’s what Mercedes is going for with the eTruck.

“Following the world premiere in September 2016 at the International Commercial Vehicle Show the customer reaction was outstanding. We are currently talking to around 20 potential customers from the disposal, foodstuffs and logistics sector. With the small series we are now rapidly taking the next step towards a series product. By 2020 we want to be on the market with the series generation.”

It is equipped with a massive 212 kWh battery pack, which can allow up to ~125 miles (200 km) of range with a capacity of 26 tonnes, according to the company. 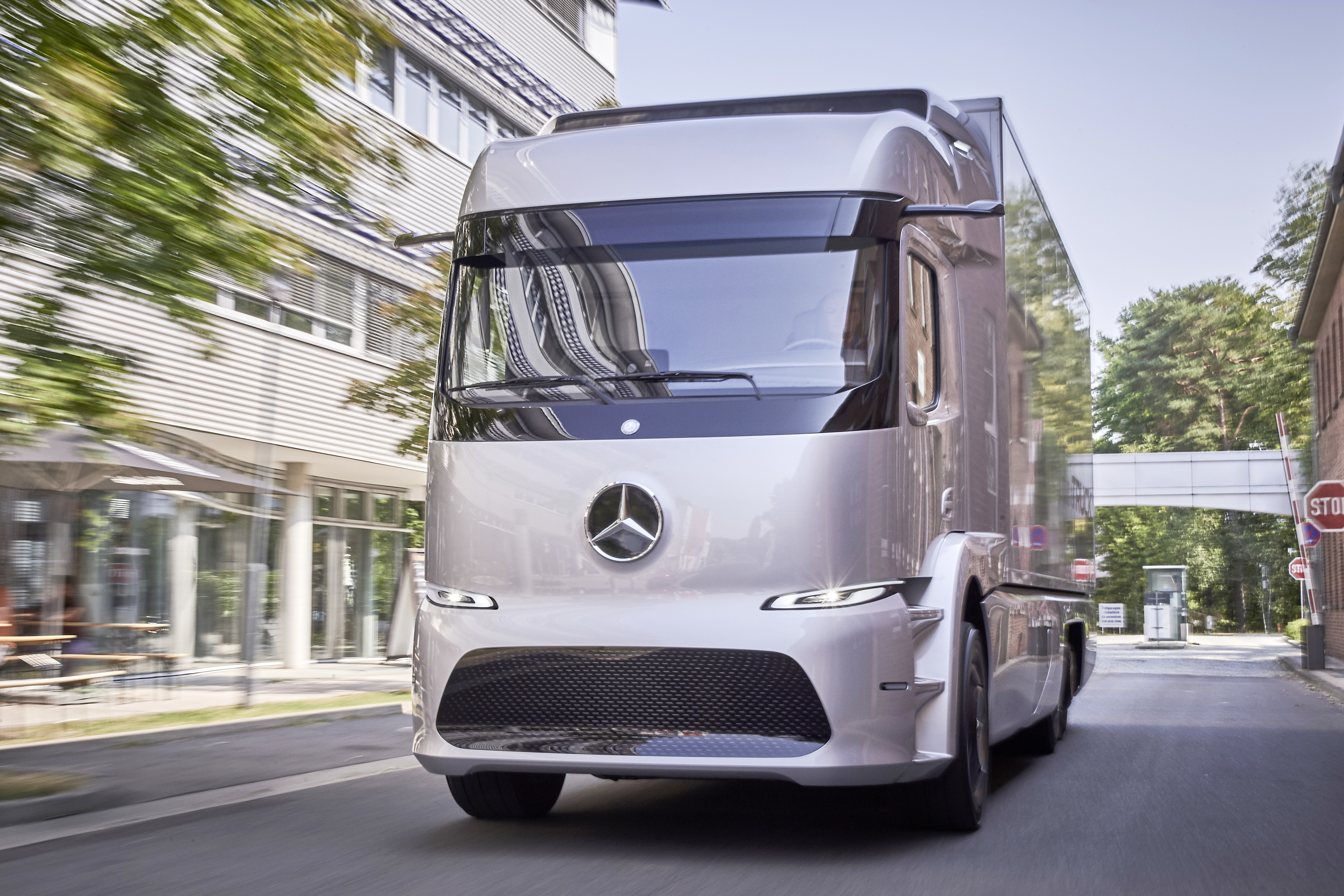 It is also offered in different configurations to enable different use cases:

In order to be able to depict the various application possibilities, 18- and 25-tonne models will be equipped with a refrigerated body, as a dry box body and as a platform vehicle. Together with a special charger which takes into account the increased demands on a truck, the vehicles will be handed over to the customers to use for a period of twelve months and supported by Mercedes-Benz Trucks road testing department. During this time the use profiles and areas of application will be recorded and the knowledge gained and expectations compared.

Mercedes is currently talking about “low two-figure number of units” going to customers in Germany for a test period of 12 months. The vehicles are being delivered with what the company calls “a special charger which takes into account the increased demands on a truck” – though without disclosing the power capacity.

As Buchner stated, the company is proceeding with the small series production in steps and the final version of the vehicle is planned for 2020.