After months of teasing its electric truck, Nikola Motor finally unveiled the first Nikola One prototype before a crowd at its Salt Lake City headquarters last night. There wasn’t any surprise for the truck itself and most of the startup’s plans, but they did reveal a few new partners and explained in more details what they plan to do and when they plan to do it.

The Nikola One is an electric Class 8 truck powered by a 320 kWh battery pack and a stack of hydrogen fuel cells, which the company claims enables a range of 1,200 zero-emission miles. The vehicle was first supposed to be equipped with a natural gas range extender, but the company announced a few months ago that it will be using hydrogen fuel cells and possibly also natural gas in different markets.

That’s where things are difficult to believe. With a 320 kWh battery, which is large for your average electric vehicle, but not sufficient for a class 8 truck, you can’t go anywhere with that kind of energy towing 80,000 lbs. Nikola’s concept relies on hydrogen and there’s just no hydrogen infrastructure in the US, or almost anywhere else on the planet for that matter.

Hydrogen fuel cells fans, like Nikola Motor CEO Trevor Milton, like to point out that it’s the most common element in the universe, like he did during his 40-minute presentation (embedded below), and it is true, but they always forget to mention that it doesn’t exist on our planet in any usable form for energy storage. We need to create it.

There are different ways to create it, but Milton said that Nikola plans to use electrolysis powered by solar farms. They plan to build those solar farms, electrolysis plants, storage systems, and then transport the hydrogen to refueling stations.

The company announced that they plan to cover North America with over 300 hydrogen refueling stations with construction starting in 2018 and the first stations being operational in late 2019: 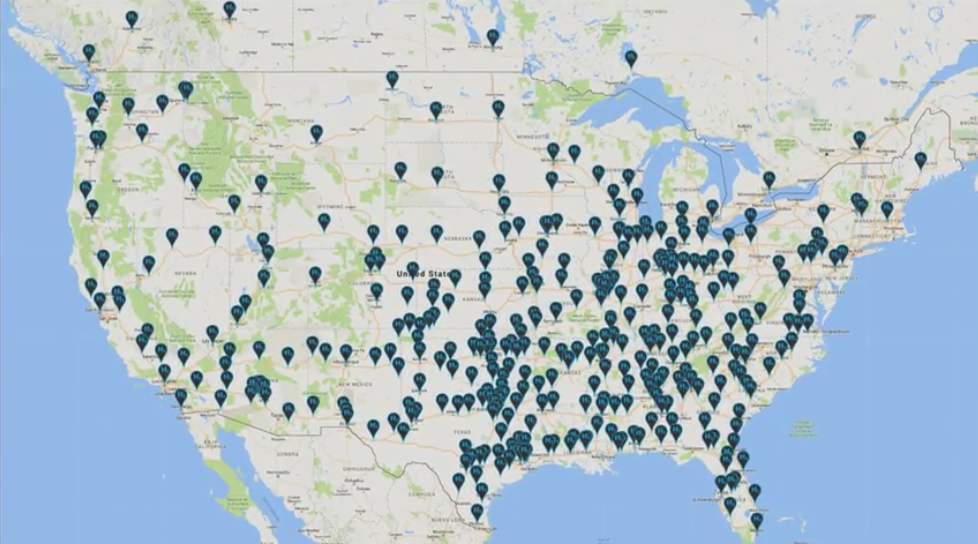 The company will not sell hydrogen and instead, the cost will be included in the $5,000 to $7,000 monthly leases Nikola plans to offer.

Milton didn’t explain how he plans to accomplish that with his team of roughly 20 people nor where the money will come from for all those stations. It seems like an unlikely plan at best at this point.

The plans for the actual manufacturing of the Nikola One truck seemed a lot more realizable than the hydrogen infrastructure plans, but one doesn’t work without the other.

The company partnered with truck manufacturing and tuning company Fitzgerald. They will be taking care of the manufacturing of the first 5,000 units, according to Milton, but he wants for Nikola to eventually take over the production process with a $1 billion manufacturing facility to be announced next year. 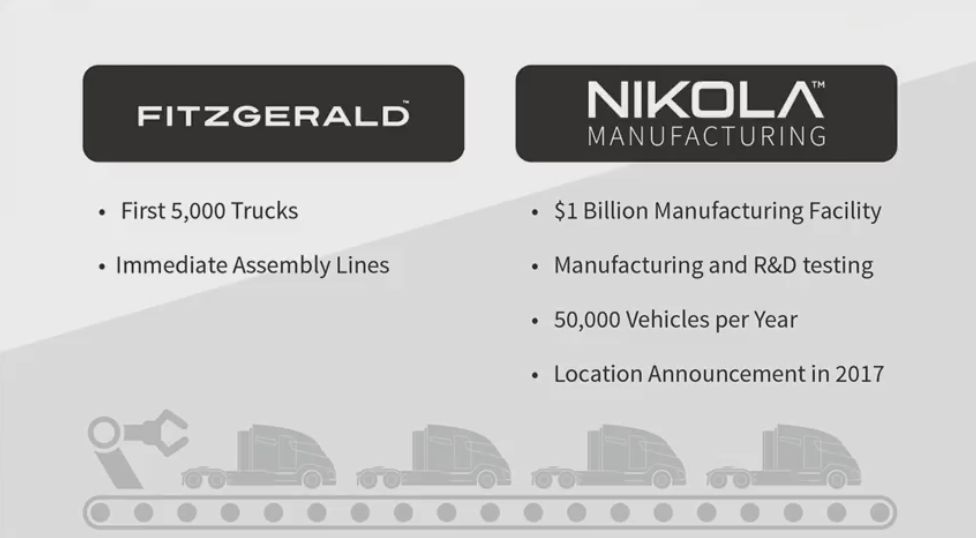 Where the money will be coming from for the factory is also unknown at this point. They still have some time to figure this out since Nikola One is not expected to hit production until 2020 – when the first hydrogen stations are planned to be active.

The truck itself was designed by Nikola’s team in partnership with two engineering firms, Pratt Miller and Meritor. Here’s the prototype:

The company claims to have received reservations worth nearly $4 billion, but they didn’t disclose if there’s a deposit attached to those reservations. Apparently, U.S. Xpress is among those who reserved the Nikola One.

Ryder System with its network of 800 service locations in North America was announced as Nikola’s exclusive nationwide distribution and maintenance provider for the Nikola One.

Milton also announced a Uber-like service for cargo that he presented as a way to facilitate the job of independent truck drivers that will be leasing Nikola’s trucks. 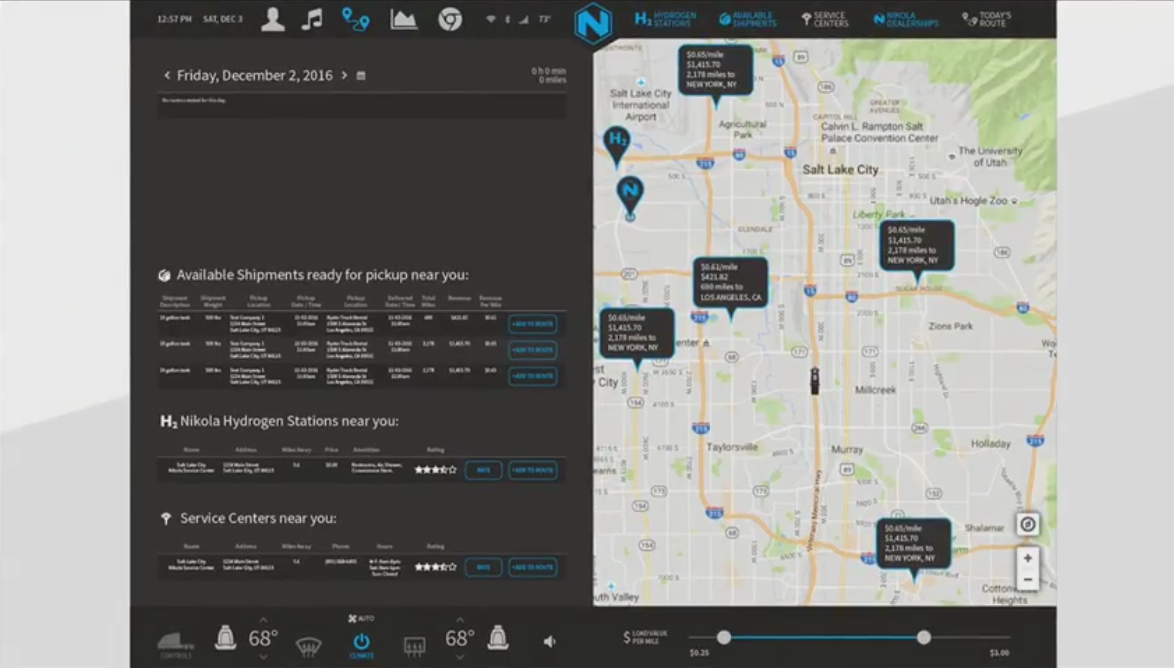 Nikola Motor will serve as a trucking company with customers and it will list jobs for independent drivers to deliver.

A mentioned ‘Uber-like’ service, but Uber itself is actually working on a similar service with its UberFreight. The company started testing the service earlier this year alongside its autonomous driving program by Otto. They made the promotion of it during an autonomous beer run with Budweiser.

Speaking of autonomous driving, Milton mentioned cameras around the Nikola One, but he said that they are in place for the driver to have a better vision of his surroundings. It didn’t mention any advanced autonomous features for the Nikola One.

You can watch the presentation in full here: