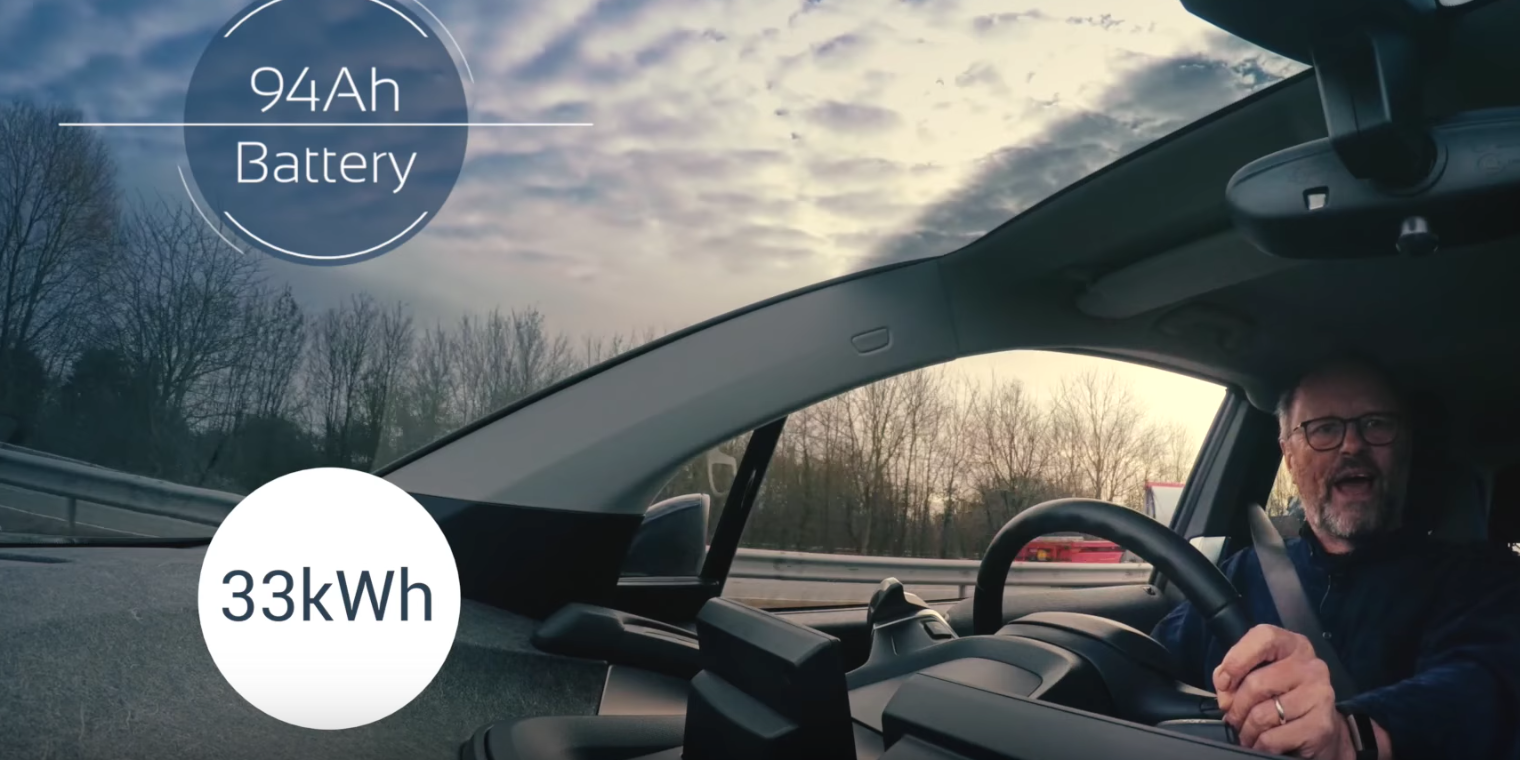 In the last 3 months I’ve driven 2 electric cars originally launched a few years back, both with the bizarrely standard ‘almost 100 miles (160 km) range.’

Now both cars have been re-launched with higher density battery packs that are the same physical size. These improvements bump up the range considerably.

Most impressive in increased energy density is the Renault Zoe, with a jump from 22 kWh to 41 kWh in the same sized pack. This now has a genuine 180+ mile (290 km) range car.

BMW are not far behind, increasing their battery capacity from 22kWh to 33kWh, again, in the same sized battery pack.

This is all good stuff, it’s heading in the right direction and after 7 years driving electric cars, I know from first-hand experience that a jump from a realistic 80-90 miles (original i3, Nissan Leaf, Renault Zoe) to around 150-mile (250 Km) range, in all weathers, with hills, rain, cold, makes a massive difference.

Particularly in the UK where driving 150 miles can take hours, believe me.

However, here’s the fascinating conundrum that the world’s big car manufacturers are faced with, and I don’t envy them.

Over the last 70 years they have spent billions perfecting manufacturing systems that enable them to churn out train loads of fossil burners at relatively low cost.

When you consider the incredible complexity of the engines, 400 to 1,000 moving parts, the host of safety and emissions regulation they are supposed to adhere to and the fluctuating costs of raw materials they consume it’s a heady achievement.

They’ve done an amazing job, it’s all going very well, output is up, profits are healthy but recently there have been rumblings of discontent from both car buyers and governments around the world.

Traditional ICE cars are inefficient, expensive to maintain and air quality in cities is big news.

The initial purchase cost can be low because the manufacturers expect to make a profit from the endless servicing and parts these cars require during their lifespan.

Some manufacturers have made tentative steps into the electric vehicle market, with varying results. To start, these low volume cars were eye-wateringly expensive. ‘It’s because of the batteries’ said the PR blurb. And indeed, it was true, 7 years ago batteries were expensive.

They’re getting cheaper. Much cheaper.

Numerous august scientific bodies, many banks and financial houses predict the arrival of the $100 per kilowatt hour battery in the next 3 years.

That would mean that at a very basic level, the new battery pack in the BMW i3 would cost $3,300.

Of course it won’t due to the packaging and everything associated will make it a little more expensive than that, but what this means is a new electric car could be cheaper to buy than a clunky old fashioned ICE powered car by as soon as 2020.

I’ve discussed this off the record with numerous engineers from big car companies over the years, it’s a real dilemma. Here’s the crux:

Suppose Nissan could sell a Leaf for $12,000 and make a profit while their similar sized petrol car, the Versa Note hatchback was $14,500.

They have massive factories all over the world designed and set up to churn out Versa’s, they’ve invested billions in high volume engine plants that build the power units, they employ thousands of workers, often with complex subsidies and tax breaks with national and local governments.

It’s a complex web of arrangements and investments and this new-fangled electric stuff means a massive and costly transition.

They need to maintain the price differential to protect their core products. It’s companies like Tesla that could mess everything up for them. Tesla don’t make petrol or diesel versions, they’re not in the same trap.

I don’t have any doubt this transition will take place, I have less doubt that in maybe 10 year’s time, electric cars will not only be cheaper, but they will by dint of the ease of making them autonomous, the fact that they are a moveable and useful power source and the massive advantages they have in cities, be ubiquitous.

In the meantime, it’s mugs like me who fork out for overpriced electric cars because we now know from experience they are simply better at doing the job.

Here’s a final stat which might shed more light.

My Nissan Leaf, 2011, original Japanese built model with lousy heater and limited range of 60 miles (winter) to 80 miles (summer) on a charge.

One service £200 ($250) two new tires and some screen wash. It’s never ‘broken down’ it’s only run out of juice once when I made an episode of Fully Charged about what happens when you run out (it stops).

I use it every day, it’s dirty, the front wing is dented, the interior is a mess, it’s easy to drive and incredibly reliable. Nissan have made $250 from me since I bought it and I kind of resented that because they didn’t do much but they did wash it and clean the interior which was nice.

[Editor’s Note: We’re extremely excited to introduce Fully Charged‘s Robert Llewellyn who will be bringing his smart and witty UK-based YouTube show to Electrek readers once or twice a week. We’ve long been fans of the program which covers the future of transport and energy. Enjoy and look back though the channel for more here.]