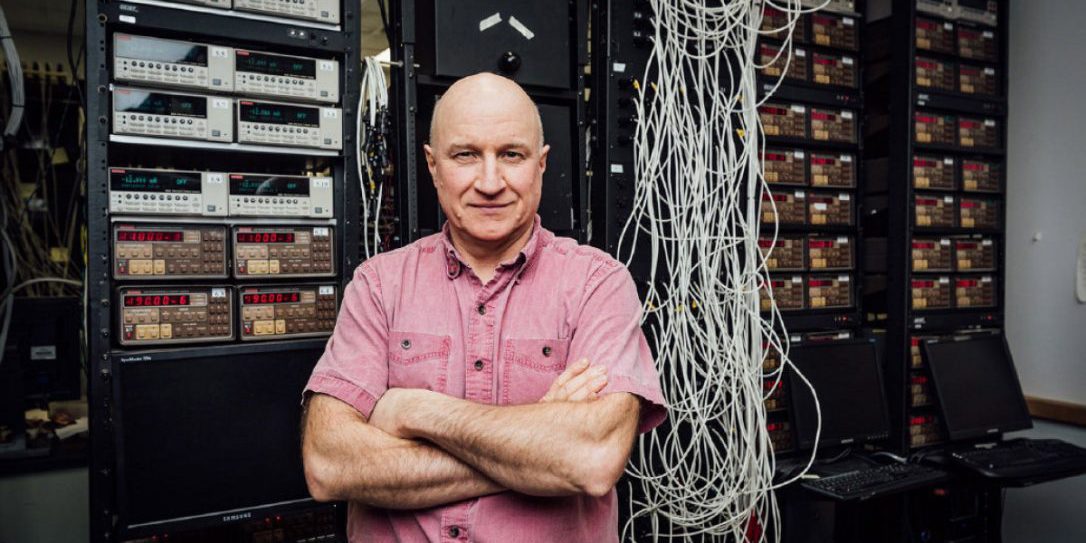 Jeff Dahn, renowned battery researcher and the leader of Tesla’s research partnership through his battery-research group at Dalhousie University, won the prestigious Gerhard Herzberg Canada Gold Medal for Science and Engineering this week and made some interesting comments about his partnership with Tesla.

Last year, Dahn transitioned the group from their 20-year research agreement with 3M to a new association with Tesla under the newly formed ‘NSERC/Tesla Canada Industrial Research’.

Through the agreement, Tesla invested in a new research lab close to Dahn’s group near Halifax, Nova Scotia.

Dahn is considered a pioneer in li-ion battery cells since he has been working on the batteries pretty much since they were invented. He is credited of having help increase the life cycle of the cells, which helped their commercialization. His work now focuses mainly on a potential increase in energy density and durability.

They have only been working with Tesla for 6 months and his work hasn’t influenced the automaker’s products yet, but he says that’s about to change (via CBC):

“At this moment, we’ve been working with Tesla only for six months so far, and none of our research has made it into their products yet, but I’m quite confident that our work will be incorporated in their products going forward, and that’s pretty exciting for us.”

The Natural Sciences and Engineering Research Council of Canada released an interview with Dahn (watch below) during which he explained that they have three main goals with Tesla’s research partnership:

The group has published research to identify “unwanted parasitic reactions” that degrade batteries and reduce their lifetime. They are trying to eliminate all those reactions, which would result in a longevity breakthrough for li-ion batteries to last for decades without losing capacity.

Tesla developed a new battery chemistry in partnership with Panasonic. They are now manufacturing those batteries in a new 2170 battery cell format. Following Dahn’s comment about his group’s work being “incorporated in Tesla’s products”, we asked a Tesla representative if the new cells have been developed with inputs from Dahn’s work. We will update if we get an answer.

The new cells went into production last month at the Gigafactory, but Tesla uses different cell chemistry for different applications. The cell currently in production are for Tesla’s stationary energy storage products, the Powerwall and Powerpack, and new cells will go into production for the Model 3 during the second quarter, according to Tesla.

Here’s the interview with Dahn: