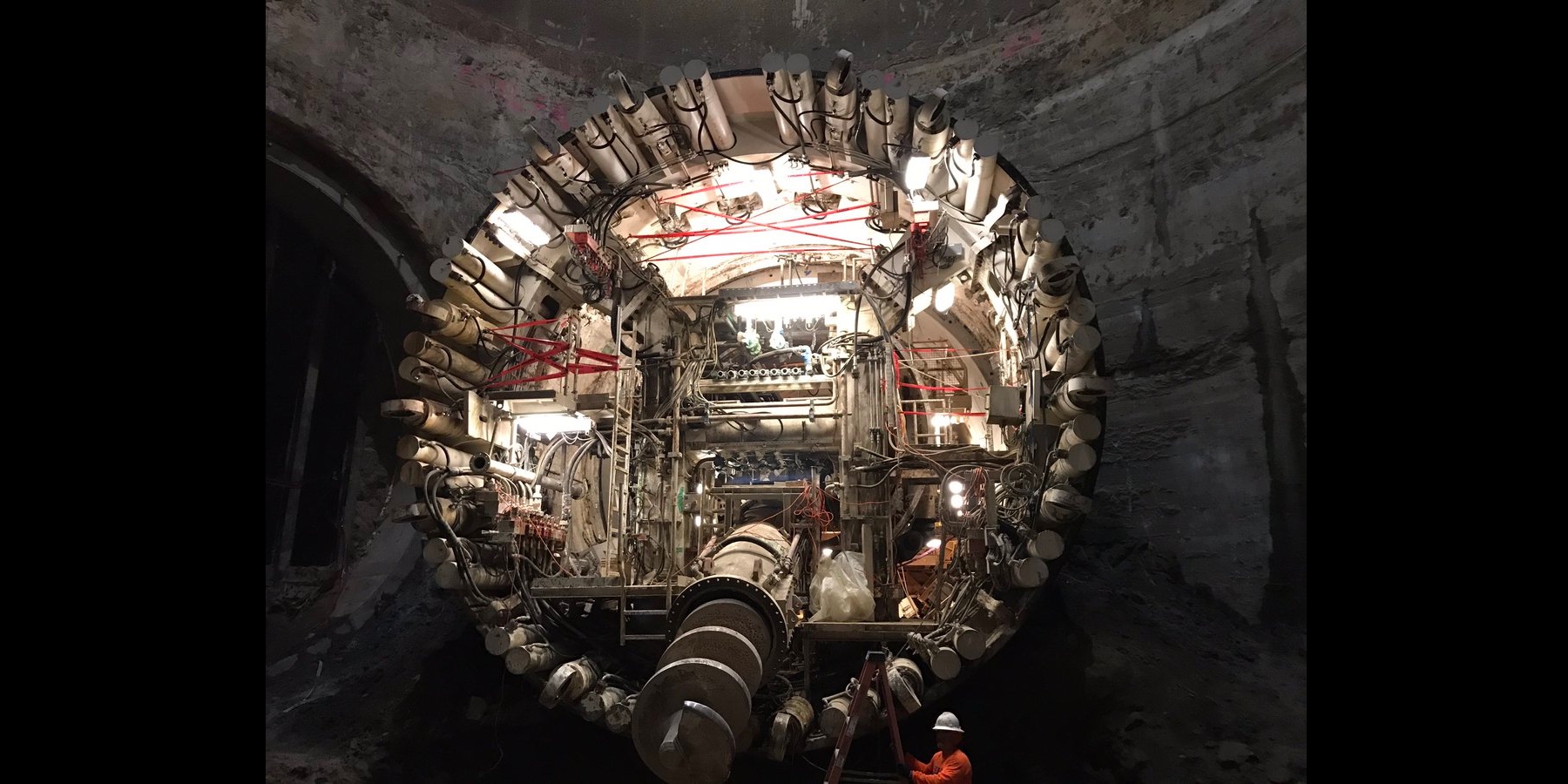 A few weeks after announcing his intention to launch a new company to build a boring machine and improve tunneling time, Elon Musk appears to have released the first picture of the machine. It could be the first product from what the CEO has been referring to as “The Boring Company”.

Musk, CEO of both Tesla and SpaceX, has been moving fast. Last month, he said that they have made “exciting progress” and at SpaceX’s Hyperloop Pod Competition last weekend, he announced that they started digging a tunnel in front of the company’s headquarters.

At the time, it was only a hole in the parking lot in front of the CEO’s office, but now it looks like they are equipped to turn that hole into a tunnel.

It’s not clear if it is at the location yet, but Musk took to Twitter to release the image of the machine with the simple caption “Minecraft”:

An image comparison shows that it looks like part of a very large boring machine with the cutting head unattached.

It could be an existing boring machine that Musk’s team plan to retrofit and in order to test their own digging techniques.

Last week, Musk admitted that “they don’t really know what they are doing” when it comes to digging holes, but he sees an opportunity to significantly increase the speed of making tunnels.

According to his own estimate, a 5 to 10x increase in speed is possible.

The goal is make tunneling easier and faster so that tunnels become more popular, which Musk sees as a solution to traffic in urban areas and a way to bring transportation into the three-dimensional world – like buildings.

While Musk half-jokingly made a reference to this project being under a new company, it plays into Tesla’s mission in the sense that alleviating traffic helps reduce fuel consumption and therefore emissions from transport.

Though the project seems closer to SpaceX since they are building it in their parking lot and as we previously reported, it would be a good test-bed for the company’s planned Martian colony, which could use some good digging techniques to build habitats safe from the extreme cold, low pressure, and high radiation of the red planet.

Update: It appears the same boring machine was used to create a 26 ft diameter tunnel running 2 miles under D.C:

If you consider installing a solar array at your home or business, we recommend getting quotes from more than one installer in your region. You can see if it makes sense for your property and if you can be saving money on your energy bill with a free solar quote here.