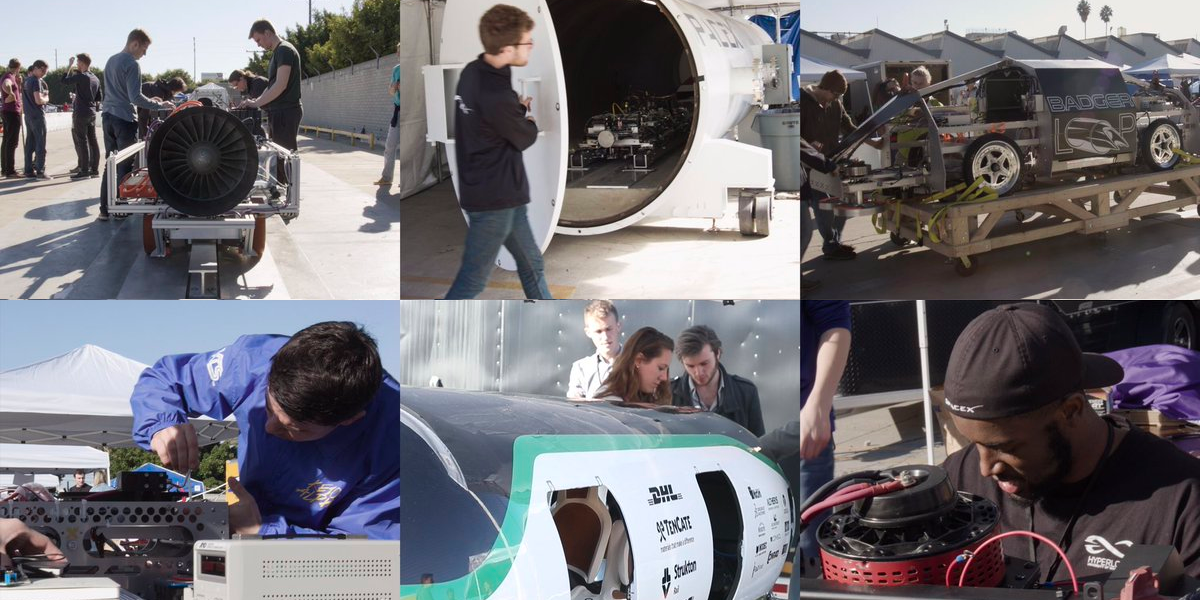 SpaceX is holding the last phase of its first ‘Hyperloop Pod Competition’ this weekend at its headquarters in Hawthorne, California. Surprisingly and despite some startups making significant progress, this mostly-student competition could represent the most advanced hyperloop technology demonstration since Elon Musk first published the idea back in 2013.

Need I remind anyone that SpaceX built a 1-mile long test track in the middle of Los Angeles for the competition?  That’s quite a scene for a student competition. I say student competition because even though it was opened to non-student teams, only one made it passed the design phase and to the actual race track competition.

While the track is not to scale with an actual hyperloop system, like the one under construction by Hyperloop One in North Las Vegas, it is still a functional hyperloop tube. it can create a near-vacuum from 0.02 psi (~99.8% vacuum) to 14.7 psi (pressure at sea level).

Don’t worry. They didn’t build it just for that occasion. They already planned a second round of the competition for this summer.

The 2 dozen teams of students and engineers have created hyperloop pods to compete and try to achieve the greatest speed and control on the 1-mile track.

They have already conducted tests in SpaceX’s vacuum chamber. The rocket company has a Twitter account worth following for the competition:

They have been posting some pretty cool pictures of the competition so far:

The competition will be held through the weekend. Hopefully, a livestream will be made available for the actual runs in the test tube – something Elon Musk promised when announcing the competition. We will keep you updated when we get more information.